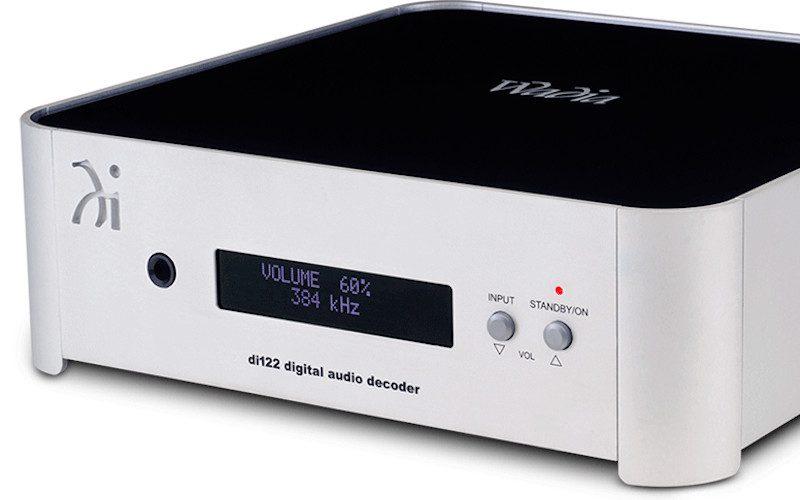 Founded nearly 20 years ago, Wadia is now part of the McIntosh Group that owns uber-high-end audiophile brands such as McIntosh Labs, Audio Research, and Sonus faber. Digital technology is in Wadia's DNA, and the company's ideal customer also fully... 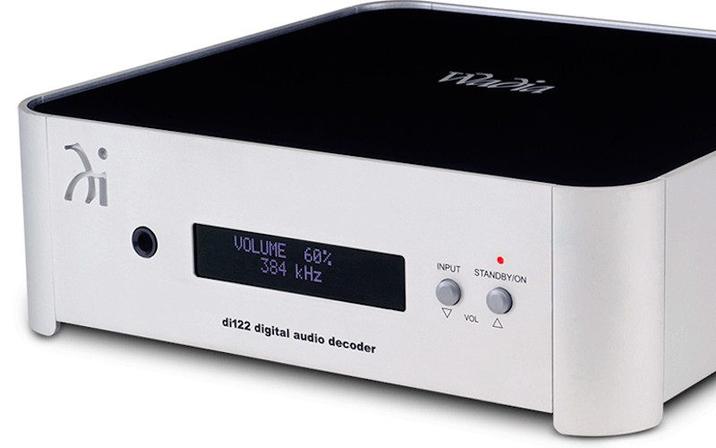 Founded nearly 20 years ago, Wadia is now part of the McIntosh Group that owns uber-high-end audiophile brands such as McIntosh Labs, Audio Research, and Sonus faber. Digital technology is in Wadia's DNA, and the company's ideal customer also fully embraces modern audio technology. My system features a library of ripped CDs in the AIFF lossless format, a subscription to TIDAL, and a growing library of high-resolution audio files, mostly in 24/96 and 24/192. On the other hand, if your favorite source is a turntable ... well, Wadia is probably not the brand for you.

I recently reviewed and was impressed with Wadia's a102 50-watt digital amplifier. Hence, I was eager to delve in and explore its sister component, the di122 digital audio decoder. These two components are a matched pair--even carrying the same $1,500 price tag--with a modern, industrial style characterized by a small, silver, aluminum chassis and a black glass top with the Wadia logo. The front faceplate features a digital display that indicates the source and playback resolution.

I value simplicity and find many preamplifiers to be unnecessarily complicated--with quirky, less-than-intuitive setup procedures and too many bells and whistles. Instruction manuals that resemble "War and Peace" are intimidating and overwhelming. So, it was refreshing to find that the installation, hookup, and operation section of the di122 manual is only eight pages, and hooking up the di122 was quite easy. There are five digital inputs (two coaxial, two optical, and one Type B USB) and a matched pair of outputs: XLR and RCA. Setting up the di122 involves plugging in your sources, connecting it to an amplifier, and adjusting the volume--and away you go.

Arguably, in terms of setup and user operation, the di122 is reminiscent of an old-school preamplifier, except it accepts only digital sources. Features commonly found in other digital preamplifier/DACs--such as the ability to rename inputs or turn off the inputs that are not in use--are absent here. The di122 also lacks room correction, EQ, sub-out, tone controls, and RS-232 control. The remote is not programmable. This is a true minimalist design. (For the record, Wadia also offers the di322, which has more features than this entry-level model.) Do not be fooled, however. Despite all that is missing--which could be viewed as a negative for those valuing a features-laden product--the di122 is no lightweight in the most valued area of all: performance.

At the heart of the Wadia di122 resides the popular ESS 9016 SABRE32 Ultra 32-bit, eight-channel audio DAC. I like Wadia's design decision here. Different manufacturers chose different chips for a plethora of reasons, but predominately cost. It is worth noting that many of the di122's competitors do not decode PCM 24/192 or even DSD. These are commercially viable, ubiquitous formats in today's marketplace. The Wadia di122 can decode up to 32-bit/384-kHz PCM, DSD64, DSD128, DXD352.8, and DXD384 via its USB input. So, while the di122 does not boast all the in-your-face features found in other products in its price range, the di122 does play virtually all commercially available high-resolution sources, making it versatile today and future-proof for tomorrow.

I recently downloaded a few high-resolution releases, including Jethro Tull's Aqualung (24/196), Sonny Rollins' Saxophone Colossus (24/192), Eric Clapton's 461 Ocean Boulevard (24/192), and Wynton Kelly Trio with Wes Montgomery's Smokin' at the Half Note (24/192). Given my experience with the a102 digital amplifier, I expected the di122 to perform in a class beyond its price tag. Sonically it did a far better-than-average job of decoding and presenting the subtle, lifeless, or lost details in the high-resolution versions versus my original lower-resolution versions. No doubt this was due to the di122's accurate decoding and low noise floor. Acoustic guitars sounded more present, saxophones had improved timbre and tenor, and cymbals possessed greater clarity and presence. In all cases, the di122 presented an accurate, unwavering soundstage and clear instrument separation, regardless of their volume in the mix or placement. Vocals were always intelligible, particularly between lead and background tracks, such as on "Get Ready," "I Shot the Sheriff," and "Let It Grow" on 461 Ocean Boulevard. I have always believed a good preamplifier or decoder should be the forgotten component in an audio system because it does not get between you and the intention of the music. The di122 is neutral in this regard, leaving the music to make its best impression. High Points
• This $1,500 preamp revealed subtle details in the music reminiscent of a product costing much more. This is especially true with high-resolution sources. Sound quality is the di122's greatest strength. You will feel closer to the music.
• The di122 offers old-school simplicity in a fully digital, state-of-the-art preamp that embraces modern design.
• The di122 offers the ultimate in flexibility for decoding nearly all commercially available, high-resolution digital formats, making it future-proof for years to come.
• No space? No problem. Much like its sister component, the a102 digital amplifier, the di122 is small, runs cool, and fits easily in small spaces. It is perfect for a small- to modest-sized apartment or listening room.

Low Points
• Simplicity is a knife that cuts both ways. If you prefer or require a features-rich digital preamp, the di122 may not be for you.
• The remote requires some rethinking. While quality is not an issue, its layout and functionality are. The "mode" button controls the power, the "enter" button enables or disables the "auto-power-off" feature, and the "phase" button is disabled. Wadia indicated to me that this remote is used in other Wadia products. As a result certain buttons are disabled or, in my view, seem illogically named.
• The di122 does not include a front- or rear-panel USB type-A input to accommodate an iPod, iPhone, or iPad--and this feels like a necessity in today's digital world.

Comparison and Competition
Competition for the Wadia di122 is robust and includes the Rotel RC-1570 ($995), Parasound Halo P5 ($1,095), Peachtree Audio sonaDAC ($1,295), and Cambridge Audio Azur 851N ($1,800). All are two-channel preamplifiers and provide more bells and whistles than the Wadia, with the Cambridge Audio Azure 851N likely being the most full-featured of the bunch. Neither the Rotel nor the Parasound decodes DSD, and the Parasound limits PCM decoding on the USB input to only 24/96--a major downside, in my opinion. The Cambridge Azur decodes all PCM high-resolution formats and DSD64, but not DSD128, a widely available format. Among the products listed above, only the Wadia and Peachtree decode up to 32-bit/384-kHz, as well as DSD64 and DSD128. The Peachtree sonaDAC utilizes the ESS Reference DAC (9018) and is probably the most similar product to the Wadia di122. This makes the di122 among the most versatile and future-proof of its competitors.

Finally, having previously owned the Benchmark Media DAC2 ($1,700 to $2,000, depending on model), I can say from a performance standpoint that it gives the Wadia di122 a run for its money. It is an outstanding digital-to-analog converter and minimalist preamp, with virtually no frills other than an outstanding headphone amplifier. Some may disagree, but the Benchmark DAC2 does not carry much in the looks department. Finally, it will soon be replaced by the even-pricier DAC3 featuring the newer ES9028PRO DAC.

Conclusion
The Wadia di122 digital audio decoder embraces simplicity and performance like few other products on the market. As I conclude my time with the di122 and this evaluation, I believe Wadia wisely chose to name the di122 a "digital audio decoder" instead of calling it a "digital preamplifier." That is not because the di122 is not a great digital preamplifier. It certainly is. It is just that the di122 performs first and foremost as an outstanding digital converter that also behaves admirably well as a preamp--instead of being first and foremost a digital preamp with all the bells and whistles that also decodes digital sources. Really what it comes down to are your priorities. In my view, the di122 is exclusively for the discerning, value-oriented audiophile who fully embraces digital content and prioritizes performance--mainly turning ones and zeros into the best sound possible--above all else. I believe the di122 should be mated (or at the very least auditioned) with its sibling amplifier, the a102. If you came to me and asked for advice on building a new $5,000, two-channel audio system from scratch, I would absolutely send you to the nearest Wadia dealer for a serious audition.