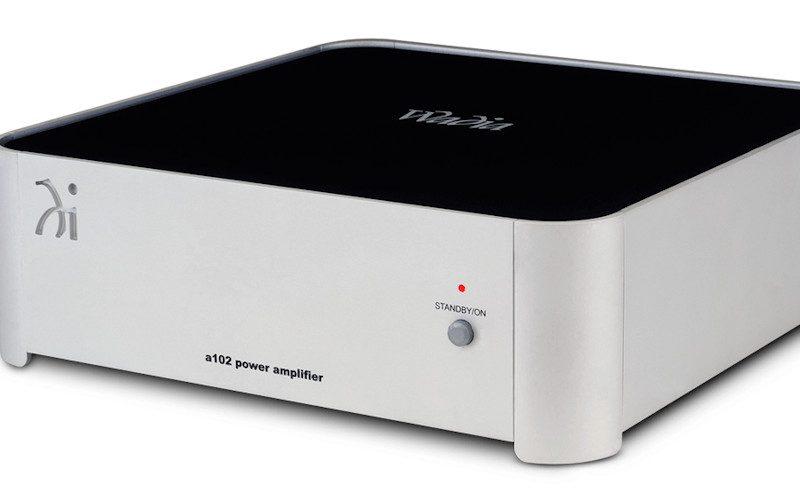 Amplifier Reviews, Equipment Reviews
Published On: December 14, 2016
We May Earn From Some Purchases Via Affiliate Links

Wadia Digital was founded in 1988 by engineers formerly from 3M (Minnesota Mining and Manufacturing Company) who believed in the betterment of digital audio reproduction through research and development and the application of state-of-the-art technologies. Wadia may have been a...

Wadia Digital was founded in 1988 by engineers formerly from 3M (Minnesota Mining and Manufacturing Company) who believed in the betterment of digital audio reproduction through research and development and the application of state-of-the-art technologies. Wadia may have been a little early to the digital party, but the company’s long-term vision was spot on. Now, a little more than 25 years later, we live in a world where music is predominately recorded, distributed, purchased, and stored as ones and zeroes. This is the sweet spot for companies like Wadia, which fully embrace our digital age. The Class D, 50-watt a102 digital stereo amplifier ($1,500) is the less powerful and more affordable of two stereo amplifiers that Wadia currently manufactures.

To my surprise, when the a102 amplifier and its companion, the di122 digital audio decoder, arrived at my door, the boxes were much smaller than I anticipated … and they weighed almost nothing. Furthermore, when I unpacked the matched pair of components (see photo below), I measured each having a footprint of only about 100 square inches–10 inches by 10 inches–which is one-third the approximate 300-square-inch footprint of my reference amplifier and preamplifier.

I greatly appreciate the small stature of the a102 because it affords a lot of placement flexibility, which is ideal if you live in a small apartment like I do. Furthermore, because the a102 is a digital amplifier that runs almost completely cool, it requires little overhead space (Wadia recommends about two inches). In my view, the a102 is also quite handsome. The front and sides are silver aluminum, with the Wadia logo machined into the faceplate. The top is black glass with a silver Wadia name printed on top. The rounded corners give it an extremely modern look that will fit with practically any décor.

I was pleased to see a pair of balanced XLR inputs on the rear, which are not only functionally superior to RCA inputs but also make a statement that the a102 was designed for serious audio enthusiasts. If I had to describe the overall aesthetics of the a102 using one word, I would say “understated.” It has a clean, modern look that goes hand in hand with the modern technology it represents.

The negative reputation surrounding legacy Class D amplifiers in high-end audio circles is well known. Slow switching at the output stage creates distortion, resulting in a colder or harsher sound compared with more linear Class AB and Class A circuits. In more recent years, however, Class D technologies have evolved considerably, from B&O’s ICE chip to companies like Classé, NuForce, Rotel, Red Dragon, Peachtree, and Wadia that have all introduced technologies that have made Class D amplifiers widely accepted in high-end audiophile circles.

I listen to a lot of jazz, classic rock, and acoustic music, and I put the a102 through the paces with high-resolution 24/96 and 24/192 recordings from Cannonball Adderley, Thelonious Monk, Yes, King Crimson, Bob Dylan, Jethro Tull, and Queen. This music was reproduced with a smooth midrange, a large soundstage, and articulate and controlled bass. I would also describe the bottom end as being a bit more forward than my usual listening preference; however, it was far from offensive. Never during my evaluation was it obvious that I was listening to a digital amplifier. During long listening stretches, the a102 heightened my overall listening enjoyment and continued to impress. If I had to describe the a102 with a single line of commentary, I would say that it’s a value product that puts the music first. It is all about maximizing enjoyment without the frills. 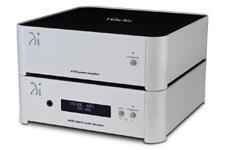 High Points
• Class D amplifiers offer a plethora of positives versus Class A and Class AB designs, including but not limited to: a small footprint, low heat emission, and power efficiency. If these attributes are critical to you, then the a102 should be on your shopping list.
• The a102’s bass control is exceptional, if perhaps a bit forward. Whether I was listening to jazz, rock, reggae, funk, blues, or soul, the a102 was consistent in its ability to produce clear, fast, well-articulated bass.
• The Wadia a102 includes balanced XLR connectors, which are not a given on many amplifiers below $2,000.

Low Points
• The a102’s small stature allows for flexible product placement; however, it does limit the amount of space available on the rear panel for connectors. The rear panel is not crowded per-say, but my thicker and inflexible speaker cables required a bit of finagling to secure properly.
• Power output is far from everything. My reference amplifier outputs only 30 watts. The a102 provides 50 watts, which is fewer “watts for the buck” than other comparable Class D amplifiers. This is not a serious drawback for me because my tastes have gravitated toward realistic listening levels. However, if you have floorstanding or inefficient speakers or if you play your music loud, the a102 may not be the most suitable amplifier for you.

Conclusion
We live in a world of “shock and awe” where the more grandiose or outrageous a product or technology is, the more likely it is to strike an emotional chord with consumers and sell. It seems that, if something is engaging or exotic, even if it is highly flawed, people gravitate to it. We see this every day in the audiophile world where consumers will still spend more than $5,000 on a turntable–a 100-year-old, high-distortion, low-resolution technology–just because it is “high mass” or “machined from aircraft-type materials.”

But what happens when a product is not grandiose or outrageous but simply does what it is supposed to do? And what if it does so exceptionally well? Beyond its small footprint and winning aesthetics, the Wadia a102 produces exceptional sound for the money, characterized by low noise, high transparency, and controlled bass. It has few, if any, glaring sonic drawbacks and can definitely hang with components residing in a higher weight class, as it did with my reference Classé CP-800 preamp and Focal Sopra N°1 bookshelf speakers. It is definitely an amplifier that should receive your fullest consideration if you are building an audio system around $5,000.