We Are All Shopping for the Nth Degree

We Are All Shopping for the Nth Degree

A recent trip to see Bowers & Wilkins' new flagship Diamond Series speaker, the 800 D3, got Jerry Del Colliano thinking about levels of performance in our AV systems. How much are you willing to pay for the Nth degree of performance? 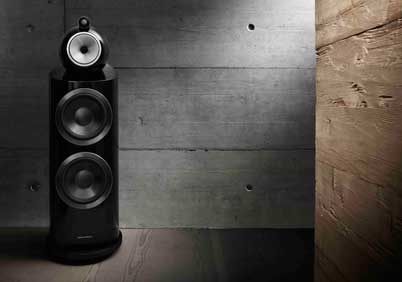 A few weeks ago, I was in Boston to celebrate the 50th anniversary of (recently sold) Bowers & Wilkins. They hosted a very thoughtful event complete with a full collection of cars powered by Bowers & Wilkins audio systems and excellent audiophile demonstrations (including a pair of Bowers & Wilkins Nautilus speakers with active crossovers on Classé' electronics). There's no question who the star of the show was: the new Bowers & Wilkins Diamond Series 800 D3 speaker. This $30,000/pair reference speaker is a fully redesigned model filled with technologies galore. Gone are the signature yellow Kevlar woven drivers, replaced with a more high-performance fabric. The engineers highlighted and passed around weighty parts that felt as if they should be installed in a Boeing 787 Dreamliner, not a loudspeaker.

The fit and finish of these new B&W speakers are second to none. The industrial design is sleeker than past models, especially the legendary B&W 801--which was very wide and pretty clunky looking by today's design standards. The new Bowers & Wilkins 800 D3s are designed to fit nicely into the most stylish interiors without causing a stir--until you crank up the volume, that is. The whole trip to Boston got me thinking about levels of performance in our AV systems and how much we are willing to pay to move up each increment. By no means do you have to invest in Bowers & Wilkins' flagship speaker to get a good taste of the company's newest and most exciting technologies. There are smaller models in the 800 line that cost less money (Brent Butterworth reviewed the 804 D3 for us earlier this year), and one might reasonably expect some of the design innovations from the new 800s to make it into other Bowers & Wilkins series over time. Still, the 800s are the 800s, and there will always be that small continent of audiophiles who will pay the premium to get the absolute best performance that the company has to offer at that moment.

Realistically, there haven't been any sea-change developments in the world of loudspeakers for the last 75 years or so. For the most part, drivers are drivers. Still, there's always lots of room to improve. Speaker cabinets have gotten a lot sexier while getting more rigid as technology incrementally improves. Engineers have taken advantage of different crossover network designs that have pushed the state of the art of speakers to where we are today, which is pretty high art.

What are we paying for at the very high end? It's that last drop of performance. The Nth degree. And it's expensive. Race teams agonizingly rip out the stereo, remove the air conditioner, and even pull the floor mats from exotic cars to get them lighter, faster, and better. Thankfully, when it comes to speakers, audiophiles don't really have to suffer such austerity to get the Nth degree, but we do have to open our wallets. While Americans (myself included) don't like the idea of Chinese-built loudspeakers, the fact remains that speakers costing a tiny fraction of the world's most exotic transducers deliver very good performance. What a $2,000 pair of loudspeakers can do today is light years ahead of where speakers were 20 years ago. The improvements made at the top have descended down the development path so that mere mortals--those who don't have a $30,000 budget for speakers--can have much of the experience of the big-ticket sound while staying in a budget that is more reasonable for the average AV enthusiast. Simply put: the good stuff keeps getting less and less expensive, and that's a good thing for consumers.

To this day, the unsung hero in speaker performance is room acoustics. While having a state-of-the-art pair of audiophile speakers is a worthy goal, having a room designed to handle the real-world acoustical issues that present themselves in nearly every home is a more pressing issue. Simply treating your first-order reflections can make a massive improvement. Dealing with standing waves in the corners of your room can tighten up the bass on even the most modest speakers. That's just a start, but it can yield big performance improvements in your sound, and you can do it on a DIY basis, with a budget of hundreds (not thousands) of dollars. In effect, you are adding your own level of physical excellence to your system, much as today's speaker engineers have powered your transducers with the latest and greatest technologies that you can expect at your budget.

It's a good time to be a music and movie lover. Content, especially on TV these days, is excellent. Film soundtracks are getting to be over-the-top good with 3D surround formats like Dolby Atmos and DTS:X. But most excitingly, the gear that most of us can afford is so good that it's harder and harder to make a mistake. There are always those extremists who will want that last level of ultimate performance, and they will have to pay dearly for it...just as they always have. For the rest of us, there is so much to be excited about in products that we can actually afford.