Despite lacking some expected features and underperforming in a few areas, the Westone 4R In-Ear Monitor delivers when it comes to sound quality and comfort. 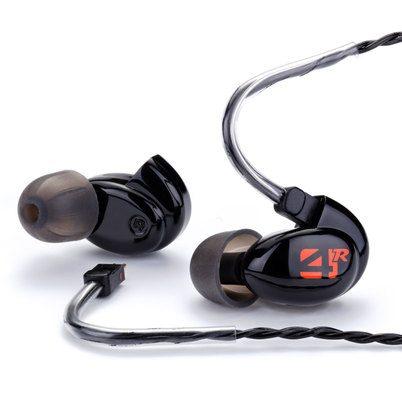 Westone, a manufacturer that's perhaps best known for its contributions to the professional music industry, offers a number of in-ear monitors (IEMs) that are also garnering attention on the consumer side. We recently covered the Adventure Series ADV Alpha earphones, which earned a spot on our Best of 2013 list. Now we're taking a look at the 4R. Its distinguishing feature, compared to basic IEMs, is its use of a quad driver design (two bass drivers, a midrange, and a tweeter) with a three-way crossover. Two types of earpieces are included in the package: rubber and True-Fit foam. The 4R has a clever over-the-ear design that routes the cable over the front and around the back of the ear, which works well in keeping the earphones in place. Combined with the True-Fit foam tips, the 4R earphones really do a good job of staying in the ear. The provided cable is braided and made of a low-resistance tensile wire. The cable is detachable; I found a few aftermarket cable replacements that claim improved sound. Also included in the 4R package are a cleaning tool, a removable in-line volume control (no smartphone functionality), and a case. The 4R retails for $709.

I suspect that most people will use in-ear monitors on the go, mated with a computer, tablet, or smartphone, so I performed my review in the same manner, using iTunes on a Macbook Pro and an iPhone 4s. My music is ripped at CD quality (48 kHz/16 bit) in the WAV format. First up was the song "Black Horse and the Cherry Tree" by KT Tunstall from the album Eye to the Telescope (Relentless, 2004). I found KT's voice to be natural and pleasing, with no edginess. A believable soundstage was created, providing both width and depth to the sound image. Detail is a big step up from the traditional single-driver IEMs that I have auditioned recently. Upper frequencies were crisp, clear, and non-fatiguing. Midrange was neutral (as it should be), without the bloating or elevated bump that are sometimes common in standard earphones. Bass was accurate and not exaggerated.

Next was "Use Somebody" by Kings of Leon from the album Only by the Night. This song has a garage-like grunge, raspy sound from lead singer Caleb Followill's voice, which was reproduced exceptionally well. Again, soundstaging proved to be accurate. Sometimes I felt that the 4R's overall sound could be just slightly analytical, but this revealing characteristic is common with drivers that reproduce detailed and articulate music. What was really nice was that I did not need to push the volume level to get the sound to open up, which is often the case with inferior products.

In respect to comfort and fit, the 4R is first-class. The over-the-ear cable design is superior to the standard in-ear with cable draping down your face. It never needed adjustment, and with the True-Fit foam tips, the earpieces stayed in place while creating a nice seal within the ear, providing some passive sound isolation. During my time with the 4R, I happened to do some air traveling, so I brought it with me. It sure was convenient having compact IEMs that had better sound while providing some extraneous noise reduction. The 4R's detachable in-line volume control plugs in between your phone and earphone.

Click over to Page 2 for the High Points and Low Points, Comparision and Competition and the Conclusion of the of the Westone 4R In-Ear Monitor review... High Points
• The four-driver design, with a three-way crossover, provides improved sound quality and makes for very enjoyable listening.
• The detachable braided cables create a "breaking point" in case the earphones get tugged on too hard.
• The over-the-ear cable routing is superior in keeping the IEMs in the ear.

Low Points
• The higher resolution could be interpreted as a slightly over-analytical sound.
• I found the included case (Music Vault) to be fragile - the hinge pin came loose and became nonfunctional.
• The passive sound-isolation capability is limited.
• The system lacks smartphone functionality. Again, the 4R has a multi-driver design that really makes this IEM sound better. In comparison to the Westone Adventure Series ADV Alpha earphones, which I recently listened to, the 4R is a step up. Of course, there is a drastic price difference, with the ADV Alpha costing half the price; however, the point is that the technology employed in the 4R does make a difference. Although the ADV Alpha earphones are great, the 4R's detail, clarity, accuracy, and overall sound are superior.

I found other IEMs that use multi-driver designs, but they were all much more expensive, creating somewhat of a niche for the 4R - it's actually budget-priced for the product category. The Ultimate Ears UE11 Pro would be a comparable product. Another multi-driver IEM worth looking into is the Shure SE846. Check out our Headphones category page for related reviews.

Conclusion
I have to admit, an in-ear monitor at this price point did not interest me at first but, after living with the 4R, I began to see the benefit of owning such a product. If you travel a lot and are always on the go, full-sized over-the-ear noise-canceling headphones can be inconvenient and/or bulky. The passive noise isolation of the 4R, although limited, was of some benefit, and its sound quality is definitely a step up from standard in-ear monitors.

You'll automatically be entered in the HTR Sweepstakes, and get the hottest audio deals directly in your inbox.
Author
Greg Handy
HomeTheaterReview Product Rating
Value:
Performance:
Overall Rating:
When you buy through links on our site, we may earn an affiliate commission. Your support is greatly appreciated!
This is the static ad content. This is just a placeholder for now to get things styled.
Visit Website