What AV Goodies the HTR Writers Have On Their Wish Lists

What AV Goodies the HTR Writers Have On Their Wish Lists

What AV gear do you want for Christmas? HomeTheaterReview.com's editorial staff put together a list of our favorite picks. We wouldn't blame you if you forwarded a link to your wife. Hint, hint... 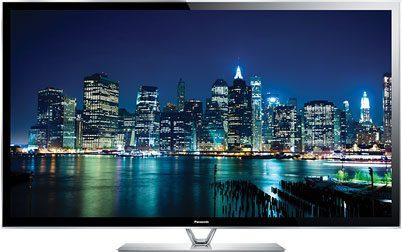 'Tis the season to dream big, to take pen to paper (metaphorically, at least) and petition the guy in the red suit (metaphorically, at least) to bring us what we most desire this holiday season. That's exactly what we asked our team of writers to do - to reflect upon all the AV product releases of 2013 and pick one product that they would most like to receive as a gift. What did each writer select to be his or her Official Red Ryder Carbine-Action 200-Shot Range Model Air Rifle? Let's find out.

"More and more of my media consumption is done while traveling, and it's hard to pack up a pair of Focal Diablo Utopias in your Tumi briefcase. What does fit is a handmade set of the Ultimate Ears 7 Pro in-ear headphones ($850). You do need to be fitted for custom ear molds by one of the company's hearing experts; once you are done, the craftsmen at Ultimate Ears cook you up a pair of 100-percent-custom, high-end ear speakers. You can order custom colors, logos, and beyond.

"In the event you want to be the coolest guy in First Class, Ultimate Ears alone won't cut it. You need a high-end USB-to-headphone DAC to connect to your iPad or iPhone so that you can upconvert your audio. That's where the new Resonessence Labs Herus ($399) comes into play. This small, Canadian-made unit has a wonderful fit and finish. Even though the need for an extra cable (I am asking Santa for a custom short USB cable from Transparent) is a bit clunky, the audio upgrade with the Herus is off the charts compared with the standard analog output of a standard Apple device." "I love the convenience of video-on-demand. I love the AV quality of Blu-ray. But first and foremost, I love movies. Kaleidescape gives me access to all these things I love, thanks to its online movie store with Blu-ray-quality downloads and hands-down the best interface to bring my movie collection to life. The Cinema One may be much less expensive than some of the company's Premiere servers, but its $3,995 price tag still qualifies it as a luxury item in my tax bracket. Like most luxury items, it's not necessarily something I need, but it's surely something I want." "I've been using the MRX 700 as the reference receiver in my second home theater system since its release; to be honest, I didn't think anyone would top it for quite some time for the price. But Paradigm has updated the receiver in all of the right ways, adding an enhanced version of Anthem Room Correction, which features superior resolution and can now be run via the network, a better cooling system and, most importantly, advanced compatibility with Control4. The company has resisted all of the gimmicky updates that manufacturers normally pour into a new year's model. The $1,999 MRX 710 doesn't do streaming video or Rhapsody or any of that sort of thing, but those features are better relegated to streaming media boxes or home automation systems anyway." "I actually do need a reference subwoofer, and I can't think of anything better for the price than the SB13-Ultra subwoofer from SVS. This $1,599 sub combines a 1,000-watt Sledge STA-1000D amplifier with a 13.5-inch high-performance Ultra driver in an attractive shell." "I would put on my holiday wish list the Audreal P-20 solid-state Class A amplifier, which retails for $1,800. It is beautifully built and looks sexy with its pair of blue lighted watts/dB meters on the front. Sonically, the P-20 competes with amps that cost up to $5,000. Finally, it has six dB of headroom and has easily driven any speaker I have in the house with great finesse."

"Of all the headphone amplifiers I've heard and seen, the Bryston BHA-1 is the most flexible, with its two gain settings and ability to accept single-ended and balanced [both mini and standard] headphone connections. It can also serve as an analog preamp. Along with superb flexibility, the BHA-1 also sounds excellent with a wide variety of headphones, from high-sensitivity in-ears to the Audeze LCD-2s and 600-ohm Beyer-dynamic DT-990s."

"I would most like to receive Panasonic's TC-P65ZT60, because the company will no longer be making plasmas come year's end. I love plasma picture quality, and the ZT60 is the best of the best." "Marantz's $3,499 NA-11S1 is like the Swiss army knife of digital products. It hits a great sweet spot in its list of features, from its DAC capabilities to its network audio streaming to its built-in AirPlay to its access to Pandora, Spotify, Sirius/XM, and Internet radio. It's not a perfect product - I wish it offered AIFF support and the ability to stream DSD files over the network - but it's fully featured and boasts very good sound quality. It would make a great addition to my AV setup, and my full review is coming soon."

What are you hoping to find under the Christmas tree? Post your vote below. We want to hear from you!