What Blu-rays Do You Really Need To Own?

What Blu-rays Do You Really Need To Own?

Publisher Jerry Del Colliano has been revamping his AV system to be more modest that it has been in the past. This posed the question to him: what Blu-rays do you really need to own? Here are his conclusions. 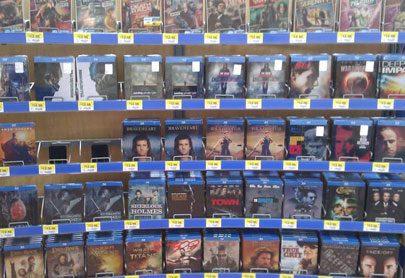 When Blu-ray officially came to market in 2006, it was a DVD killer in terms of audio and video performance, which helped to feed new form factor HDTV's sales in ways the consumer electronics business had never seen. In the ensuing down economy, other forms of video distribution, such as Netflix rentals (of DVDs and Blu-rays), Google's YouTube and streaming video from any number of players ranging from CinemaNow to Netflix to HBO Go and many others, have come to market. Through iTunes, Google and other locker-based services like Ultraviolet, your devices can download or stream all sorts of content in ways that have literally changed the way we watch TV shows and movies and listen to music.

No matter how hyped streaming is in the current consumer electronics marketplace, the simple fact of the matter is that Blu-ray still provides the highest quality audio and video experience one can invest in with his or her home entertainment dollar. Streaming of Ultra HD was the hot topic of the Consumer Electronics Show in 2013, but that's really pie-in-the-sky technology at this date. An improved 10-bit color 4x1080p UHD on Blu-ray is much more realistic, but even that standard hasn't been announced, so if you want the best picture and sound from your 1080p or even a first-offering UltraHD set, you are rocking it on Blu-ray.

A few months back, we sold our family house in an effort to upsize in the increasingly heated Southern California real estate market. Part of this process was selling off some of my favorite AV gear of all time, as there wasn't going to be a light-controlled, RPG acoustically treated room in the apartment where we would be living for the immediate future. I needed a new outlook on gear for the short term, thus gone were products like my beloved Paradigm Signature S8 floor-standing loudspeakers, my Revel Ultima Sub 30 subwoofer, my Classé CT-M600 monoblock 600-watt power amps, my Classé SP-800 AV preamp and more. There are no boo-hoos for me, as I reinvested the money gained from selling off these big boys into a stash of new gear that includes a Panasonic 60-inch ST plasma, a 65-inch Panasonic ZT series plasma (review pending), a new DirecTV genie system (review pending) and an updated Crestron system with a cool hand-held remote (review pending), but the jewel of my new system is a new high-storage-capacity Kaleidescape media server. The K-scape that I am getting can store 1,500 to 2,000 CDs, another 1,000 to 1,500 movies ripped from DVD and can even download Blu-ray-quality movies (1080p video and uncompressed 7.1 audio) right to my hard drive. However, the real draw of the K-scape system is its "vault," which holds up to 320 actual Blu-ray discs that, much like the rest of the content ripped on the nearly 40 TB of storage on the media server, can be streamed to every room of my new home (give me another 12 months to close escrow on that place and to do some construction).

The question is: which movies deserve to be on permanent display in the Kaleidescape? This is where I need your help. Not all movies are created equally. A great album is something that I can listen to over and over and over. Great movies don't often require the same attention or repetition. There are always the classic movies that always pass the test of time and can be watched nearly any time of the day or year. There are also the best demo movies, which really highlight the best effects and attributes of sound design and/or cinematography in film. Those are good to buy and put in the "vault."

My question to you is: what should go in my vault? What classics must be purchased? What ultimate demo movies need to be ready to go at any time at 1080p video and uncompressed 7.1 audio quality? Do you think there are actually 320 movies that are worthy of investment? Considering that studios are starting to sell back catalog movies for $10 and less on Blu-ray, it's a little easier to say "yes" to buying a disc, as opposed to a full 3D release version of a modern blockbuster that can cost you over $40 to get in the vault.

Here is a list of IMDB's Top 250 movies of all time to start with, which has some strong offerings although I have to question The Shawshank Redemption at the Number One movie of all time over The Godfather and The Godfather: Part II by hundreds of thousands of votes. How About Some Funny Movies To Add T
o The Collection? How about Great AV Demo Movies On Blu-ray? OK - now it's your turn in the comments below. What's missing? Which animated movies will I need for my kid when he's ready to watch movies? What glaring omissions are on this list in your eyes? Remember, the movie has to be worth owning on Blu-ray, not just renting, ripping from a DVD or streaming.

I can't wait to see what your additions are.