What Drives The Consumer Electronics Business Beyond 4K Video and 24 Bit Audio?

What Drives The Consumer Electronics Business Beyond 4K Video and 24 Bit Audio?

Blu-ray and 3D may be the present, and 4K may be the near future, but what is beyond that? The list contained in this article gives several possible places the future of home theater could be heading to. 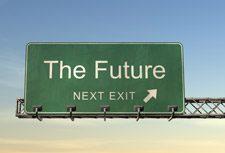 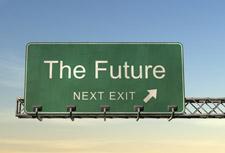 There are some industry executives, trusted engineers and even respected physicians who believe that there are realistic limits to how much audio and video resolution that we can physically enjoy. This age-old argument dates back to many of the format wars. Was a Compact Disc better than vinyl? Is a DVD-Video disc “good enough” as compared to a movie in 1080p video and 7.1 channels of HD surround-sound audio? Generally, the answer is that the new technology has been better and nearly every AV enthusiast has eventually jumped in when the time was right to buy new discs, new players, new components. This cycle of exciting new products literally has driven the consumer electronics industry for an entire generation from the VHS vs. Beta format war in the early 1980s to Blu-Monday in 2008 when Blu-ray won out over HD DVD.

Now, with 4K video (more than four times better than 1080p) and 24-bit audio available via download, even if from boutique firms like HDTracks.com, some are starting to ask what could possibly come next after these technologies.

For music, selling songs in HD is almost the opposite of the direction that the music business has taken since Napster changed the landscape. HD music files are copy-protected. Their large size makes them hard to steal. Music lovers and audio enthusiasts are willing to pay more for music that sounds notably better, and 24-bit delivers that in spades. New plug-ins help get 24-bit audio into Apple devices, which is a big leap forward. HD music on Blu-ray is almost impossible to find outside of innovative labels like AIX Records and 2L Records and, respectfully, their music isn’t mainstream in its content, as it is little off the beaten path creatively. If you will indulge me in my belief that we will be able to access our favorite new- and back-catalog audio in 24-bit 96 kHz resolutions in the next few years via some sort of download, this represents a huge upgrade in audio, which finally offers a meaningful improvement over the long-in-the-tooth Compact Disc format.

1080p video is pretty good, but there is a new format that is many times higher in resolution, called 4K. The players that you would expect (think: Sony, JVC, Apple and other smaller players) are working out how to get 4K content onto a Blu-ray disc and/or how to “stream” this HD format without causing a 405 Freeway-style backup on the Internet. Rumors are gaining strength that there are some pretty slick solutions about to be shown at the January 2011 Consumer Electronics Show that could change the game. For many people, four times the resolution of video isn’t enough to run out and buy a new HDTV, but for many of us who want the best in video, 4K (or Quad 4HD, as it will likely be called) is a reason to make an upgrade. The resolution, color fidelity and overall WOW-factor are just too much to resist. Literally, you are getting almost every ounce of the theatrical experience right in your home. Yes, you need a new projector or HDTV, but you might not need much more than that (same cables, preamps, Blu-ray players). I’d pop for a new projector to get 400 percent better performance. I bet there are millions more that would also, as even upconverted 1080p content from TV or other legacy sources would look killer. We saw some of this at JVC’s demo at the recent CEDIA 2011 tradeshow in Indianapolis with their demo of their “Faux K” projectors, as Andrew Robinson calls them.

So, if we are looking into the future and we can have 24-bit 96 kHz audio and 400 percent improved HD video, where do we go from here? Some of the people I am talking to are saying “nowhere,” as we are getting close to reaching the limit of how much resolution and refinement the human body can appreciate. One example given is the flop of 3D. Blame the glasses. Blame the lack of standards. Blame the lame content. I suggest the fact that millions upon millions of people simply do not have the vision to be able to enjoy 3D the way it was meant to be enjoyed. Moreover, some people can see 3D, but it makes them physically uncomfortable or ill (I am in this camp), much like car sickness. Today’s 3D is an example of trying to push a format too far for the human body to react to it in a favorable way.

On an audio level, the Compact Disc at 16-bit 44.1 MHz leaves a lot to be desired when compared to master analog tape or digital masters of recordings. 24-bit 96 kHz audio is a very close facsimile of the master tape and can create an audio experience with billions upon billions more bits that resolve sound in ways that, through today’s beryllium tweeters and powerful woofers, sound many times more like the live event or the master tape.

So Where Do We Go Next?
Since 2008, the consumer electronics business, for the first time in 25 years, hasn’t had the hot product. Apple has that today with the iPad. Kids without jobs who live at home do not live without an iPad. It’s a killer toy and tons of entertainment in a slick form factor that anyone can operate. With the housing market in the toilet during this economic correction, there are fewer reasons to wire your home with all of the latest home automation and home theater tricks if the only metric that our lovely “bailed out” banks care to value a home on is “per-square-foot” pricing influenced by the closest foreclosure or tear-down in your neighborhood. What new technologies will get people to spend money irrationally with that “gotta-have-it” enthusiasm that Apple still inspires but the home theater business doesn’t as much any more?

6K Video
This is more like IMAX. While the jump to 4K will take a while, there is one more frontier in v
ideo before we get to the limit of the human eye and some suggest that is 6K. Don’t expect a jump from 1080p right to 6K, but it’s looming out there. I’d say it could be a topic of discussion five to seven years from now.

OLED Video
Organic LED HDTVs were shown by Sony in (very expensive) small format sets a few years back. The promise of OLED HDTVs was that you could have an eco-friendly, paper-thin (literally) HDTV that would be 4K resolution but could be hung on the wall like wallpaper. This takes the form factor to a whole new level.

NXT-like Super-Thin Speakers
Remember NXT speakers? These guys made “wafer-thin” speakers that were used for car headliners, computer speakers and other cool installations. If HDTVs get paper-thin, who wouldn’t like to be the company to sell the speakers that sound great but are also like wallpaper? Doing a 10.2 surround system could be as easy as hanging new wallpaper. Gone would be big speakers that take up floor space. In come 50.1 percent of all humans to the marketplace, as women would love non-intrusive speakers like this. Getting super-thin speakers to beat traditional transducers has been no small feat, but if video got there first, look for tons of money to be invested back into this endeavor.

Holograms
We saw an amazing hologram of an Apple iPhone at last year’s CES show, which looked so real that you wanted to pick it up. “Go ahead and try,” said the guy at the booth. It wasn’t real.

Now imagine a movie that can bring you to Pandora or on stage with Spinal Tap or right onto the fairway with Al Czervik at Bushwood Country Club. 3D seems pretty silly if you can make images appear in a purpose-built theater room that is designed to bring a fully immersive experience to the viewer. Hollywood needs something radical like this, as the theatrical business is dying on the vine. 3D didn’t stick for them and streaming is making it less and less compelling to go to the big theater. If your $200,000,000 blockbuster film presented itself in a theater that perhaps didn’t even have a screen – now we are talking something that everyone would have to see. They might need to own it at home when it became available. Don’t get me started about the possibilities of video conferencing, gaming and, yes, porn.

In coming back from fantasy land, it’s important to envision what the future may hold, as the world looks to the consumer electronics business to show everyone the next killer toy or technology. Sadly, we are more about selling commodities in warehouse stores, thus turning today’s best technology into commoditized, soulless products with no profit margin. That’s not what specialty audio/video is about. We can do better, and I think we will in years to come. 4K and 24-bit audio will blow you away in the coming years. Seriously, these are killer new technologies, but we are going to need something really special to get to the next level of WOW. There are some amazing ideas being kicked around and some of them will become reality down the road.