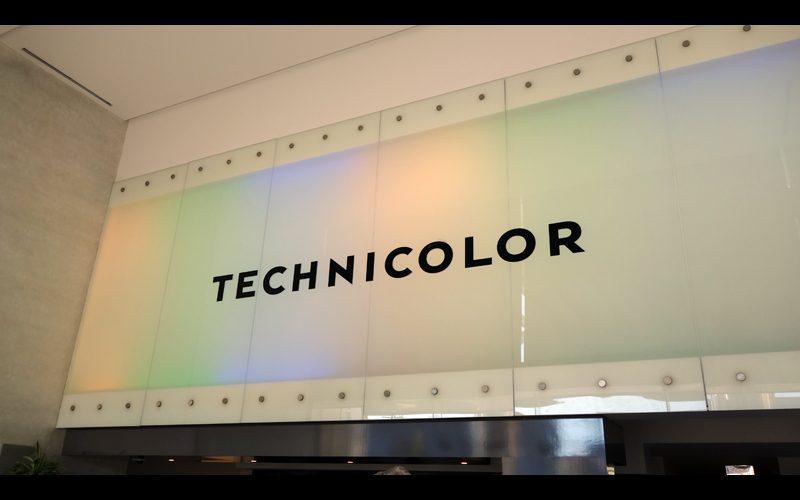 Feature News Stories, Industry Trade News
Published On: April 2, 2018
We May Earn From Some Purchases Via Affiliate Links

Find out what Adrienne Maxwell learned during her recent tour of the Technicolor facility in Hollywood.

A couple weeks ago, LG hosted a TV Reviewer Workshop, in which the company invited reviewers to see the brand new OLED and Super UHD TVs in action and get specific details about the new and updated technologies in the line. Most of what I learned about the company’s 2018 OLED TVs, I’ll share when I actually review a new model (which should happen very soon). But the day-long event included some other activities that I found interesting and worth sharing.

It was no coincidence that this year’s workshop was held in Hollywood, California–since LG took the occasion to tout two of its hottest partnerships, with Netflix and Technicolor. We got a full tour of one of Netflix’s Hollywood studios where many of the company’s AV experts–the people who oversee Netflix’s execution of technologies like Dolby Vision and Dolby Atmos–reside. That’s an article in and of itself (and I do plan to write about it).

We also paid a visit to Technicolor, and that’s the trip I’m going to focus on here. If you’re a movie lover, you’ve undoubtedly heard the name Technicolor, as the company has a lot of Oscars and Emmys under its belt. But do you know what they actually do? Technicolor is perhaps best known for its color and imaging work in the post-production field. The company’s colorists are responsible for the color mastering and correction of many popular movies and TV shows. Technicolor also provides visual effects editing and sound editing/mixing services. Just to drop a few names, the company recently provided color and visual effects services for Marvel’s Black Panther, visual effects for A Wrinkle in Time, and color/sound/visual effects for season two of Stranger Things.

Back at CES, LG introduced Technicolor as one of its new partners. What does that partnership entail? A few things, actually.

The main thing that Barker stressed about Advanced HDR by Technicolor (yes, that’s the official name, so I’ll be typing it in full over and over) is that it’s not really a format or standard like HDR10, HLG, or Dolby Vision. Advanced HDR by Technicolor, which was developed jointly with Phillips, is a system that allows for the transmission of live, on-the-fly HDR TV broadcasts. From a broadcast standpoint, Advanced HDR by Technicolor is actually compatible with High Dynamic Range standards like HDR10 and HLG. Barker says that the Technicolor system can take any Electro-Optical Transfer Function (or EOTF, the core element of High Dynamic Range technology) and adapt it to be transmitted on-the-fly, and it supports dynamic metadata to tailor the HDR on a scene-by-scene basis to suit the capabilities of a particular TV.

In the L.A. area, Technicolor has already conducted a couple of test broadcasts (in partnership with Spectrum Networks and Charter Communications) to transmit HDR versions of live Dodgers and Lakers games. The last test they performed was especially noteworthy because they were able to use only one production truck to produce and transmit both the HDR and SDR versions of the game.

To put this in perspective, think back to when high-def TV was first rolling out (if you’re old enough to remember such a thing). The need to produce two totally separate broadcasts–one in HD and one in SD–was a hindrance to HD adoption. When the process was streamlined enough to allow everything to be handled via one production truck, then HD broadcasts were able to flourish.

The Advanced HDR by Technicolor system can work with over-the-air ATSC 3.0, over-the-top streaming services, and cable/satellite broadcasts. We may see official live HDR broadcasts this year, depending on how these content distributors choose to move forward with HDR; this FierceCable story provides a good summary of where we’re at with the different HDR technologies.

The white point is an interesting topic for videophiles, reviewers, and professional calibrators. We’ve always been taught that the D65 white point (which has specific x and y coordinates) is accurate for both HD and UHD standards, but the Technicolor white point uses different x and y coordinates because the resulting “white” actually looks more accurate when comparing the OLED to the types of mastering devices in use at Technicolor. This opens up a whole can of worms that I’m not going to get into here, but it does lead me to the third aspect of the partnership…

LG OLEDs in the Mastering Bay
For me as a videophile, the coolest and most interesting part of the Technicolor tour was when we got to visit one of the mastering bays and watch a colorist in action. Senior Broadcast Colorist Tom Forletta (shown right), who currently works on NBC’s immensely popular drama This Is Us, gave us a little tutorial on what colorists do and how they do it.

Probably the most obvious aspect of a colorist’s job is to make sure that a film or TV show maintains a consistent look from start to finish. The Matrix obviously has a very specific color tone, which is totally different from that of La La Land or The Shape of Water. The same is true for TV shows. Each show has a consistent look that’s decided upon by the director and director of photography in conjunction with the lead colorist. On a more precise, scene-by-scene basis, though, the colorist isn’t just handling color tones, shades, etc. He or she is also playing with light and shadows to make sure your eye is being directed where it should or that an actor’s emotions aren’t being buried by the scene’s lighting. If a scene from This Is Us is being shot outdoors, the 30-second scene could take many hours to shoot, in which time the sun has moved and the quality of the light has changed often…but the final product has to look like it was shot in 30 seconds, under the exact same lighting conditions. It’s the colorist’s job to make sure that happens.

So, needless to say, a colorist’s best friend is an accurate display device with excellent contrast and shadow detail. A mastering bay usually has two displays: one is the smaller mastering monitor, and the other is a larger consumer-oriented “client monitor” that helps give the colorist a better idea what the end user is going to see. These two monitors need to look as similar as they possibly can so that the colorist can trust what he or she is seeing.

Part of that responsibility falls to professional calibrators, and LG invited Avical’s David Abrams to speak to us about that process. He explained how, for years, plasma was the choice amongst colorists for their consumer-oriented displays. Unfortunately, most of those plasmas are now dead or close to it, and their inability to do 4K and HDR makes them an impractical option in today’s workflow. LED/LCDs for the most part didn’t provide the level of accuracy and contrast needed for the job.

Enter OLED. Until Sony joined the fray last year, LG was the only company offering large-screen OLED TVs in the U.S. that could serve as client monitors, so an indirect partnership began to form between companies like Technicolor and LG. But as people like David Abrams began approaching LG to talk about things they could do inside their TVs to give colorists even more flexibility and accuracy, a more formal partnership blossomed. Technicolor now uses LG OLEDs as the client monitors in many of its mastering suites. (For the record, Technicolor also uses Panasonic OLED TVs in some mastering bays, but those TVs are not sold here in the U.S.) In Tom Forletta’s bay sits a 30-inch Sony BVM-X300 OLED mastering monitor and a 55-inch LG B7 OLED TV, which replaced Panasonic’s VT60 plasma (RIP!). Forletta couldn’t say enough nice things about the OLED technology and all its strengths.

When you see the mastering process in action, when you see how much attention is given to every little detail to ensure that the end product looks exactly the way the director intended, it just sort of drives home the point of why we do what we do as display reviewers. Why we’re always telling you to avoid the Dynamic or Vivid picture mode and go with the Cinema, Movie, or ISF mode (and maybe now the Technicolor Expert mode). Why we recommend that you turn off so many of the artificial enhancements. Why we say that more color isn’t necessarily better color. Why we measure TVs to see how accurate they can be and why we calibrate them to see if we can make them even more so. The TV or projector is the last stop in a long, complicated chain, and ultimately you are the one who has the final say in whether or not all that work pays off in the living room.