What Is Hybrid Log-Gamma and Why Should You Care? 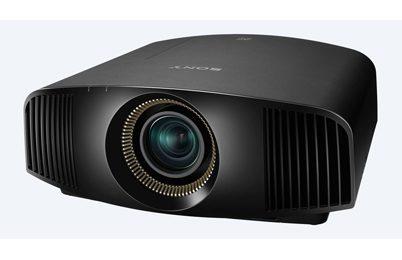 What Is Hybrid Log-Gamma and Why Should You Care?

Adrienne Maxwell explains what Hybrid Log-Gamma is and how it will affect future 4K and 1080p television broadcasts.

If you were paying attention to the video news coming out of CEDIA Expo 2016, you probably saw Sony's announcement of its newest native 4K projector, the $15,000 VPL-VW675ES (due out next month). As expected, the projector supports High Dynamic Range technology, including the HDR10 profile that is part of the Ultra HD Blu-ray spec. Dolby Vision support has thus far been absent from all of Sony's HDR-capable 4K projectors, so its absence is not a real surprise here. What did catch people's attention, though, is the projector's support for the Hybrid Log-Gamma (HLG) HDR standard. A few weeks before that, at IFA, LG also showed how its current OLED 4K TVs support the HLG standard.

Upon reading these bits of news, you may think to yourself, what the heck is Hybrid Log-Gamma? You probably aren't alone.

If you're new to this whole HDR topic, I recommend you begin by reading our original story: High Hopes for High Dynamic Range (HDR) Video. Then you probably want to read Dolby Vision vs. HDR10: What You Need to Know. As I mentioned in the latter story, although HDR10 and Dolby Vision are the two major HDR standards being used in U.S. products and source content right now, they aren't the only ones out there.

Both Dolby Vision and HDR10 are built around the PQ or SMPTE ST-2084 electro-optical transfer function (the method of converting a signal to visible light), which relies heavily on the exchange of metadata between source and display. Basically, metadata is the source's instruction manual, telling the display exactly how to handle the HDR signal. Both HDR10 and Dolby Vision are gaining acceptance for use in long-form production--i.e., mastering a film or TV show in HDR for release on UHD Blu-ray or to be streamed via VUDU, Netflix, or Amazon Video. But what about live television broadcasts and broadcast TV in general, which is an entirely different animal?

That's where Hybrid Log-Gamma (HLG) comes into play. HLG was developed jointly by the BBC and NHK (Japan's public broadcasting service) to enable broadcasters to send HDR transmissions over cable/satellite and to stream live HDR content. The BBC offers a great explanation of what Hybrid Log-Gamma is and why they developed it here. As the BBC describes it, the main challenge with broadcast HDR is dealing with metadata: "We concluded that any approach couldn't rely on end-to-end metadata, as metadata often gets lost or becomes out-of-sync with the content as it passes through the production chain and that standard presentation techniques such as mixing video sources become overly complex with metadata."

The BBC describes HLG as a "scene-referred system" just like conventional TV, "which allows pictures from a single mastering process or live production to be adapted to give the same artistic effect on brighter or darker screens at home. Only the display itself needs information about its own capabilities and environment to faithfully render the scene-referred signal, so metadata that describes the mastering display is not required." So, two key elements of HLG from a broadcast standpoint are that you can send the same feed to SDR and HDR TVs, and the HDR TV doesn't need the metadata instruction manual for showing HDR signals.

The BBC and NHK first announced development of HLG in May 2015, and the name comes from precisely what this electro-optical transfer function is: a hybrid that uses a conventional SDR gamma curve in the lower (darker) part of the signal and a logarithmic curve in the upper (brighter) part.

Since its inception, HLG support has been added to a growing number of mastering monitors from the likes of Sony and Canon, and in July 2016 the ITU standards body introduced Rec 2100, which it calls the "HDR-TV Recommendation." Rec 2100 expands on the original Rec 2020 4K recommendation and includes HLG alongside PQ as an official transfer function. Here's how the ITU describes the inherent difference between the two: "The Perceptual Quantization (PQ) specification achieves a very wide range of brightness levels using a transfer function that is finely tuned to match the human visual system, and the Hybrid Log-Gamma (HLG) specification offers a degree of compatibility with legacy displays by more closely matching the previously established television transfer curves."

In other words, HLG may not aim for that uber-bright 10,000-nit target, nor is it as precise as PQ (one video expert I talked to felt that HLG makes too many compromises); however, it is easier to incorporate into existing broadcast systems, which means it can bring live HDR content to us sooner. The fact that the ITU has standardized HLG also moves the process forward and brings us one step closer to live, on-the-fly HDR content.

But wait, you say. There's hardly any 4K broadcast content right now, beyond the occasional high-profile sporting event like the Olympics or the Masters golf tournament. If we can't even get 4K broadcasts yet, why are we talking about HDR? Well, one interesting piece of Rec 2100 is that it includes a 1080p recommendation, so we could conceivably see HDR added to 1080p broadcasts before we see full 4K HDR broadcasting.

One final piece of good news is that, like HDR10, it looks like HLG can be added to displays via firmware update. So, if you've already purchased an HDR-capable TV, it may still be able to support HLG broadcast content.