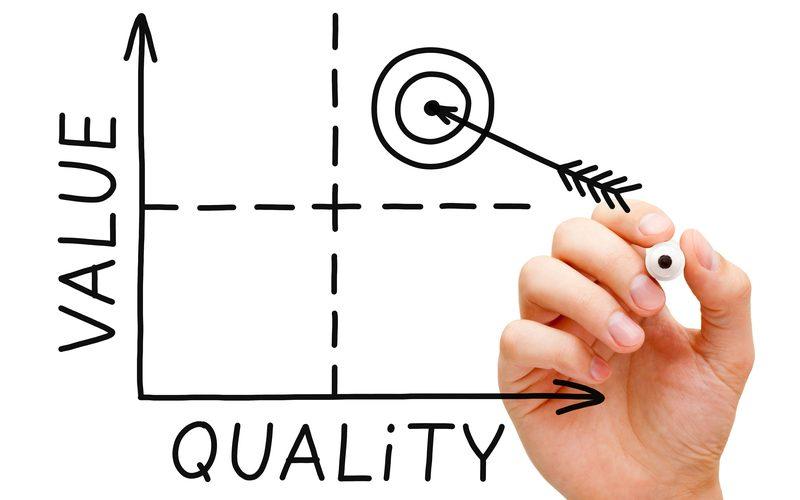 Feature News Stories, Industry Trade News
Published On: October 30, 2017
We May Earn From Some Purchases Via Affiliate Links

Walk around any of the growing number of audiophile and/or consumer electronics trade shows like CEDIA Expo, CES, or Munich High-end, and you will see a staggering number of components priced for nobody other than the one-hundredth of one percenters....

Walk around any of the growing number of audiophile and/or consumer electronics trade shows like CEDIA Expo, CES, or Munich High-end, and you will see a staggering number of components priced for nobody other than the one-hundredth of one percenters. $10,000 DACs. $20,000 stereo preamps. $30,000 amps. The vast majority of consumers couldn’t afford such products even after a modest Powerball victory, yet products keep popping into the marketplace in the five- and even six-figure range. More power to anyone who can afford these extravagances, but it does raise the question: for those of us who live in the real world, what is the right price for a truly top-performing piece of AV gear?

Let’s start with the understanding that everyone’s budget is different, as is their financial situation, and there is nothing wrong with that fact. Some consumers can absolutely afford $10,000 audio components but simply can’t appreciate the Nth degree of performance that they offer (if they do, in fact, offer it). On the other side of the coin, some consumers who are just coming into the market would love to own cost-no-object products if cost truly were no object–and some decide to buy them anyways, especially in the United States where consumer debt is sold by banks as almost a national right. It’s likely not the best idea to put an extra $10,000 on your 16.9 percent APR airline rewards card, as your gear automatically gets more expensive with each credit card statement while its value slips and slips. It’s essential for the future of our hobby that budding AV enthusiasts invest in their systems responsibly.

Before we dig into what amounts to “responsible pricing” for great AV gear, let’s talk about why some brands cost so much more than others. One of the factors that pumps up the price of audiophile gear is overall scarcity. Simply put, most audiophile companies don’t make very many of these lofty, cutting-edge components. In the U.S., there are only so many traditional audiophile dealers left. Baby Boomer clients, as they are reaching 70 years old, aren’t buying at the same volume as they did in years past, nor should they be expected to. Asia and other foreign markets help support the development of high-end audiophile products, as demand is strong in places like Hong Kong, Singapore, Russia, South Africa, and Germany–thus allowing pre-paid orders to help create batches of these audiophile gem products. Much like in the wine industry, many audiophile products are priced based on small-volume manufacturing. If there are only so many grapes from one spot and the demand for said wine is strong, the price has no choice but to increase. With audiophile components, the parts needed to make the gear are sky high, then you have to factor in labor, engineering, marketing, distribution, and (most importantly) generous dealer margins. All of it adds to the high cost of exotic gear.

So, what is the right price for an aspirational AV product? Taking a broad, 35,000-foot look down at the market, one might argue that the magic price point for high-performance AV components is $5,000 per component. That’s not to say you must start with a system loaded with $5,000 components. Consider it more of a long-term goal–one in which you can rest assured that every aspect of your system will perform unimpeachably. Spending $5,000 on a TV will get you a cutting-edge OLED or top-shelf LED/LCD TV in the 65-inch range, with a bit left over to hire a calibrator to get your TV up to ISF and SMPTE standards. Spending more money will get you a bigger screen, but not necessarily a better one. At this year’s CEDIA Expo, Sony dropped the first true 4K projector at the magic price of $5,000, and the crowed was thrilled. Pair that puppy with a nice screen, and you’ve got cinema-level 4K video performance at pretty much any size your room can accommodate.

When it comes to sources, it’s hard to spend $5,000 on any one component anymore. If you still spin silver discs, as I sometimes do, Oppo’s new UHD-friendly universal disc player starts at a tenth of that magic price point. The audiophile version, with its fancy internal DACs and power supply upgrades, is still only a little above $1,000. Even a sleek audiophile-oriented all-in-one music system like the Naim Uniti Atom (the subject of this week’s featured review) comes in below $5,000. Today’s video players, dongles, and streaming doodads range from $39 to around $199, and most come packing 4K capability. If you really want the créme of the crop in AV servers, $5,000 will get you a Kaleidescape Strato 4K server sporting six terabytes of storage space and the ability to buy movies from the Kaleidescape Movie Store in 1080p or 4K. Is it a luxury? You bet. The point is, when it comes to sources, five large gets you into unbeatable territory.

AV electronics can be a dangerous pool to swim in because of volatile and ever-changing standards, formats, and codecs–like HDMI version 19.6 with HDCP 22.5.7 (or whatever they are up to these days) and surround formats like Dolby Atmos, DTS:X, and Auro-3D. AV electronics are always going to evolve, so you should try to have somewhat of a thick skin when it comes to upgrades. Today’s mainstream AV receivers deliver the latest in HDMI and object-based surround format performance for well below the magic $5,000 price point. AV preamps, the enthusiast’s choice, can get a little trickier. Mainstream manufacturers like Marantz offer great surround sound processors at well under our target price point, but it’s tougher for smaller AV manufacturers to keep up with the costly chipsets and costly licensing fees. Add in the coolest new digital room correction formats, and you can blow your budget on an AV preamp if you aren’t careful–but by no means do you have to. Some enthusiasts make use of the preamp outputs a modern high-performance AV receiver, pairing it with powerful high-performance amp to get the latest in connectivity and format support, which helps save money and leaves upgrade options on the table for the future.

Perhaps surprisingly, the best value in high-performance audio these days comes in the form of speakers. By no means do you need to spend $5,000 on a pair of front speakers to get a killer system; however, if you can afford it, you’re in for a real treat. Of course you can spend even more than that–just know that much of what you’re paying for when you get over the $5,000 price point are fancy finishes, advanced parts, better build quality, and bragging rights … not necessarily performance. I say this as I just invested in a $14,000 pair of Focal Sopra N°2s–their French fit and finish, stunning parts quality, and gorgeous white paint job were too much too resist and the powers-that-be were offering good prices on blood when I was selling. 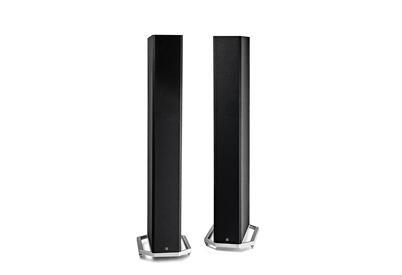 But back to the point: dropping $5,000 (or less!) on speakers a pair at a time will get you into an amazing sound system pretty quickly, whether you’re looking for a simple stereo system or a crazy 11.2.4 configuration (or more). There are beefy in-wall and in-ceiling speakers that can perform to audiophile and cinematic standards while hiding in the rafters. There are ultra-cool speakers from companies like Definitive Technology, Klipsch, and Focal that integrate the up-firing speakers for an object-based system into the top of traditional tower speaker so that the overhead sound bounces off the ceiling while the main channels beam information at your ears. The results are pretty wow, even in a somewhat modest home theater system.

Subwoofers, a must for audiophiles and home theater enthusiasts alike, are built mostly overseas and now come in small form factors but with high output and relatively low retail cost. Today’s woofers come packing slick hardware, beautiful wood and paint finishes, as well as sophisticated room setup software that allows one to get deep, tight, engaging bass without even coming close to the $5,000 budget. Heck, for that much money you can buy enough subs to get you evicted or trigger a warning call from Cal Tech if you live near a seismic fault.

Part of the fun of owning a home theater or high-performance audio system is not just the initial purchase, but rather the upgrade process. And that includes control solutions, too. Priced well inside of the magic price point of $5,000 are full, modern system controllers from the likes of Control4, Savant, and even Crestron. Depending on your solution and the size of your estate, you might not be able to automate every corner of your home for that amount of dough, but you could build a good one-room control solution, including lights, shades, and climate control, with room to grow.

Another $5,000 might get you a custom rack system with faceplates for all of your gear, fan cooling, AC power with IP control, and a simple custom cabinet made by a local carpenter, complete with some hospital-grade locking casters to allow you to hide your gear neatly and have it run better, cooler, and more reliably. $5,000 is also more than enough for a full complement of room acoustics from any number of new, value-oriented companies that are making better (and better-looking) products. For less than a $5,000 investment, many will work with you on drawings and plans to get the most from your room acoustics, which could very well be the most significant performance upgrade you ever make.

In the end, don’t ever let anyone cost-shame you on your AV system. Invest what you can when you can. Dream of owning the big-ticket products like you did when you pinned that Lamborghini Countach poster to the wall in your bedroom as a teenage kid; but, if you can’t afford the most exotic gear you see us writing about here at HomeTheaterReview.com, don’t sweat it. Even if you can’t afford the $5,000 target price point for upgrades that I advocate for above, that’s okay, too. Remember, I’m not saying that’s how much you should spend; I’m saying there’s rarely any justifiable reason to spend more, if pure performance is all you care about.

The best part of owning a high-performance AV system is the journey. The gear and technology will, without question, change over the years. That’s actually part of the fun of our hobby, and it’s important to enjoy every change, tweak, and upgrade, be it a $4,500 Kaleidescape server or a $39 Roku dongle. They’re all part of the process.

What is your magic AV price point? Let us know in the comments below what you are thinking of buying next or what upgrades you would make to your system if The Jerry and Krista Foundation for Better Audio-Video gave you a grant* for $5,000!