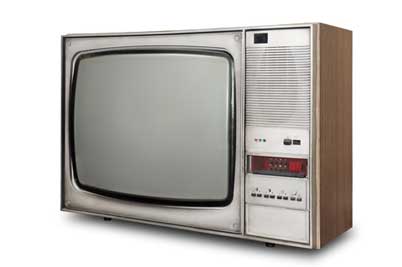 As AV enthusiasts, we love to talk up our latest and greatest equipment purchases, but we also can be notoriously bad at parting ways with old favorites. We take a strange delight in that piece of gear that's long past its prime but still ready for action, if and when we should ever call upon its services again. The HTR editors recently queried our team of writers and asked this question: What is the oldest piece of AV gear you own that still works? Here's what they had to say.

Jerry Del Colliano
This is a tough time for me to answer this question, in that I sold off most of my system when I sold my house about two years ago and will install an all-new system in a few weeks. I still have a first-generation Apple TV that, unlike the current model I recently replaced it with, actually has a small hard drive on which you can store music, instead of having to stream it all from your computer. I still prefer that model versus the streaming one. In my old system, a Proceed AMP5 amplifier powered the surround and center channels in my system. This amp was made in Connecticut next to legendary Mark Levinson amps and performed for decades. When I sold it, I got a pretty good price for it...nearly 20 years after I bought it.

Terry London
I have a pristine pair of 15-year-old Magnepan 1.6R speakers in a storage closet. When I have the desire to revisit what a planar speaker has to offer, I'll put the 1.6Rs in my smaller system. They are an all-time classic based on their performance, they still sound damn good, and they were a great bargain.

Steven Stone
I have two pieces of ancient audio gear that still see use. The first is a variac made by the General Radio Company of Cambridge, MA. A variac, for those who've never heard of one, is a variable output transformer which has a large knob that lets the user manually select any output voltage from zero to 130 volts. I use a variac to power up any piece of audio gear that has been sitting around, unused, for any length of time. By gradually increasing the voltage, a variac allows capacitors to reform with less stress, which reduces the chances of a power-up capacitor failure. I also use a variac with certain components that are sensitive to over-voltage, since my new home's voltage has yet to drop below 121 and is often around 126 volts.

The second piece of older gear I keep around is a Pioneer CLD-D704 LaserDisc player. I keep it not for playing discs (although I have occasionally done that), but to generate noise. The power supply in this particular player is among the most proficient at putting power-supply noise back into the AC line of any device I've heard. When reviewing a device that is supposed to remove AC line noise, it helps to actually have AC line noise on your AC line. The Pioneer LaserDisc player does this nicely.

Brent Butterworth
My oldest piece of gear is a pair of Fostex T20RP headphones. I bought the T20RP around 1997, when I was recording jazz and folk musicians in New York City. The T20 was marketed as a studio headphone, but it quickly became my favorite for music listening, too. It uses planar magnetic drivers, which were uncommon then but are all the rage now in headphone brands such as Audeze and HiFiMan. The thing that amazes me about the T20RP is that, even though it was introduced in the 1980s, it's comfortable and neutral-sounding--two things some headphone brands still haven't figured out how to do almost 30 years later.

Greg Handy
My oldest "piece of equipment" is actually two pieces: a Carver CT 17 preamp/processor and a Carver TFM 45 two-channel amplifier. I purchased them around 1990 from a well-known retail store (at that time) called Rogers Sound Lab, a Southern California favorite. I loved that store, and they always had great sales with fantastic service. I was recently out of college, working full time and moving out on my own. The CT 17 had to be one of the first AV preamp/processors at that time, and I purchased it with the aspirations of putting a surround system together over time, although I wound up using it mainly for two-channel music. I recall when the amplifier developed a hum, four to five months outside of my five-year extended warranty, I called Carver customer service, and they indicated that they would have to take a look at it to advise of the repair cost. So, I sent my amplifier and waited for a call or letter; instead, they returned the amplifier repaired at no charge. I am not sure any manufacturer would do that today. Although I don't use the components any longer, the TFM 45 amplifier could still be used, if needed. I think I have kept them just because they were my first significant components, and they bring back a period of time in my life that was very memorable for me.

Do I use it? The TV sits in a wall niche in the bedroom. We probably haven't turned it on in a year, but I still have a DirecTV Genie HD receiver connected to it. My wife has been encouraging me to replace it for at least two years. I've been avoiding it because I'll have to remodel the wall quite a bit to make a flat screen work in that spot, as well as add speakers and a receiver. So many projects with a 20-year-old house, and so little free time. Maybe this is the nudge I needed to get going on it. After all, it's a bit embarrassing (and funny!) for someone that has some pretty killer AV gear otherwise.

Dennis Burger
The oldest piece of gear I own that still works is my Pioneer CLD-D703 LaserDisc player. It still works like a champ! It isn't connected to my system at the moment because, quite frankly, I can hardly bear to look at the picture on a 60-inch plasma. I keep it around, though, because it's the only method I have of playing a few cherished discs--namely, the Beatles' Let It Be and the Star Wars Trilogy Definitive Collection.

Adrienne Maxwell
I still have a Hitachi FX530 VCR in my living room setup. It looks like a tank sitting beside an Apple TV and a Dish Network Joey. I say it's connected so that I can pop in my old Tae Bo exercise discs from the mid-'90s. But really, I think I keep it around so that, when my six-year-old is finally ready to watch Star Wars, I can show her the same 1985 VHS copy that I grew up watching. Yes, it looks and sounds crappy, but it's the version of the movie that won my heart. Then again, maybe Dennis will loan me his LaserDisc player and Star Wars Trilogy Definitive Collection.

Now it's your turn to play along. What AV relic is still doing time somewhere in your home? Let us know in the Comments section below.

You'll automatically be entered in the HTR Sweepstakes, and get the hottest audio deals directly in your inbox.
Author
Adrienne Maxwell
When you buy through links on our site, we may earn an affiliate commission. Your support is greatly appreciated!
This is the static ad content. This is just a placeholder for now to get things styled.
Visit Website