What Is the Right Price for AV Gear? 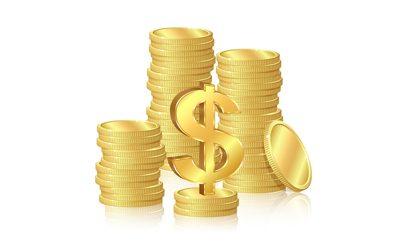 What Is the Right Price for AV Gear?

Why is audiophile gear so expensive? Jerry Del Colliano explains some of the reasons why high-end components carry a premium price tag. 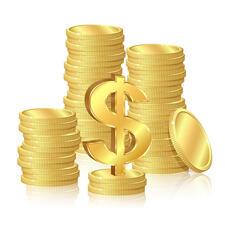 I’ve noticed an interesting trend in the AV business right now: While a good many AV components are simultaneously getting cheaper and exponentially better, a select group of audiophile products is growing increasingly more expensive. The good news for most AV enthusiasts is that, in most cases, you simply don’t have to spend as much money to get killer gear. Technologies that would have cost a fortune 10 years ago can be bought for a fraction of the price today, but that leaves that Nth percent of performance on the table for consideration. Once you have “good enough,” where do you go from there? Some people stop upgrading their gear. Others chase the buzz of audio and video perfection. Nigel Tufnell eloquently explained the phenomenon when he said, “When we need that extra push over the cliff, we go to 11.” So what happens when you need to go to 11?

Why Is Audiophile Gear So Expensive?
The price of audiophile gear is based a lot on scarcity, much like fine wine. Audiophile components aren’t often made in large volume, and they almost always include expensive, heavy, and/or rare parts. The attention to detail that goes into making a reference-grade preamp or pair of five-star speakers is amazingly time-consuming, which of course adds significantly to its cost. If an audiophile product is sold in retail stores, there needs to be a healthy profit margin for the dealers, plus plenty of profit for the manufacturer.

By the time you mill that aluminum faceplace, install the sexy LED screen, make the remote weigh two pounds, install the NASA-grade XLR connectors, and solder in that super-copper power cable, you’ve got some fixed costs cooking. Even audio products sold directly over the Internet need to reserve what companies call CPA (cost per acquisition of client) dollars. One click on Google Ad Words could be $1.50, and it might take 50, 100, or more clicks to make one sale. $1.50 times 100 is $150 in total cost per client just for Google on that one sale. Those costs have to be covered somewhere. The same goes with the free shipping and the logistics of 30- or 60-day trials with no-hassle returns and free customer support. All these have their costs.

While some of the best, high-performance audio is made in the United States, there are certainly dozens of brands from overseas that make fantastic products. Labor costs can be sky high in some of these locations. The same goes for import tariffs, which can run the price of imported components up compared to their domestic competition. International distributors have to make their markup, too, so you can add that to the cost. Foreign-made gear can get expensive quickly, but remember that American-made gear has the same problem when exported to overseas markets. That $10,000 amp in New York might cost the equivalent of $18,000 to $20,000 when sold in Germany, Dubai, or Singapore.

How Are HDTVs Often So Cheap?
Video products are priced differently than audio components, in that they are sold in much larger volumes to a wider audience of consumers. Exciting new technologies like OLED can cost a company upwards of a billion dollars to get to market, but new HDTVs sold at $20,000 don’t sell very well when Costco is rocking a VIZIO or Westinghouse that’s the same size for less than one-tenth the price, thus there is constantly downward pressure on video prices. This can make video painfully hard for smaller-volume, specialty retailers to sell successfully.

A retailer like Target can work with what they would consider “high dollar sales” at very low profit margins (think, below 10 percent in some cases) because they move hundreds of HDTVs per day per state all across the union. A traditional brick-and-mortar AV dealer might sell a handful of HDTVs per week (or per month); to make $150 on a $1,500 TV isn’t a good way to pay the rent in any given month. Yes, there are more profitable add-on elements to an HDTV sale, such as a soundbar, HDMI cables, mounts and labor, but selling TVs alone pretty much sucks. The market forces that affect the cost of TVs are radically different from that of audio products, though … especially in the world of high-end audio.

“Made in the USA” Isn’t the Draw You Think It Is
We’ve done two studies where we’ve polled HomeTheaterReview.com readers about the importance of their AV products being made in the good ol’ USA. In both cases, 90-plus percent of the sample size of a few thousand readers said that “Made in the USA” is very important to them. Where the duplicity comes in is that a similar percentage weren’t really willing to pay much more for the locally made products. That’s a problem because labor in the United States, even at a low minimum wage (below $10), is still two to three times that of what someone makes in Mexico, China, or any number of emerging countries. In the United States, there are costly factors like workers’ compensation insurance, environmental constraints, and overall scale that make building certain products in the USA very expensive. Not that I’m complaining, mind you. Anybody who watched the Beijing Olympics could see the air quality in China, even when the factories were shut down weeks in advance to hopefully cut down on smog. Regulation is good. Humane working conditions are good. But they do cost money.

There are other considerations about “Made in the USA” products, like the fact that most of the chipsets needed for a modern AV receiver, digital-to-analog converter, or what-have-you are simply not made anywhere in the USA at this point. You can “assemble” a product like a high-end AV preamp in the USA, but you simply can’t source the parts needed at any cost. It’s currently impossible to make certain AV components with 100 percent American parts.

Ever since the outsourcing of manufacturing jobs overseas became wildly popular in the 1990s, American manufacturing has simply been left behind. Significant improvements have been made in CNC machines, assembly lines, testing facilities, and more. Years of expertise, especially at the higher-paid engineering and manufacturing positions, have created a higher number of more affordable high-performance products that work well. Economies of scale then allow smaller AV companies to buy products in smaller volumes, which help them meet consumer needs without such large cash expenditures. You can see why many companies can’t help but to outsource their manufacturing in today’s economy, but there still is hope.

What would it take to bring manufacturing of electronics back to the USA? Don’t laugh, it could happen. Many car manufacturers, ranging from Honda and Toyota to high-end brands like Mercedes Benz, make high-performance cars in the USA. It’s rumored that Apple wants to open a plant to make iPhones in California. Tesla makes cutting-edge batteries for cars and homes in Nevada. Brazilian aircraft manufacturer Embraer is now making its sweet Phenom 100 and 300 private jets in Florida.

High technology can be made in America, and there are some key advantages to doing so. In China, the cost of lower-level labor has gone up by many factors in the past 10 years. And that labor is often somewhat transient, in that they tend to come from the rural areas to work for a year and then return home with the money that they earned–thus they also return home with the manufacturing expertise that they gained in a year on the job. American workers don’t have this type of upheaval in the workforce. Another key factor is that the cost of shipping, especially by air, is more expensive from Asia to the U.S., compared with shipping products that are made here.

The most important part of getting manufacturing jobs back to the United States is consumer demand. If consumers like you and I are willing to pay a little more and/or seek out products made in the USA, then these products will simply sell better. That will drive companies to make things here again. A good example of a similar movement is with organic fruits and vegetables. Monsanto tries to engineer perfect fruits and veggies, but it turns out that imperfect produce right from the local farm (and lacking all of the pesticides and genetic engineering) tastes better and possibly is better for you. Consumers want farmer’s market produce, and smart companies like Walmart have figured this out.

In the end, the consumer gets what the consumer wants when we vote with our wallet. That can be the case with AV equipment, too.