Steve Jobs was a visionary, but his ideas can be grasped very easily. It is time we take those ideas and run with them, apply them to the consumer electronics industry and everybody can win. 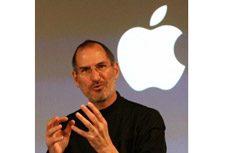 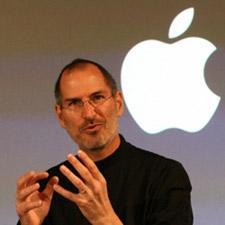 With the recent passing of Apple CEO and visionary Steve Jobs, many are asking themselves what will come of the storied company and how will the man’s legacy continue to shape the technological landscape? There’s no denying Job’s impact on the consumer electronics space – even the specialty AV markets, such as home theater, have been touched by Apple. While there are numerous products introduced each and every year to accommodate many of Jobs’ most renowned creations, most fail to encapsulate and/or further the spirit behind the products themselves; instead they merely hope to harness their greatness. What makes a product new or relevant shouldn’t be whether or not it can interface with an iPhone or iPad, but what it has learned from those products and how it has applied this knowledge elsewhere in its own user experience.

You want know why HDTVs and soundbars outsell everything else in the home theater space? It isn’t because they’re sold more places, or more affordable or that those who buy them are somehow inferior, it’s because they’re simple. Everything about them from the buying experience to their setup and use is simple and familiar. We’ve watched TV for years and know how to do it and as for soundbars, who doesn’t understand volume up and down? Simplicity was a staple in Jobs’ thinking for technology was never to be the barrier to entry -it was always the door.

Have you stopped and looked at a modern home theater lately? It’s crazy. It’s an orgy of cables, equipment, codecs and standards that boggles the mind. Hell – I do this for a living and at times even I think it’s too much. Now, look at an iPod (or any iProduct) and think back and remember how long it took you to begin enjoying it. It was straightforward, intuitive and all-inclusive. Now look back at your home theater and see if you can say the same thing; my guess is no. And yet we scoff at the iPod and chastise it for its convenience and resulting low-quality sound, all the while making sure we never leave home without it. Which brings me to my next point.

Jobs had a way of ensuring you needed what he was selling, whether that reason was because what he was selling was truly revolutionary or because he just did a damn good job selling it. When was the last time you heard of anyone, yourself included, needing a 250-Watt amplifier? If you were to go outside and poll 100 people and ask them if they needed an AV preamp, I’m willing to bet money most would respond, “What’s an AV preamp?” Whereas if you ask those same 100 people if they were going to get the next iPhone, their response will probably be a little different. Now, many of you are probably screaming at your computer screens right now yelling, “Of course Apple excelled at creating demand, look how much money they spent on marketing!” It’s true, but what kicked it off? The frenzy was always kicked off by a mere press conference starring Jobs himself walking people through his latest creation as if the world was his classroom.

You see, Jobs understood that more than marketing, education was everything, something that is severely lacking in today’s consumer electronics space, especially within the home theater realm. We’ve become so preoccupied with advancing technology that we rarely stop to make sure everyone following the progress has actually managed to keep up. And while many of you are probably thinking to yourselves, those aren’t the people we want to talk to anyway; I have news for you – yes they are. Those people are precisely the ones we need for one reason and one reason alone – they haven’t bought in yet.

Many companies have the platform in which to promote their wares; heck there are more than a dozen tradeshows globally each year dedicated to audiophile and home theater topics, and yet outside of the specialty press and marketplace you never really hear about what’s coming down the pike. Instead new technology merely appears as if from nowhere at your local retailer where you then must rely on the word of a teenager looking to sell a TV or two before their next cigarette break.

Who is at fault? We all are, from the manufacturers to the dealers as well as us in the press. Instead of generating demand for a singular cause or a piece of technology, everyone goes it alone and in turn creates confusion in the marketplace, thus making it difficult for publications such as this one to put the spotlight on anything, let alone what’s important. No one is taking the initiative to shape the conversation and steer it in a direction that is not only favorable but also easy to digest. The last time the industry seemed to have the same laser focus Apple does every time it releases a new product was back when Sony decided it had had enough and was going to win the HD disc war by putting HD DVD out of business. It was an exciting time and arguably the last time “Joe Six-pack” cared about what was going on in the world of home theater too.

Which brings me back to my earlier example of why HDTVs and soundbars do well while other specialty AV products flounder; it’s because they check all the Jobs inspired boxes. They’re simple, easy and intuitive to use, have become necessities in their own right and are able to be understood by virtually everyone, even if that understanding only manages to scratch the surface. I know it’s hard times out there and that everyone, even the top one percent, are suffering but that doesn’t mean we should give up or continue to simply pander to those who have already invested. The world cannot simply stand by and wait for another Steve Jobs to appear and solve all its problems, for that man has already come and gone. It’s time for us to pick up the torch and carry on where he left off and start making products that once again enhance our lives and ignite our imaginations versus confuse and frustrate us.