So you are happy with the Blu-ray player and HDTV you bought a few years ago but want the network features of modern devices. There are streaming media devices that can add network features to your system. But which one is right for you? Find out here. 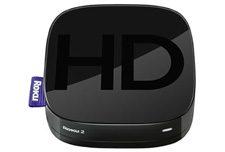 Non-networkable A/V devices are so 2010. If you've purchased an HDTV, Blu-ray player, or gaming console this year, there's a good chance it sports network connectivity and a Web platform with video-on-demand and other nifty services. But what if you assembled a great A/V system before this latest craze emerged? The good news is, you don't have to invest in a new TV or Blu-ray player to get the full complement of network services. There are now plenty of standalone streaming media players that allow you to add this perk to your existing system. The bad news is, with so many options to choose from, you may not know where to start the hunt. That's where we come in. We recently researched a number of these players, including the Apple TV, Roku 2, D-Link Boxee Box, LG Smart TV Upgrader, and Sony SMP-N200. Based on our findings, we've come up with a list of questions that can help narrow your search and lead to the best streaming media player for your needs.

What Web Services Do You Want?
The most obvious question is, what kinds of Web content do you want to access? Are you only interested in video-on-demand movies? How about music-on-demand from a service like Pandora? Or photos from Picasa or Flickr? Social-networking tools like Facebook and Twitter? Games? We can't very well list every Web service that each of the above-named boxes carries, or this post would become a novel. However, we can provide you with some quick links to each company's rundown: Apple TV, Roku 2, Boxee Box, and LG Smart TV Upgrader.

All of these boxes include Netflix's streaming service, as well as at least one pay-per-use VOD service--such as Amazon VOD, VUDU, CinemaNow, or iTunes (AppleTV only). At this stage in the game, Roku and Boxee have the most extensive selection of services, and you have the ability to customize the experience by adding new services through an "apps store" and deleting services you don't want. Apple currently has the least amount of services and few customization options. The Sony box has access to the complete Sony Entertainment Network, which is loaded with options, but it doesn't let you customize and add new services; as with the Apple product, you get what they give you. LG, on the other hand, hits all of the major entertainment bases and does include an apps store, although there's not a whole lot of compelling stuff just yet. Does Your TV Have HDMI Inputs?
If the answer is no, you can scratch several of these products off your list. The AppleTV, Boxee, and LG products only offer HDMI video output; so, if you have an older HDTV or all of your HDMI inputs are already being used, then it's time to focus on the Roku 2 or Sony products--which have analog video output. The Roku 2 boxes have composite video, while the Sony box adds component video.

Do You Want A Player That Can Output 1080p?
The AppleTV and the lowest-priced Roku 2 box (the Roku 2 HD) are limited to 720p video output, while the other boxes do 1080p. Is this a big deal? Not right now, since only a limited number of providers stream 1080p content (namely, VUDU). However, more providers could add 1080p streaming, and you have to decide whether you want to prepare for that now with a 1080p-capable box.

Click on over to Page 2 for more help deciding what's the best streaming media player for you . . . Do You Want to Stream Your Personal Media Files?
All of these boxes support personal media streaming over your home network except one: the Roku 2. (The top-shelf Roku 2 XS has a USB port through which you can play some media files, but its file support is limited.) So, if you're looking for an easy way to enjoy your own digital content in addition to Web services, Roku isn't the best choice. The Boxee platform was originally developed as a media interface for your computer, and it supports the widest variety of file types--including FLAC. The Boxee, LG, and Sony products are DLNA-certified and can receive streamed content from any DLNA server. Of course, if you're a Mac/Apple lover who makes extensive user of iTunes and iPhoto and currently has your digital life stored in the iCloud, then the Apple TV will provide the most seamless experience.

How Do You Define Intuitive?
One man's "intuitive" is another man's "confusing." Once you've (hopefully) narrowed your list to a couple of players, we recommend you try to get a demo to see which one you find the easiest to use. At the least, try to take a tour of the product's interface via the company's website or a hands-on review. While the AppleTV is more limited in its content options, many people still embrace it because it has that Apple intuitiveness that just makes it easy to set up and use. I've also seen positive reviews of the Roku 2 interface. The Boxee Box is the only one that comes with a remote that includes a full QWERTY keyboard for easier text input (it's also an RF remote). The other four companies do offer a free control app that allows you to use your smartphone to control the product, and most of those apps include a virtual keyboard (LG does not).

How Much Do You Want to Spend?
The Apple and Sony players carry a price tag of $99, and the LG has an MSRP of $129.99. The Boxee Box is the most expensive at $180, but it does offer the best file-format compatibility and a more flexible, open platform. The Roku 2 is the best value of the bunch, with three players priced from $60 to $90 (there's also a Roku LT for $50). If you want a comprehensive, flexible Web portfolio and don't plan to stream your own media files, then the Roku 2 is tough to beat.