This week, Olivia recommends a surprisingly appealing release from Apple TV+ and highlights some re-released fan-favorites as well as new releases that might have slipped under your radar 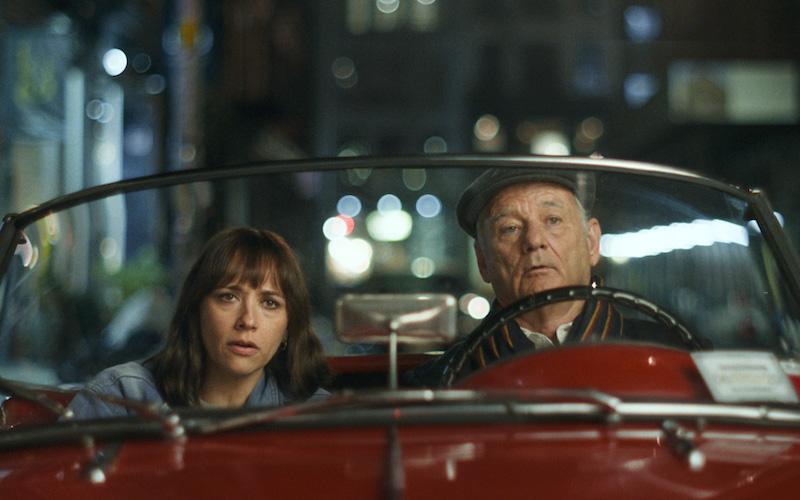 While the straightforward assumptions about father/daughter relationships found in most movies and TV shows are problematic at best, one thing I think we can all agree that Sofia Coppola has completely nailed all the nuance of the dynamic between fathers and daughters and the lasting impacts of such.

Coppola proves that once again with On the Rocks, an Apple TV+ original that stars Rashida Jones as Laura, a New York City writer finding the distance in her marriage increasing, and Bill Murray as her frank playboy father, Felix, whom she asks for help in patching up her marriage.

Bill Murray is absolutely brilliant in the role of a father who obviously loves his daughter but doesn't quite know how to express his love in the healthiest way. The opening of the film treats viewers to Murray – in voiceover   – calmly but confidently telling his daughter, “You’re mine until you get married… Then you’re still mine.

The film then shows Laura’s wedding to Dean, all elegant happiness and at the same time awkwardness, and then we see a quick jump to the future, where Laura and Dean have two kids and Dean, after a long business flight and a few too many Xanax, climbs into bed with Laura but as soon as he hears her voice, seems confused and pushes her away. If this were a stereotypical romantic comedy, Laura would find solace with her girlfriends” and her father may make a bumbling but warm appearance, if anything.

In Coppola’s world, however, Laura turns to Felix, who tells her she needs “to start thinking like a man.” By virtue of Bill Murray’s star-power, he of course takes over the film, saving it from becoming just another trope-filled character study about  a rakish father with a daughter he’d give the world and more to. Instead, it becomes an exploration of how to navigate this sort of relationship in real life. Coppola’s On the Rocks may be bathed in a sea of rich, contrasting colors with characters who look perfectly rumpled even when they roll out of bed, but –the dynamic between Jones and Murray as a daughter who needs her father and a father who is almost exactly the type of man he's trying to protect his daughter from proves to be fascinating.

On the Rocks is now streaming on Apple TV+.

Apple TV+:
Bruce Springsteen’s Letter to You [Dolby Vision, Dolby Atmos] – The new documentary captures Springsteen and the E Street Band recording their latest record, Letter to You, replete with both live footage and archival footage, as well as a peek into the background of Springsteen’s . The pull of the doc itself may not be from the new record, but more due to the allure of watching Springsteen explore the past and the present, and in a time when the country is incredibly and obviously torn, people can look at an American icon and feel comfort that at least he hasn’t failed them.

Netflix:
Aunty Donna’s Big Ol’ House of Fun [Dolby Vision, Dolby Digital+ 5.1] – If you haven’t heard of the Australian comedy trio Aunty Donna, you’re in for a treat. Zach Ruane, Broden Kelly, and Mark Samual Bonanno deliver six episodes' worth of hilarity that can be compared to Tim Robinson’s I Think You Should Leave, or better yet the work of Weird Al Yankovic, who coincidentally makes an appearance. Aunty Donna’s Big Ol’ House of Fun starts streaming on Netflix November 11.

A Clockwork Orange [HD, Dolby Digital+ 5.1] – Back on Netflix after a brief hiatus, Stanley Kubrick’s iconic film with layer upon layer of societal commentary proves that some things just never go out of style. If for whatever reason you've never seen it, A Clockwork Orange is centered around a dystopian future in which Malcom MacDowell’s Alex and his gang of droogs go around committing “ultra-violence.” Alex is caught and offered a chance at rehabilitation. An exploration of societal norms and the attempt to , A Clockwork Orange is an infamous masterpiece and oftentimes a favorite of both pretentious film snobs and perfectly normal people alike.

Hulu:
Killing Eve: Complete Season 3 [HD, Dolby Digital+ 5.1] – If you haven’t been keeping up with Killing Eve, now is your chance. The show, which centers around Sandra Oh as Eve Polastri, an agent obsessed with female assassins fired from MI5 and subsequently hired by MI6 to track an assassin who only goes by the name Villanelle (Jody Comer). The two women realize their lives are more intertwined than they thought, and as their obsession with each other grows deeper, so does the danger they both find themselves in. Make sure to binge seasons one and two – also on Hulu – before diving into the highly anticipated latest season.

A Teacher [HD, Stereo 2.0] Another timely release, FX’s A Teacher stars Kate Mara as Claire, a new teacher at a high school who forms an innocent-at-first relationship with Nick Robinson’s Eric, a star athlete who needs help with SAT prep. As is obvious within the first few minutes of the show, the situation reveals its imbalance of power, and Claire’s grooming of Eric pays off and the two begin what they both view as a romantic relationship. With an unflinching look at the lesser-examined and also disturbingly misrepresented female predator and her underage victim, the new miniseries shows the dissolution of Claire’s abuse of Eric, and his coming to terms with the reality of what has been done to him. Jason Bateman serves an executive producer of the show, so at the very least, that should convince you to give it a chance. The series will begin streaming on Hulu beginning November 10.

HBO Max:
Murder on Middle Beach [HD, Dolby Digital+ 5.1]  – This new docuseries, spearheaded by Madison Hamburg in his directorial debut, follows Hamburg as he attempts to solve a very personal cold case in his hometown. His mother, Barbara Hamburg, was murdered over ten years ago in Madison, Connecticut, and the four-part series takes viewers through the last eight years in Hamburg’s attempt to delve deeper into his family’s history and find further evidence that may help him finally get justice. The series premieres on November 15.

Amazon Prime Video:
Community [HD, Dolby Digital+ 5.1]  – Joel McHale can be hard to take even in small doses, yes, but somehow his brash and arrogant airs translate perfectly in Dan Harmon’s subversive and self-aware multi-cam sitcom. Co-starring Chevy Chase, Donald Glover, Alison Brie, Danny Pudi, and Ken Jeong, the series explores the lives of a group of both young and old adults who bond over the shared experience of community college. A parody and meta-comedy wrapped up into one, the show does not disappoint with both its subject matter and performances. Stream the entire show on Amazon Prime starting November 8.