Olivia walks you through what's new and what's notable this week on Netflix, Disney+, HBO MAX, and Hulu. 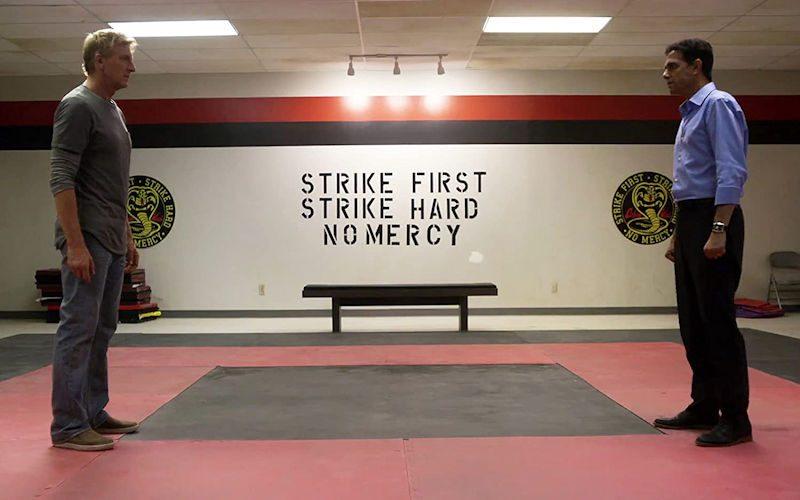 Enjoying Chef's Table isn't a hot take per se, but it's such a fantastically appealing series that for once something ranked in the Netflix "Top 10" actually seems worth watching. So why not embrace the food theme that always seems to accompany fall and check out Chef's Table BBQ?

This standalone edition of Chef's Table – unlike the original series - focuses solely on one type of food: barbeque, obviously. If you didn't realize how diverse or important barbeque is as a food genre, you're in for a surprise.

The first episode's chef should appeal to even the haughtiest of foodies: Tootsie Tomanetz is a sweet and witty 85-year-old custodian whose moonlighting gig as a pit master at Snow's BBQ in Texas has made her everyone's surrogate grandmother. There's something heartwarming about watching Tootsie go from her job at a local high school to bending over the spit and creating food that people travel from all over Texas – and beyond – to enjoy, often lining up in the cold morning light to try it.

The series begins with a bang and sustains its appealing intimacy throughout the rest of its run. We meet chefs Lennox Hastie of Sydney, Australia; Rodney Scott of Charleston, South Carolina; and Rosalia Chay Chuc of Yucatán, Mexico – all of whom have their own interesting stories to tell and mouthwatering food to display. Throughout the entirety of Chef's Table BBQ, the straightforward and yet artful cinematography associated with big-budget Netflix series is evident, enabling the viewer to engage in the simplicity that is barbeque.

Even if this is the first foodie show you've ever flipped on or you haven't touched meat in years, we're pretty sure you'll find Chef's Table BBQ a tasty entertainment treat.

Other view-worthy highlights this month:

Cobra Kai (Seasons 1 and 2) [HD, Dolby Digital+ 5.1] – Originally launched on YouTube Red, this comedy-drama web series is set 34 years after Johnny Lawrence's defeat in the 1984 All-Valley Karate Tournament. Lawrence decides to reopen the Cobra Kai dojo after teaching his teenaged neighbor to defend himself with karate...Ring any bells? Of course, the decision to reopen the one-militaristic dojo attracts Daniel LaRusso's attention, and we get to see the former enemies interact once more. Even better, Ralph Macchio and William Zabka reprise their roles as Daniel - who now owns a car dealership - and Johnny. Even if the last time you saw The Karate Kid was when Crystal Pepsi was still on shelves, Cobra Kai is a hilarious hit of nostalgia, and best of all, Netflix has renewed it for a third season.

Away [Dolby Vision, Dolby Atmos] – This new series starring Hillary Swank continues the trend of playing into our fascination with and fear of space. Swank plays Commander Emma Green, who is tasked with leading a three-year mission to Mars. Although the new show takes a more uplifting tack than Gravity or Interstellar, it nevertheless has its fair share of seat-gripping thrills along the way. Fans of the Netflix series Lost in Space will think it's out of this world.

I'm Thinking of Ending Things [Dolby Vision, Dolby Atmos] – Charlie Kaufman's new thriller takes the existential ponderings of a breakup and combines them with an unsettling plot revolving around a woman who travels with her seemingly perfect boyfriend to his parents' farm in the middle of nowhere. This might sound like the makings of a slasher film, à la The Cabin in the Woods, but it couldn't be further from that. Instead, Kaufman presents an unnerving discord between the woman (Jessie Buckley), her boyfriend (Jesse Plemons), and his parents (Toni Colette and David Thewlis). Fans of Eternal Sunshine of the Spotless Mind, Hereditary, and Midsommar will feel right at home. Toni Colette's signature blood-curdling laugh is just a bonus.

Ravi Patel's Pursuit of Happiness [HD, Dolby Digital+ 5.1] – A new docuseries hosted by Ravi Patel where each episode delves into various societal and cultural norms, expectations and even questions. Divided into four parts: "Growing Old in Mexico," "Overparenting in Japan," "Work Hard Play Hard in South Korea," and "Immigrants and the Border in Denmark," the series follows Patel and his parents, who tag along with him. Not only is the series touching and thought-provoking, but it's a treat to watch Patel's playful banter with his parents, and to hear their thoughts – seeing as they are from India while Patel was born in America. Fans of Netflix's Jack Whitehall: Travels With My Father and Master of None will especially enjoy this series.

Raised By Wolves [HD, Dolby Digital+ 5.1] -- HBO takes on the Adam and Eve trope and twists it in this new drama series. An android sends his two creations, Mother and Father, to a new planet in order to rebuild the human race. While Mother and Father are nurturing the human children they've been tasked to raise, they must contend with other humans and the landscape of this strange new planet, Kepler-22b. The show's religious undertones might not appeal to some, but HBO manages to blend sci-fi and mythology to create a series that will captivate fans of Westworld, Watchmen, and The Leftovers. The first three ten episodes are available now.

A Hidden Life [HD, Dolby Digital+ 5.1] -- Previously released in 2019, this historical drama follows Franz Jägerstätter, an Austrian farmer during World War II, who refuses to pledge allegiance to the Third Reich and is sentenced to death. The plot is gut-wrenchingly realistic, making it difficult to watch at times, but this Terrence Malick film is a must-see tour-de-force that captivates and stays with you long after the credits have rolled.

Woke: Season 1 (Hulu Original) [HD, Stereo 2.0] – This new comedy stars Lamorne Morris (of New Girl fame) as Keef, a Black cartoonist whose assault at the hands of police grants him the superpower of talking to inanimate objects. Keef quickly learns he cannot brush off the social issues he's successfully avoided addressing and sets out to confront them in his own life while still struggling to stay on the path to success. Tune in if you enjoyed High Fidelity – the new TV show, not the film – or the Hulu Original, Shrill.

Mulan [Dolby Vision, Dolby Atmos] – The highly-anticipated live-action remake of the Disney classic is being released on Disney+ for those willing to pay a $30 "Premier Access" fee on top of their monthly Disney+ subscription. Although the price is hefty, those who pay for "Premier Access" can stream the new film as many times as they like. Those not willing to pay up can wait until December, when Disney+ is supposed to make it free for subscribers.

The Boys (Season 2) [UHD HRD10+, Dolby Digital+ 5.1] – This black comedy explores what might happen if superheroes were celebrities and behaved like it. Starring Karl Urban, Jack Quaid, and Antony Starr, this season follows up last year's rousing first-round success by introducing new villains and superheroes to help deliver an appealingly crass and often bloody Round 2. You'll definitely enjoy it if you liked The Tick or Good Omens.

The Birdcage [HD, Stereo Dolby Digital+ 5.1] – This 1996 comedy combines the comedic brilliance of Nathan Lane and Robin Williams as two flamboyant Miami drag club owners whose son (Dan Futterman) is recently engaged to the daughter (Calista Flockhart) of a staunch Republican senator (Gene Hackman). The cast alone is enough to carry most of the weight of the film, but this remake of the French La Cage aux Folles is just as hilariously enjoyable today as it was 20 years ago. At the very least, Nathan Lane in drag will always be a showstopper.