Olivia dishes on Robert Pattinson's ridiculous southern drawl, as well as all of the other stuff you can't miss on your favorite streaming platforms this week. 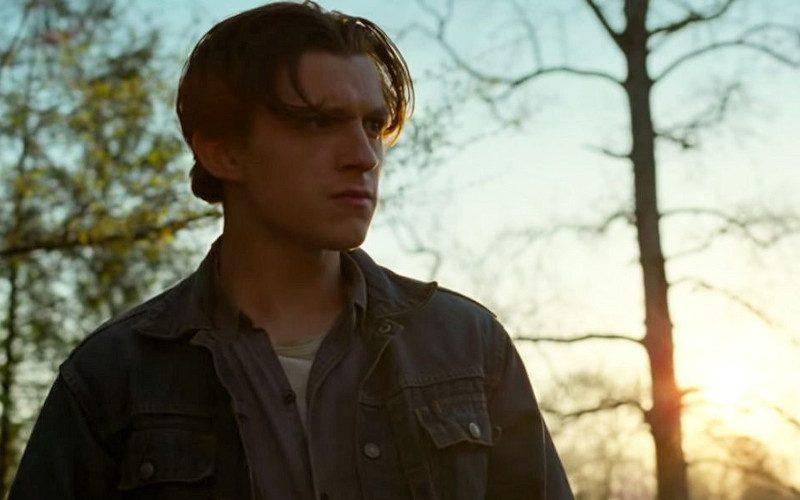 The Devil All the Time [Dolby Vision, Dolby Atmos]

If Netflix has demonstrated anything with original thrillers such as I'm Thinking of Ending Things, 1922, and Eli, it's that directors are free to indulge themselves with slow burns that may or may not pay off. In the case of Netflix's latest thriller, The Devil All The Time, the slow burn may just be warranted.


Directed by Antonio Campos and adapted from Donald Ray Pollock's novel of the same name, the film is intended to be another examination of Southern Appalachia and the religious fervor that can prey on impoverished communities. More of a deep-think than an outright horror, the film exhibits the worst that humanity has to offer and underplays terrible cruelty in exchange for an uncomfortable dread that makes the viewer feel the humidity of the film on their skin, and the flies buzzing in their own ears.

If you can get past Robert Pattinson's confoundingly annoying and nasally southern accent – trust me, it is that bad – then you'll certainly enjoy the nuance and fresh-faced gruesomeness that Campos injects into the dramatic thriller. It may be a slow burn, but if you hang around, the payoff is worth it.

Set in Appalachia following World War II, the film features a star-studded cast led by Bill Skarsgård as Willard Russell, a haunted war vet who returns to his community a deeply troubled man and quickly falls in love with Charlotte, a diner waitress. As Russell grapples with his faith and penchant for brutal violence, and his son Arvin (Tom Holland) grows up to be a conflicted yet loyal young man who becomes a quasi-vigilante, constantly dealing with the conflicting way in which his emotionally manipulative father raised him. Robert Pattinson arrives late on the scene as Reverend Preston Teagardin, a power-hungry and predatory preacher who rolls into town selling some intense religion. Teagardin quickly becomes embroiled in the town's rich undercurrent of violence for violence's sake and further adds to the overall atrocities committed.

Combine all this with Sebastian Stan's sheriff who, unsurprisingly, does very little in the way of actual policing, and Jason Clarke and Riley Keough's serial killing twosome, and you have enough plot points to last you quite a few films, let alone one that's two hours and eighteen minutes.

The Devil All the Time is available to stream now on Netflix.


Ratched [Dolby Vision, Dolby Atmos] – Sarah Paulson, a national treasure as far as I'm concerned, stars as psychiatric nurse Mildred Ratched, who we all learned to hate in the 1975 black comedy One Flew Over the Cuckoo's Nest (based on Ken Kesey's 1962 novel of the same name). This Netflix Original depicts Ratched's murderous beginnings at Lucia State Hospital, where she develops a taste for lobotomies and all the "maladies" they can cure. Paulson's Ratched is calm, composed, and utterly evil, with a backstory that attempts to explain the medical malpractitioner's motives. Ratched ostensibly takes the Lucia State job to learn from and nurture her patients, but anyone who saw the movie knows how long that charade lasts. The first season of Ratched is now streaming on Netflix.

HBO Max:
The Murders at White House Farm [HD, Dolby Digital+ 5.1] – This new miniseries, premiering September 24, examines the infamous murders of members of the Bamber-Caffell family at White House Farm in Essex county, England. The series reviews the proceedings immediately following the murders, including the widely-held assumption that the schizophrenic daughter of the family, Sheila, may have been the killer. But it also introduces a new "twist" in the case. Following up on I'll Be Gone in the Dark, HBO has offered up another compelling true-crime series that doesn't disappoint.

White House Farm - Own it on DVD & Digital Download

Amazon Prime Video:
Utopia [UHD HDR10, Dolby Digital+ 5.1] – Debuting on September 25, this new Amazon Prime original series (actually a remake of a 2013 UK series) follows a group of teenagers who discover that the plot of their favorite comic book series, Utopia, is real, and the world is ending. Created by Gillian Flynn (writer of Sharp Objects and Gone Girl) the series features John Cusack as the mad scientist whose plan to end humanity via biowarfare is thwarted by Rainn Wilson's disgruntled ex-employee and the teenagers who discovered the plot in the first place. The series is slated for an eight-episode run.

Hulu:
Filthy Rich (FOX) [HD, Stereo 2.0] – Kim Cattrall of Sex and the City fame stars in this new drama series about a southern family whose wealth from its televised ministry fuels an outrageous lifestyle. After the loss of the unfaithful patriarch – whose secret children resurface to claim their inheritance – the family's privileged existence descends into chaos worthy of a daytime soap, with Cattral's matriarch at the helm. The series premiers September 22.

Disney+:
Gordon Ramsay: Uncharted Season 2 [HD, Dolby Digital+ 5.1] – A riff on Anthony Bourdain: Parts Unknown, this National Geographic series follows popular British chef Gordon Ramsay – whose impassioned outbursts have provided entertainment on numerous cooking shows – as he travels to remote locations to discover new ingredients and culture. Premiering September 25 for a seven-episode run, the second season of Ramsay's latest endeavor provides viewers with a look at some of the most stunning landscapes in the world.

Apple TV+:
Tehran [Dolby Vision, Dolby Atmos] – A new, eight-episode series that follows Tamar (Niv Sultan), an undercover Mossad agent in Tehran whose mission involves destroying Iran's nuclear reactor. However, Tamar's mission misfires, and she becomes trapped in her fake life after her cover is nearly blown. Tamar must try to complete her mission and find her way home. The first three episodes will be released on September 25, followed by a new episode weekly.