Olivia breaks down some of her top picks of the week from your favorite streaming video services. 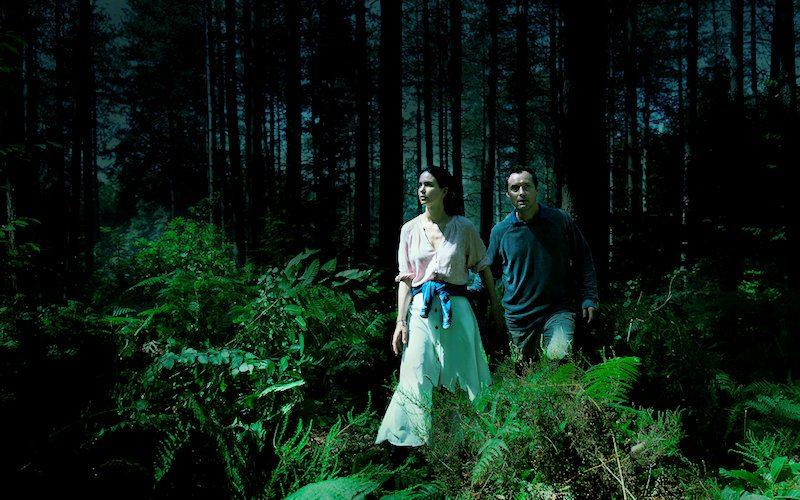 Although COVID-19 restrictions and social distancing wreaked havoc with the fall TV season, it didn't stop HBO from delivering another enticingly dark drama, quarantine be damned. The network has delivered several miniseries to placate viewers between seasons of Westworld and – hopefully – True Detective. The Third Day is the latest, and it looks like one of the best.

The Third Day is told in two parts – "Summer" and "Winter," each of which consists of three episodes. Jude Law stars as Sam, a man lost both figuratively and literally, who ends up stuck on the British island of Osea, a nerve-rackingly mysterious, dangerous and possibly even deadly place. As Sam gets his bearings and interacts with the eerily welcoming islanders, they all seem to be hiding the nocuous nature of Osea inhabitants. Throughout "Summer," Sam devolves into something very close to hysteria as he learns more and more about the island.

In "Winter," we meet Helen (Naomie Harris), a single mother who travels to Osea with her two daughters to escape their own woes. Like Sam, Helen is unnerved by the island and its inhabitants. She, too, falls prey to the island's surrealistic dangerousness.

The Third Day is filled with metaphorical questions and "outsider looking in" tropes that have become almost trite (remember Midsommar?). Yet it grabs your attention with each new plot point and is one of the rare dark dramas that actually looks beautiful. The dreamlike horror that characterizes the show removes you from reality, but only as far as you're comfortable going.

The Third Day premieres September 14 on HBO and HBO MAX.

HBO Max:
We Are Who We Are [HD, Dolby Digital+ 5.1] – This new drama series follows Fraser Wilson and Caitlin Harper, two American teenagers whose parents are stationed on a military base in Italy. The series follows the typical coming-of-age theme but somehow manages to feel fresh and more intriguing than most similar stories. It explores Fraser and Caitlin's relationship with each other and their parents, especially Fraser's connection with one of his mothers (Chloe Sevigny), who is the base's new colonel. We Are Who We Are puts a new spin on coming-of-age dramas with its military base setting and by depicting adults who are also struggling to adjust. If you enjoyed HBO's Big Little Lies or Hulu's Normal People, this show is definitely for you. It premieres September 14 for an eight-episode run.

The Social Dilemma [UHD, Dolby Digital+ 5.1] – Netflix's newest documentary goes where many have gone before by exploring the evils of social media and its threats to humanity. It's ambitious, if not slightly inane, to take on such a pervasive aspect of our modern daily lives, yet this documentary succeeds by making a good case. Directed by Jeff Orlowski and Larissa Rhodes, the production cuts between interviews with experts such as the man who invented the Facebook "Like" button, and the dramatization of a family that is a slave to social media. The doc's conclusion is predictable, but it is nevertheless informative and eye-opening. The Social Dilemma is streaming now.

Hulu:
Archer: Season 11 premiere (FXX) [HD, Stereo 2.0] – If you overlooked the first 10 seasons of FXX's animated sitcom, this would be a great time to catch up. The new season premiers September 16, and like its predecessors, revolves around titular character Sterling Archer, a foul-mouthed secret agent (voiced by H. Jon Benjamin) and his fellow agents. This season finds Archer awakening from a coma and believing his team may not need him anymore. This adult-oriented animated series is filled with raunchiness enhanced by the vocal talents of Jessica Walter, Chris Parnell, and Judy Greer. If Netflix's Big Mouth or BoJack Horseman appeal to you, you'll enjoy this one.

Disney+:
Becoming [Dolby Vision, Dolby Atmos] – This new docuseries from LeBron James and Maverick Carter follows a different celebrity each episode as they share their stories and introduce viewers to their hometowns. We hear unfamiliar backgrounds from familiar faces such as Nick Kroll, Rob Gronkowski, and Candace Parker, who introduce the people who helped make them successful. Becoming is a great example of Disney+ doing what it does best" create content close to saccharine-sweet but still charmingly enjoyable. All ten episodes will be available September 18.

Amazon Prime Video:
All In: The Fight for Democracy [HD, Dolby Digital+ 5.1] – This new original documentary, premiering September 18, focuses on the persistent issue of voter-suppression in the U.S. This call-to-action, directed by Liz Garbus and Lisa Cortés, focuses on the history of voter suppression and the activism that has surfaced as a result. Spotlighting the systemic oppression that has created an inequality when it comes to voting, the documentary may not be news to the people who are the oppressors or their victims, but others may be shocked to learn about the deep-rooted issues within our electoral system. All In: The Fight for Democracy debuts September 18.

ALL IN: The Fight For Democracy – Official Trailer | Prime Video

Apple TV+:
Long Way Up [Dolby Vision, Dolby Atmos] – This new series starring Ewan McGregor and Charley Boorman follows the two as they travel 13,000 miles from Argentina to Los Angeles on electric Harley-Davidson motorcycles. McGregor and Boorman are the first people to travel this distance on electric motorcycles, and their adventurous mishaps and tribulations are a big part of the entertainment value. So are the different cultures and landscapes they encounter that are totally foreign to these two Brits. This show is a sequel to the pair's two previous motorcycle journeys, Long Way Down and Long Way Around, and a cross between Anthony Bourdain: Parts Unknown and Amazon Prime Video's The Grand Tour. In typical Apple TV+ fashion for its original series, the first three episodes will premiere on September 18 followed by a new episode weekly.