When Should You Update Your Software and Firmware on Your AV System?

When Should You Update Your Software and Firmware on Your AV System?

Internet-connected audio video products entered systems and brought with them the presence of firmware. Which brings with it a new question: when it comes time to update firmware, when should it be done? 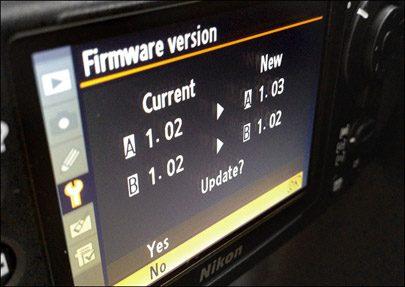 Trust is hard to earn. It takes time. It takes respect. And when abused, one could argue that it is difficult, if even possible, to regain. I bring up this lesson in ethics as a prelude to discussing if or when you should update your firmware and software on your home theater and/or audiophile components because, increasingly, AV enthusiasts are getting burned. Some are getting burned badly.

AV-PC convergence is upon us so much so that Microsoft has given up their $12,000,000 booth at the 2013 Consumer Electronics Show. Hell, Bill Gates and/or Steve Ballmer aren't even giving the keynote speech at the show. Computers have finally merged with AV components, as well as everything else "consumer electronics," ranging from cell phones, refrigerators, home automation and/or pretty much anything that plugs into the wall or has a battery.

The fact that convergence is real and that computers run our AV systems is in many ways a good thing. Video processors inside of Blu-ray players and/or AV receivers have the power to upconvert from 1080p to UltraHD (formerly known as 4K) resolutions. Disc players and digital to analog converters can use Cray super-computer-like upscaling to try to make crappy-sounding MP3s sound much less crappy. AV preamps and HDMI receivers serve as Ethernet routers that can also use their multiple processors to equalize a 9.2 home theater with one-button ease of use. Laptops are viable audiophile sources. Apple iPads, Android phones and other devices can be media servers, as well as universal remote controls. Airplay, Bluetooth and wi-fi connections make components talk together better than they ever have before. Internet connections allow streaming sources like CinemaNow, Netflix, Pandora, Rhapsody, Internet radio and the like to be the norm. Nobody, not even the Unabomber, could argue that new technology hasn't benefited from the convergence of computers and AV components.

But all is not perfect in the happy world of home theater, just as computers are far from perfect entities. Even in the euphoric yet insular world of Apple, you see the constant need for software updates. What is the problem with simple updates, you ask? When your iPhone shows that there are three updates in your App Store, you just update them, and then the world is perfect, right? Well, you do update them, but the world is still far from perfect. A few weeks ago, Apple Computer updated its all-important iTunes software with a major version change. This time it's called iTunes 11 and, for those who use Apple TV, iPads, iMacs, iPhones or anything "i" or Apple, iTunes is your hub for music, movies, television, photos, applications and beyond for your entire home. Guess what - iTunes 11 stinks and those who downloaded it will see key features simply disappear from their user interface. One meaningful change is the removal of "cover flow" art for your music. This means that if you spent the time to make sure your music collection has all of the right albums (not Gomer Hendrix covers for Electric Ladyland or missing covers for Peter Gabriel albums and beyond), those large covers that made for a virtual onscreen cover art jukebox are now gone. And unless you want to go into Time Machine and try to un-upgrade, you are pretty much hosed. There are more features gone and buried in iTunes 11, too. "Get Album Artwork" is yet another level deeper in the menu structure. The de-duper feature that allows you to remove duplicate tracks is now gone. This isn't all that's missing in iTunes 11, which CNET.com did a fantastic job of covering in this article.

AV components like Blu-ray players and AV preamps have software and firmware updates also, and not all are created equal. I had a Blu-ray player that needed a firmware update that promised to increase the load time of the player's notoriously slow drawer. I downloaded the firmware onto a DVD as I was instructed. I spun the disc and let it rip. And that was the last time the player ever worked. It was literally dead. Could I have had it repaired? Probably, I could have, at additional expense and with an investment of a meaningful amount of time, but I just pulled the plug on the patient and got a new player that connected directly to the Internet for future updates, as I know updates are a part of the joy of ownership, but not all work out to a happy ending. It just wasn't worth my time trying to keep this player going, especially when the firmware update rendered the player DOA.

Most firmware and software updates lead to a good result. However, consider the pressure that companies are under to get products to market and function up to expectations. At the same time, product managers are forced to do more with their components with less engineering, quality control and design resources. This is why it's always a good idea to err on the side of caution when it comes to updates. Before you mindlessly click on the upgrade button (like I did on all but one of my three Apple computers), take a brief look on Google to see if there are any stories, articles or threads about an upgrade. The latest update might be nothing but an upgrade, but the 60 seconds it takes to get a second opinion is very worth your time in the short run, because making an avoidable upgrade mistake could waste a lot of your valuable time later.

By no means am I suggesting that you become fearful of software and firmware updates for your ever-converging AV systems. What I
am suggesting is that you use caution and do just a little bit of research into the update before you commit. Some products don't have an easy way to return to your technological past, even if things were better back in the day before you clicked "update."