Who Is on Your Audiophile Mount Rushmore?

Who Is on Your Audiophile Mount Rushmore?

If you had to pick four people to honor on the Audiophile Mount Rushmore, who would they be and why? Check out our list of potential candidates, and see who Jerry Del Colliano would select. 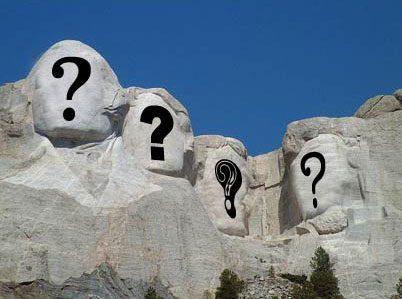 There are many people who, over the years, have helped to build the audiophile business into what it is today, but only four can make it on the industry's Mount Rushmore. We want you to select the people you think are most fitting. Here are the rules: we are seeking industry icons, engineers, and leaders. We are not considering audiophile retailers or music industry types. You can select from our list below, or pick your own people. In the Comments section, tell us who you think belongs immortalized in audiophile stone and why.

Here's a list of nominees that we came up with, including a little history on each. It's impossible to sum up these people's careers and/or influence in a sentence or two, but you get the idea.

Bob Carver
From creating amps out of coffee cans to starting Phase Linear to creating a truly for-the-people line of products under the Carver name to literally rewriting the rules that define a subwoofer at Sunfire, Bob Carver's accomplishments are far reaching.

John Curl
Many people think that Mark Levinson designed his first, game-changing preamp, the JC-2, but it was designed by John Curl. Today Curl designs products for Parasound that receive rave reviews.

Dan D'Agostino
Dan is the founder of Krell and has his own signature line of uber-high-end electronics today under the D'Agostino name. Dan also helped design the Aragon 4004 amp, which was comparably successful with the Adcom GFA-555.

Gordon Gow
An early hire at McIntosh, Gordon designed some of the company's most iconic products like the 50W-1 amp. Today McIntosh is one of the most long-standing and iconic brands in audiophile history - a brand with long-lasting cool that appeals to generation after generation.

Sidney Harman
Harman/Kardon is a worldwide name brand, but Sidney Harman is known more for JBL, Mark Levinson, Revel, Lexicon, and beyond. The high-end audio community wouldn't be the same without the politically charged Sidney Harman.

Herman Hosmer (H.H.) Scott
One of the early pioneers of kit-based audio, H.H. Scott also made design advances on FM Stereo Multiplex tuners. His namesake brand, H.H. Scott, competed with Marantz, McIntosh, and Fisher back in the day but was ultimately merged with Emerson.

Morris Kessler
The man who makes everyone's amps right here in Los Angeles is a 50-year veteran of the audiophile business that many in the hobby don't know. Those who have discovered Morris' ATI line have stumbled upon some of the best made amps (and great bargains) in the business today. Morris also owns brands like Theta, SAE, and B&K.

Ray Kimber
Some of the most iconic audiophile cable designs come from Ray Kimber, but his scope isn't limited to cables. He pioneered speaker technologies and recording techniques designed to bring the live musical experience to listeners at home.

Henry Kloss
The man behind Advent and KLH is also noted as the creator of the acoustic suspension loudspeaker. While video isn't exactly an audiophile topic, it's hard to imagine a home theater without the Advent VideoBeam 1000.

Noel Lee
Noel Lee didn't invent the cable business, but he made the audiophile business take it seriously, which helped make the industry profitable and more high performance. Don't forget his role in Beats, too.

Mark Levinson
Mark Levinson put the high end in high-end audio. Mark's namesake company really set the standard for audiophile components, and the Cello shattered all of those expectations later in the 1980s. Writing best-selling books about sex, starting successful restaurants, and marrying a famous actress only begin to define the cult of personality known as Mark Levinson.

Saul Marantz
The namesake of the Marantz brand was making audiophile gear before there really was such a term. Marantz was part of Philips when the Compact Disc was introduced.

Nelson Pass
Pass Labs, Threshold, and First Watt are all successful brands from today and yesterday, but how about designing the Adcom GFA-555 - perhaps the most power-to-the-people audiophile component ever? Nelson Pass is also big into the DIY electronics market, which ties back to some of the founding fathers of audiophilia.

Akio Morita
Akio Morita was the co-founder of Sony and was involved with the rise and popularity of products like the Compact Disc, the Walkman, Betamax, Trinitron televisions, and much more.

Arnie Nudell
The co-creator of Infinity's game-changing and possibly divorce-causing speakers and, later, Genesis speakers, Arnie is one of the industry's great characters.

Gayle Sanders
Gayle's middle name is half of the famous brand MartinLogan. MartinLogan's CLS speaker is one of the most popular and important in audiophile history, but Gayle's move to more mainstream distribution for a popular audiophile brand must be noted as highly significant.

Bob Stuart
The co-founder of Meridian, Bob Stuart was behind the first high-end Compact Disc player (the Meridian MCD) and game-changing powered speakers, and he was the driving force behind MLP technology, which was the key to the HD audio disc format known as DVD-Audio.

Karen Sumner
Karen Sumner defined the category of high-end audiophile cables in the 1980s with MIT and went on to found Transparent Cable in 1995 with partners Jack Sumner and Carl Smith. With Transparent Cable, Karen has successfully elevated the category of high-end audiophile cables to that of an audio component by offering new technology, more performance, and the ground-breaking Transparent Upgrade Program.

David Wilson
David Wilson pretty much defined the genre of high-end, audiophile loudspeakers – starting with the $1,600 WATT speaker, then adding the Puppy. His WAMM system broke price barriers and had David flying all over the world to install his speakers in ways that dozens upon dozens of speakers companies aspire to today.

If I were to pick my four icons to carve into stone, I would likely select Mark Levinson, Bob Carver, Noel Lee, and Sandy Gross, although I could make a case for nearly everyone on the list. Mark Levinson is the living embodiment of high-end audio and one of the best salesmen, visionaries, and artists I've ever met. Bob Carver brought high-end audio more to the mainstream. Noel Lee taught the audiophile hobby how to be an actual business. Sandy Gross pretty much made the audiophile speaker business what it is today; somehow, he's always able to deliver a value-oriented product with audiophile soul.

Now it's your turn. Vote below on which industry icons would make your Audiophile Mount Rushmore and why. Did we miss anybody on our suggestions list? (I am sure we did.)