Why a Disc-less Future Might Not Be YOUR Future

Why a Disc-less Future Might Not Be YOUR Future

Lots of people have proclaimed the death of the physical disc as a means to deliver AV content, but Jerry Del Colliano says, "Not so fast." Technologies like Ultra HD and Dolby Atmos, along with unpredictable broadband speeds, will keep the disc format relevant for a good long while. 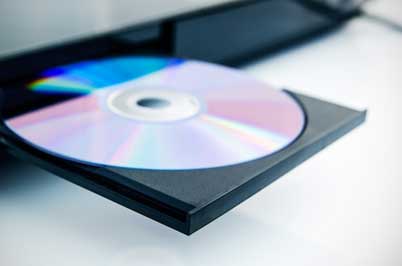 At this point in the AV hobby, we’ve all ripped Compact Discs onto a hard drive. It’s fully legal, and it populates your iTunes library or any other application that you use to listen to music on your computer, phone, or other mobile device. Without, say, a Kaleidescape server, ripping DVD and Blu-ray discs is a little more tricky but still doable, if you aren’t worried about potential legal troubles (just don’t upload them to a file-sharing site, and you should be fine).

For those who don’t want to deal with the hassles of importing discs, there is now an endless array of streaming/download services for both music and movies. Netflix‘s turnaround has been incredible (yes, I long ago put a nail in their coffin instead of a chunk of my retirement in their stock…oops). Despite Netflix’s popularity, though, the service is far from comprehensive in terms of titles that come in and out of the catalog. The holes in Netflix’s catalog can be filled by other services like VUDU, Hulu Plus, HBO Go, and so many others. For higher-resolution music, TIDAL offers CD-quality music in volume that makes your hard drive look pretty wimpy. Where Jay-Z will take TIDAL is to be determined, but for now it’s a nice supplement to streaming Internet radio, which has its perks but comes at very low resolutions.

So, why haven’t we all gone completely disc-less? If you read this site regularly, it’s likely because you are a performance junky, like the rest of us. You want the absolute best audio and video performance that your system can provide, and streaming–while amazingly convenient–simply isn’t the answer yet. On the music side, we are much closer to a completely disc-less reality, as there are high-resolution files available for download from any number of sources (amazingly, not Apple) that, while a bit pricey, represent the high-octane fuel that makes your $5,000 or $10,000 or $15,000 speakers sing in ways that no new preamp can. Garbage in (and that’s what my 1440 AIFF files sound like compared with 24/192 files that you can download today), garbage out. Even on less-expensive audiophile systems, the best upgrade you can make is to your software collection. What is really needed is a Kaleidescape-like upgrade program for music enthusiasts who want to make the move to HD. K-scape allows you to upgrade your DVD-Video collection to Blu-ray-quality downloads right on your media server for a very fair price of $2 to $3 each. I upload in bulk just because it’s so easy and cheap. It also frees up space for more Blu-rays in the K-scape Blu-ray vault. How many enthusiasts would jump at such an option for music? Tens of thousands, I think–all spending hundreds to thousands of dollars each. Please, please, please put me at the front of that line to upgrade my music in bulk to HD.

The home theater realm is another story. Many of us want to experience video in Ultra HD and audio in Dolby Atmos and/or DTS:X. Many of the biggest booths at CES 2015 were pushing streaming Ultra HD, yet not every residential Internet service provider is prepared to handle the challenges. In a recent article, I took it one step further to suggest that nearly all home theater enthusiasts don’t have the in-home networking needed to stream the type of content that the big boys at CES are suggesting is right around the corner. Do you have Gigabit Internet from your provider? If so, I am jealous. Very jealous, as I know only one person with this type of Internet at their house, and they pay significant Melo-roos tax in their new, California neighborhood for such a wonderful luxury. Even with Megabit Internet, you need the enterprise-class networking and fiberoptic wiring that you might expect to see at a Boeing research facility to be able to manage such streaming feats in your home. Forget wireless; it’s just not up to the challenge of today’s highest-resolution video and nine-plus-channel killer surround sound.

So what’s the answer, you ask? Blu-ray, ladies and gentlemen. The format isn’t dead yet, and most reports suggest that, by the end of the year, UHD content will be available in a disc format. An Ultra HD Blu-ray doesn’t require NASA-like Internet or a Cisco-installed network. You just put your disc in the player, connect it via HDMI 2.0 (with HDCP 2.2) to your UHD TV, preamp/receiver, or projector, and you are good to go. Little to no compression, HD audio in surround, and you are set. Are the files huge? Yes, they won’t easily fit on a little NAS drive, but you’re not supposed to be ripping Blu-ray discs, either–unless you think it’s okay to buy illegal European encryption software.

Does it suck to have to buy some of your favorite movies all over again on Ultra HD Blu-ray? Perhaps. But you want to know what sucks a lot more? Having a TV that can do 400 percent more resolution, 7.8 billion colors, and HDR content and not having one piece of demo material to play on it. You want to know what sucks above that? With the addition of an extra subwoofer and a few in-ceiling speakers and perhaps a new preamp or receiver, you can have state-of-the-art surround sound that simply blows away anything you’ve ever heard from a 7.1 Blu-ray via Dolby Atmos or DTS:X. These new technologies aren’t the emperor’s new clothes. They are kickass, and you should start considering upgrade plans for your system, even if it means that you might need to make a bit of a mess with drywall dust. They are that good.

There is nothing wrong with streaming in many cases, be it an old TV program, Internet radio, an old classic film, and beyond. It’s perfectly fine to look up damn near any CD title on TIDAL or use AppleTV to scroll through your lossless collection that you ripped onto a hard drive years ago. But when it comes to the ultimate level of performance–the type of performance that we really pay for with the gear reviewed on the pages of HomeTheaterReview.com–if you want the best sound and video, you are going to be spinning discs for a few more years to come.