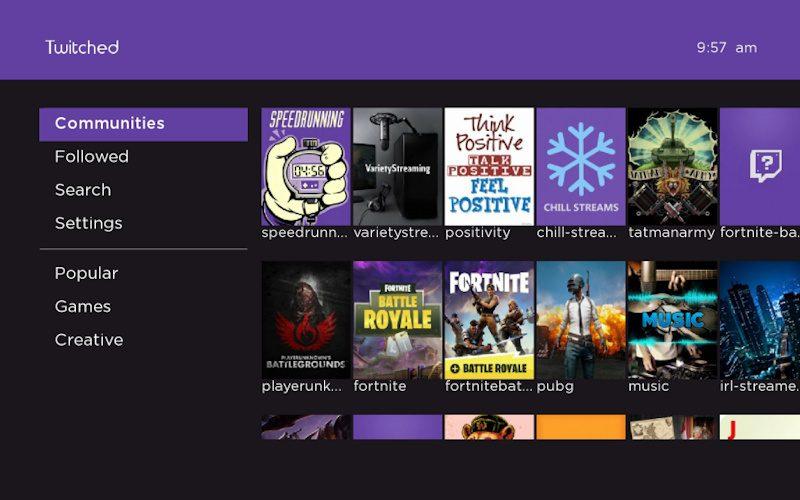 Feature News Stories
Published On: July 29, 2019
We May Earn From Purchases Via Links

Amazon seems unwilling to let Roku owners have access to Twitch, even via the publicly released API. Whether you watch Twitch streams or not, this should concern you. 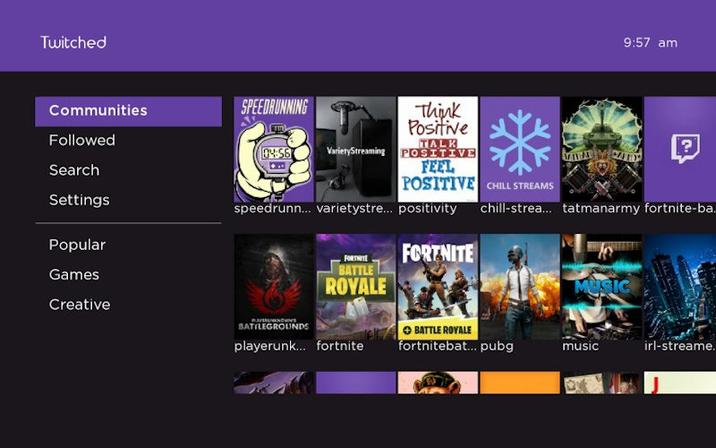 
We've been talking a lot here lately about the convenience and quality of modern over-the-top video. Many on our staff have abandoned discs almost entirely in favor of 4K HDR streaming, and the number of cord-cutters in our ranks grows higher every month. Relying on little more than a $90 Roku or similar streaming device and a halfway decent internet connection, today's home theater aficionados have access to video quality that would have blown our minds just a few short years ago, not to mention nearly limitless variety in terms of what to watch.

In short, when it comes to the new world of video streaming, we at HomeTheaterReview.com are here for it. In a big way. But that's not to say that everything about our digital future (or even present) is, or will be, perfect. We've pointed out how those without access to decent internet are getting left behind when it comes to enjoying the modern AV experience to the fullest. There's another, more sinister problem, though, that we haven't spent much time talking about: issues that arise when companies who provide access to over-the-top content are also in some way responsible for both the creation of that content and the box on which you access it.

Amazon's squabbles with Apple have been well reported elsewhere, but the results of those squabbles meant that for the longest time you couldn't watch Amazon Prime video on an Apple TV, and you couldn't buy an Apple TV on the world's biggest e-tailer.

Amazon also recently buried the hatchet with Google, their beef with which meant that for the longest time you couldn't find a YouTube app on Amazon Fire TV devices, nor could you watch Amazon Prime via Chromecast (the irony here being that Fire TV is built on Google's Android operating system).


The point is, Amazon makes content. The company also delivers that content via its own app. And it makes the box on which it wants you to access that app. Can you also access Amazon Prime Video and the content therein via other boxes, like Roku and Apple TV? You can. But would Amazon much rather you purchase their own media streaming box instead? You bet they would. And they've demonstrated a willingness to get into a knife-fight with other companies who make similar boxes at the drop of a hat.

This sort of thing is becoming more and more common in different categories of internet content, what with Facebook gobbling up the social media world, etc., but I'm singling out Amazon in this case because, for now, it's pretty rare in the AV world, at least if you ignore cable and satellite and simply focus on decent-quality AV entertainment. Content creators/providers who also make and sell the box on which that content is consumed are, to this point, the exception rather than the rule in the home theater domain. It will become a little less rare when Apple TV+ launches this fall and Apple gets into the content creation game in a big way. But Apple seems to have a more Kumbaya attitude to all of this, as the company has said they'll be supporting Roku, Fire TV, and smart TVs with this subscription service.

I'll also admit that I'm singling Amazon out because their shenanigans have hit me personally as of late. Amazon, as some of you may know, owns Twitch: the service best known for its live video game streaming. And while those of you over the age of 50 may not know Twitch for anything beyond that, Twitch is also home to a lot of D&D live gameplay. My wife and I spend at least five hours a week bingeing the service in our media room. It's how we watch Critical Role and all of the ancillary shows on that channel, after all, since we don't want to wait four days for new episodes to be posted to YouTube.

Critical Role: The Saga of Fluffernutter

To make what's becoming an incredibly long story short, in 2017 Amazon unceremoniously yanked the Twitch app off of Roku's store and stopped updating the app, leaving the Fire TV as the only dedicated media streamer with an official Twitch app that new customers could download. It didn't take long for someone to develop a new, third-party app for Roku, named Twitched, which was made using Twitch's publicly available API. But last month, that app was deleted from Roku devices with no warning. And ever since, Roku owners have been up in arms trying to figure out why.

Roku claimed that the deletion was done at the request of the app developer. The app developer categorically denies this, saying that the request to remove the app was made by Twitch (hence, by Amazon). And a recent post revealing this on the official Roku Subreddit was nearly immediately deleted, leading to further speculation about the shadiness of it all, and leaving many Twitch fans pointing their fingers at Roku, which is probably exactly what Amazon wants.

A now-deleted Reddit posts shines some unwanted light on the disappearance of the unofficial Twitched app for Roku.

No matter who is ultimately to blame, the long and short of it is that Roku owners (by far the biggest demographic amongst dedicated media streaming box owners) are left with no official way of accessing Twitch. As a result, many have turned to the hobbled, out-of-date, original Twitch app for Roku, which hasn't been patched since 2017, doesn't support video-on-demand archives, and has to be installed through sneaky methods at this point.

I reached out to Amazon to try and get to the bottom of why the company doesn't support Roku with an official Twitch app, when its Prime Video app is available on most other streaming devices, including Roku. But I couldn't even get so much as a "no comment." It's hard not to walk away from this with the assumption that Amazon wants us Twitch users to be forced into buying into the Fire TV ecosystem, which I'm not a fan of. At all.

Apple TV owners, by the way, also have to resort to accessing the service via Twitchy, another third-party app that relies on the same API that was used to develop Twitched for Roku. One can't help but wonder, though, whether Amazon just looking the other way after making nice with Apple recently, or if Twitchy is next on the Cease & Desist list. Honestly, nobody knows because nobody's talking in any official capacity. And look, you may not give a rip about Twitch and how it's accessed in home entertainment systems. That's totally a valid perspective. My point isn't that you should be up in arms about one company denying access to one very specialized service on third-party devices.

My point is that this sort of thing, which is already common in the traditional media space (think AT&T--which owns both DirecTV and HBO--starting a pissing match with Dish Network over carriage fees for the latter) and is only going to become more and more common in the over-the-top landscape as tech giants gobble up more content creators and content distributors, and continue to make their own hardware for consuming that content. You may not care about watching Dungeons & Dragons played by a bunch of voice actors on a streaming service that's typically home to potty-mouthed teenagers airing their Fortnite grievances for all the world to watch. And that's fine.

But barring some form of modern-day antitrust legislation, whatever your niche interest is may be the next thing that's snatched up by a major tech conglomerate and locked behind an artificial wall, on a competing streaming device to the one you already own and love. The world of streaming is supposed to be a competitive open frontier, with apps accessible via whatever device you dig the most. The way it should work--and for the most part does--is that if you want someone to buy your streaming device, you build a better streaming device, or at the very least you market it better. What Amazon is doing is effectively saying, "Hey, the two-to-four million of you who are watching Twitch on any given evening? We own it now, so you have to watch it on our dongle whether you like it or not, or you don't get to watch Twitch on a dedicated media streamer."

And that's a dangerous precedent that should disturb all AV enthusiasts. If you'll allow me a somewhat tenous analogy, imagine if Sony Pictures Home Entertainment released Into the Spider-Verse on a UHD Blu-ray disc that would only play on Sony UHD Blu-ray players. The home theater enthusiast community would have a collective stroke, and rightly so. Should we be just as upset about Amazon's hoarding of Twitch? Probably not. But it's disturbing nonetheless.