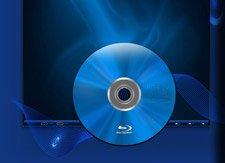 Education
Published On: February 20, 2013
We May Earn From Purchases Via Links

Now that streaming video-on-demand services like VUDU, Netflix, and iTunes offer movies at a 1080p resolution, many people have sounded the death knell for the Blu-ray high-definition disc format. Blu-ray may very well be the last mass-market video disc format,... Now that streaming video-on-demand services like VUDU, Netflix, and iTunes offer movies at a 1080p resolution, many people have sounded the death knell for the Blu-ray high-definition disc format. Blu-ray may very well be the last mass-market video disc format, but recent sales/rental numbers show that it's still doing pretty well for itself. I love streaming video-on-demand, and I use it all the time for casual movie watching and preschooler entertaining, but I would never give up my Blu-ray player. When it comes to serious movie watching through my home theater system, when I want not only the best A/V experience but the best movie-watching experience, Blu-ray is still the way to go...and here are a few reasons why.

1. Blu-ray still has better video quality
Slowly but surely, streaming services are improving the quality of their video streams, with iTunes, Netflix, CinemaNow, and VUDU all offering video-on-demand titles at a 1080p resolution (Amazon only offers 720p HD, so we will not include their VOD services in this discussion). However, resolution is only part of the story. These services may offer the same resolution as Blu-ray, but they have to use a lot more compression to deliver the content over the Internet, and compression artifacts like banding and softness will hinder picture quality. Ultimately, a large part of the image's quality will depend on the quality of the compression scheme (or codec, like MPEG2, MPEG4, etc.) that's used, and that varies for each service.

Content providers have a nice amount of storage space to work with on Blu-ray: A single-layer Blu-ray disc can hold 25 gigabytes of data, while a dual-layer disc can hold 50 GB. Blu-ray is capable of a maximum video bit rate of 40 Mbps. These factors mean that less compression is needed to deliver the content within the available specs. My OPPO BDP-93 Blu-ray player allows me to view the bit rate of Blu-ray and DVD movies that I play, and a sampling of Blu-rays in my collection showed films that are encoded at an average megabit-per-second (Mbps) A/V bit rate in the high 20s to the mid 30s. (DVDs generally offer, at best, from 6 to 8 Mbps.) Of course, some Blu-ray movies look better than others, but that usually has more to do with the quality of the film transfer itself, not the format.

Now consider the plight of video-on-demand services that need to use a lot of compression to keep file sizes and bit rates reasonably low. A 1080p movie download on iTunes is generally under 5 or 6 GB (a fraction of the size of a Blu-ray movie). For streaming services, the provider needs to compress the file enough to send it at a bit rate that's equal to or lower than your broadband speed. Here in the United States, Internet speeds are all over the map, so these services, to some respect, have to aim for the lowest common denominator. Even Netflix's top-quality Super HD 1080p service aims for a recommended target of just 7 Mbps for the best quality, 5 Mbps for good quality. VUDU recommends at least 4.5 Mbps for its HDX 1080p format. These streaming providers will test your network speed before playback begins on a selected title and adjust the level of compression based on how fast your network is; the slower the network, the more compressed your video has to be to ensure uninterrupted playback. Sometimes, you may have to wait a while to begin playback so that the service can get ahead of the curve, so to speak, to ensure high-quality playback without interruption.

Even if your network speed is above the recommended standards, there may be instances during heavy traffic times when the speed falls, and thus so does video quality. You might even see the quality shift halfway through a film. Quality may vary based on whether you use a wired or wireless connection. There's also the fact that, if you're streaming a lot of video and using too much data, some ISPs will throttle the speed to limit your usage, which again will hinder video quality. The simple fact is, even though compression techniques are getting better and streaming companies are working hard to improve overall video quality, a lot of factors are currently beyond their control...and beyond yours.

2. Blu-ray has much better audio quality.
Picture isn't everything, either. Even when you are getting excellent video quality through a streaming service, you're not getting the uncompressed multichannel audio that you could get through Blu-ray. A large number of new, big-ticket Blu-ray movies offer either a Dolby TrueHD or DTS-HD Master Audio soundtrack. These higher-resolution formats allow for up to 7.1 channels of uncompressed audio...and they would require a lot of bandwidth to stream that way. The audio soundtrack offered by a streaming service will depend on the service, the device it's playing through, and the movie you're watching; audio can often be limited to PCM stereo, or it might be Dolby Digital 5.1. At best, you'll get Dolby Digital Plus, which offers slightly better sound quality than Dolby Digital and can give you up to 7.1 channels but is still not as good as uncompressed Dolby TrueHD. (VUDU announced support for DD Plus 7.1 in late 2011, but there are still not a ton of titles that include 7.1). If you love the DTS format, forget about it; it is rarely offered as an option for streaming services.

3. Blu-ray offers more bonus content (including, in many cases, a digital copy of the film).
Blu-ray discs are often loaded with bonus content – such as making-of documentaries, commentary tracks, BD-Live interactive content, and games – that you don't get when you purchase or rent a movie through a streaming VOD service. This is slowly starting to change: Services like iTunes and VUDU have started to offer some bonus content with certain movie purchases, but it doesn't apply to rentals, and it doesn't yet rival what you can get on the Blu-ray disc. For those of you who like streaming because of the portability of digital movie files, one bonus feature that's often offered with Blu-ray movie discs is a digital copy of the movie for use on your portable devices, or you might get an UltraViolet code to add the movie to a "digital locker" to access through a streaming platform. So, for the price of the Blu-ray disc, you get the best of both worlds.

4. Blu-ray can be more accessible.
Streaming-only services like Netflix rely on an Internet connection. If your home's Internet service goes down, you can't stream a movie. Blu-ray does not require high-speed Internet. As long as you have power, you have the ability to access to Blu-ray content. If your computer has a BD drive, you can take your Blu-ray movies with you and watch them on a plane or anywhere else where Internet i
s absent. Pay-per-use services like iTunes and VUDU work a little differently than Netflix in this respect. iTunes does give you the ability to download purchased and rented content to watch on compatible devices without an Internet connection. VUDU also gives you the ability to download purchased content (not rentals) to your computer; these downloads were previously limited to standard-definition, but VUDU has added the ability to download HDX 1080p movies to your computer. With VUDU, you have to choose to download a purchased film; it doesn't happen automatically. So, make sure to perform this extra step if you want access to your movies without an Internet connection.

5. Blu-ray rentals can be cheaper.
Purchasing movies through a streaming VOD service like iTunes or VUDU can often be cheaper than buying the same film on Blu-ray, primarily because you don't get the advanced audio and full slate of bonus content I discussed above. A new, non-3D Blu-ray movie disc will often cost around $20-$30 through Amazon, while its VOD HD counterpart may run about $15-$20. When it comes to renting titles, though, Blu-ray can actually be cheaper, especially if you have a Redbox (or five) in your neighborhood. Redbox rents Blu-ray discs for $1.50 per night (plus tax). Redbox's selection may be limited, but a quick scan of my local Redbox showed most of the same big-ticket new releases offered through VOD. Blockbuster Blu-ray disc rentals vary per title; in my neighborhood store, it's about $3.25 for a one-night rental of a new Blu-ray release. Compare that to a 1080p rental from iTunes, VUDU, or CinemaNow, which can be as high as $5.99.

Now let's compare Netflix's subscription services: $7.99/month for unlimited streaming or $9.99/month for unlimited Blu-ray rentals (receiving one disc at a time). Yes, the streaming service is cheaper, but the Netflix streaming catalog does not include nearly as many titles as the Blu-ray catalog, nor does it include the newest big-ticket movie releases that are available on Blu-ray. If you want the best value on the biggest movies, the Blu-ray rental approach is still the way to go.

Once again, let me say that I am a regular user of streaming VOD services. Their convenience can't be beat, and there's something to be said for just being able to order a movie, hit play, and watch it - with no trailers to sit through, no menus to navigate, no copyright warnings to endure. But, if you've taken the time to assemble even a modest home entertainment system with an HDTV and a surround sound setup, don't shortchange yourself or your system by relying solely on streaming video services. Blu-ray players aren't very expensive anymore, and they're not likely to become obsolete anytime soon. So go ahead and make the investment; it will be worth it.

Check out our gallery of best Blu-rays to "show off" your home theater below . . .