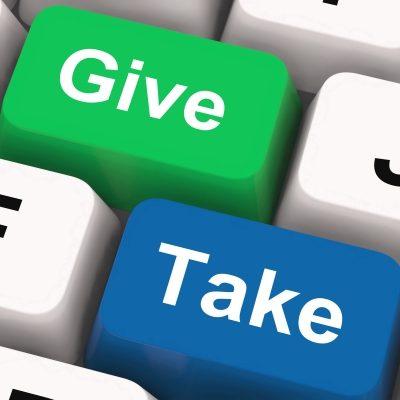 Remember those old, chunky, plastic, black-and faux-wood-grain channel switchers that came with your cable box circa 1986? They were big, and they were corded; but, once you got the hang of the three-tier system they used for selecting channels, you... 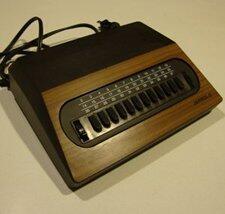 Remember those old, chunky, plastic, black-and faux-wood-grain channel switchers that came with your cable box circa 1986? They were big, and they were corded; but, once you got the hang of the three-tier system they used for selecting channels, you could zip around faster than you can with any modern remote. I miss those suckers, but not because I'm nostalgic or because I would press three buttons at once and get free (albeit blurry) HBO. I miss those chunky little boxes because they gave me what I wanted: lots of channels, really fast. No onscreen menu was needed, and why bother? You already knew where your favorite channels were. In fact, I guarantee I could have flipped from MTV's music videos to Nickelodeon's kids shows to Fox's after-school cartoons while blindfolded and drinking a soda. Then something happened...those boxes disappeared, and with them went my love of cable, even if I didn't understand it at the time.

I can say that I've been proudly cable-free for several months now, and my last bout was only because I was staying with a friend who had it. Do I miss the bill? No. Do I miss all the content? A little. But that's okay because where there's a will, there's a way. I'm not about to miss out on great shows like Breaking Bad, and the beauty of today's TV landscape is that I don't have to. The fact is, nobody really needs cable, and the argument for cutting the cord has only strengthened in recent years. 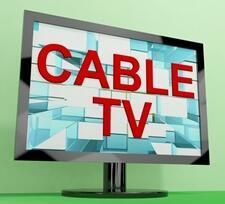 For the purposes of this article, cable and satellite television are grouped together, as their inherent values are so similar, it wouldn't make sense to divide them. I was paying about $110 per month for DirecTV not too long ago; admittedly, that cost was split with a roommate, but that's still not a small amount of money, adding up to nearly $1,300 a year...enough to buy some killer speakers, among other things.

The benefit to having DirecTV? Everything, all the time. Just turn on the TV, and bam – you are presented with hundreds of channels filled with 24/7 programming on every topic you can think of. Want to watch golf? It's on somewhere. Tennis? Also on, probably both men's and women's. A movie? You've got 50 choices at any given moment, and that's not counting pay-per-view options. Realistically, you do get what you pay for...tons of content. The big question I had with all this content was, how much of it do I really watch? Do I need six or seven channels dedicated to cooking? Eight versions of ESPN? MTV2? What happened to the original MTV...and music videos, for that matter?

The truth is, at least 95 percent of the content I was paying for, I wasn't watching. The reason? No interest and/or no time. You simply cannot watch that much television in a day, I don't care how unemployed or laid-up you are. It's impossible to feel like you're truly getting your money's worth every day. But cutting the cable meant I'd have to get my content from somewhere else. While I wasn't bothered about missing the Bassmaster Classic, I did still want Cartoon Network. While I couldn't care less about Rachael Ray's latest kitchen nightmare, I really wanted to catch the latest episode of Breaking Bad. Surely, there was a better way to get exactly what I wanted.

The best way to jump ship from cable is to rely on something you probably already have anyway: an Internet connection. This is 2014, so broadband is a must...preferably cable broadband (so technically, you're not really cutting the cord, just exchanging one metaphorical cord for another). Then you need something to watch the content on, be it a laptop, a tablet, or a TV. At my current place, my roommate has his Xbox 360 hooked up to a nice, big plasma television. Everything we watch comes through the Internet, through the Xbox, and into the TV. Simple. In place of the Xbox, you could use a Roku player, an Apple TV, a Google Chromecast, or any number of similar streaming-media devices to accomplish the same thing. Or you can go with a smart TV that has those features built in and eliminate the extra box altogether.

The next step is to find the desired content. And that means browsing apps. Lots of apps. Hulu Plus, Amazon Instant Video, EPIX, Crackle, YouTube, Google Play, Netflix, Vudu...and that only scratches the surface. Some of the apps are subscription-based (like Netflix and Hulu), and some let you pay as you play (like Google Play, the iTunes Store, and Vudu). Some apps offer exclusive content (i.e., Netflix has Orange Is the New Black, Vudu got Thor: The Dark World two weeks before anyplace else), which means there is no "one-stop shopping" app. Yes, essentially that's what cable is, but you're tied down to the television schedule – unless you DVR everything in advance, which means you already need to know what you want to watch.

One drawback to the app approach is that there's no program guide to scroll through; it's up to you to find out what you want to watch. Plus, each app in your streaming device has its own menu design and organizes content in a different way, so it can sometimes be a challenge to find what you are looking for. Some smart TV platforms, like those from Samsung and LG, offer more advanced search tools that will search across the different apps and aggregate the content into one menu, which makes it easier to search for something to watch.

The ability to pull up nearly any show or movie any time you want and have it cost less per month than cable is a pretty enticing proposition. So let's look at the cost. Netflix is currently $7.99 per month, which in my opinion is a great deal (although it will be going up soon). Hulu Plus and Amazon Prime have prices in the same ballpark. What can really get you are the pay-per-use sites like Vudu, Google Play, and the iTunes Store, where the price can add up if you use them to watch a lot of TV shows. Those sites are better options for movies. Google Play often has an option to rent or buy a film, and the prices aren't bad. Rentals are $1.99 to $2.99 for an SD movie, $3.99 to $4.99 for an HD movie, usually for a 24-hour rental period. Primer, a great little time-travel film, was only $9.99 to own, but it's fairly old now. Thor: The Dark World, on the other hand, cost me $24.99 as a hot new release. I bought it to watch on my computer and fired it up; then, my roommate heard the movie starting and wanted to watch it, too. Uh-oh. The living-room television doesn't have Google Play. So I now had a copy of Thor that I was stuck watching on my computer while my roommate wanted to watch it on the big TV. Now he's got to rent or buy it again. Too bad.

Click on over to Page 2 for the concessions of going cable free, and the Conclusion . . . 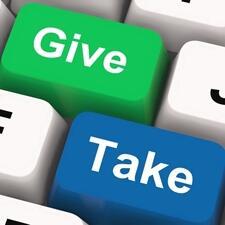 The Concessions
The very thought of giving up the DVR is probably too much for most people to stomach, but I haven't even gotten to the worst, yet most obvious, downside of giving up cable. Picture it: You walk in from a long day at the office, sit on the couch, turn on the TV, and get...nothing. Why nothing? Because you have to find something to watch first. You have to make a concerted effort to track it down...and that is perhaps the greatest divide between cable and the world of streaming content-delivery apps. Choice. With cable, you are presented with hundreds of options to choose from, all ready to go (in fact, already going). Without cable, the choice is all yours, and even if you don't know what you want, you have to choose something. Forget about flipping through the channels and getting sucked in to some old horror movie that's half over, or discovering a new reality show about bird calling, or simply leaving ESPN on in the background while you make dinner or talk on the phone. Without cable, you have only yourself to rely on. Sure, the apps have menus that promote the latest content, but that's often just a handful of choices. You need to hunt around for the good stuff, and most importantly you have to make the decision.

Other potential drawbacks to the streaming approach include the buffering blues (i.e., waiting for that content bar to fill up) and the quality of the video. Movies on Netflix and other sources are often compressed, and some options, like Google Play, set the quality for you, based on your download speed. Even though I should have been watching Thor at 1080p like I paid for, I watched it at 480p because that's all Google thought my WiFi could muster, even though I can watch HD content through other apps just fine. And, of course, if your broadband Internet goes down, you get no content at all.

One big loss that some might feel if they abandon cable is the loss of "live" television. News, sporting events, emergency warnings. The occasional special event, like the Academy Awards, might be streamed online, but it's not an everyday occurrence. There are workarounds, though. Many people forget that over-the-air broadcasting is still alive and well. You can pick up a low-profile indoor antenna like the Mohu Leaf or Terk FSTV2A. Besides the standard five networks, you can get dozens of specialty channels like Ion, Live Well, and Home Shopping, and you can add a standalone DVR to record stuff. Companies like Aereo are pushing the boundaries in this arena (and spending a lot of time in court as a result); in markets where Aereo is available, you can pay $8 to $12 per month to stream and record over-the-air TV. For more ideas on how to handle the live-TV issue when cutting the cord, check out our story "How to Break Free from Cable/Satellite Fees".

Cable is not dead. Not yet. But habits are changing. Ten years ago, nobody "binge-watched" a television show unless it was being shown all day on a certain channel. Now everybody does it. People have also gotten more savvy with their DVRs, and they don't expect to sit through commercials and previews and other crap just to get to the show they want.

In my opinion, cable will soon migrate to a "pay for what you want" model wherein you can choose which channels to subscribe to on a per-channel basis. Some people only need ten TV channels, and nobody needs a thousand. What's important is to find the model that works for you; but, in the meantime, ask yourself how much of that cable bill you're paying for is going to channels and shows you don't watch...or even want to support. Personally, I hate the idea that my DirecTV bill partially went to E! and all its ridiculous reality shows. Now, my money only goes where I want it, which is the best place for it.

You'll automatically be entered in the HTR Sweepstakes, and get the hottest audio deals directly in your inbox.
Subscribe
Connect withD
Login
Connect withD
0 Comments
Inline Feedbacks
View all comments
Author
Brandon Eberhart
When you buy through links on our site, we may earn an affiliate commission. Your support is greatly appreciated!
This is the static ad content. This is just a placeholder for now to get things styled.
Visit Website