Why I Won’t Be Seduced by Alexa

Why I Won’t Be Seduced by Alexa

Amazon's Alexa has become a popular addition to many AV and home automation devices, but Jerry Del Colliano has some reservations about using the voice control service. 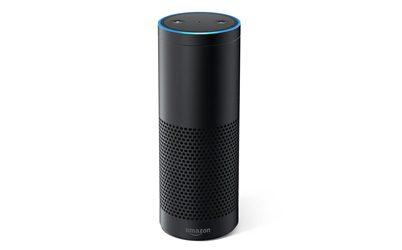 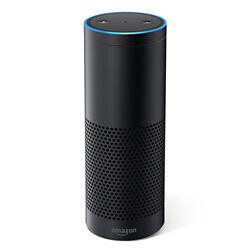 We’ve been talking about Alexa pretty much nonstop since last fall’s CEDIA Expo in Dallas, where home automation giants Crestron and Control4 both announced Alexa integration to deliver HAL-like voice control over your home automation system. Several other smart-home and wholehouse audio companies have added Alexa support, as well, and Google has jumped into the fray with its Google Assistant voice technology.

People who love Alexa love her a lot. The ability to use voice commands to control your music playlists, watch TV shows, buy products, order pizza, or perform any number of more advanced actions is the realization of future-tech right before our eyes. In a home automation system like the ones owned by Dennis Burger (Control4), Dr. Taraszka (Control4), Adrienne Maxwell (Logitech), and myself (Crestron), the addition of voice control automatically elevates an already-awesome level of control from a smartphone, tablet, or slickly programmed remote. Lights up. Shades down. AC on. Heat up the Jacuzzi. Put on Barry White. Have Wally’s deliver a very cold bottle of Perrier-Jouet Fleur. You get the idea. The world is your oyster. Hell, you can even order a dozen oysters while you’re at it.

With all that in mind, you might be surprised when I tell you that I’m not using Alexa to control of my state-of-the-art Crestron system, which handles 4K video distribution, multi-zone HD audio distribution, pool control, lighting control, shade control, and more. My reason? I think the downside is too great.

Let me give you an example. My nearly five-year-old son seemingly understood technology from the minute he was born. Hand him (or, more accurately, let him swipe) an iPhone or iPad, and in no time he’s got the thing doing tricks I’ve never seen. His ultimate elixir is television, be it Octonauts, Paw Patrol, Miles From Tomorrowland, Wallykazam, or Team Umizoomi. The boy is hooked. We let him watch TV, but in limited amounts … and my wife and I are the judge, jury, and executioner when it comes to deciding when he has watched enough. So, what happens the first time Vincenzo says, “Crestron, turn on Octonauts,” and my 85-inch Samsung TV lights up with Captain Barnacles and the opening theme? We’ve lost control. Do you think Enzo needs to see me use voice activation for the Crestron system more than once before he will have it wired? Not a chance. Passcode the control, and it defeats the purpose of voice activation.

The truth is, my handheld remotes (Crestron MLX3s) are pretty damn slick, plus I’ve got iPads all over the house that are used ONLY for Crestron control–and they’ve got live metadata, cover art for my Kalidescape server, and more. I just don’t need voice control. Remember my golden rule of home automation: Just because you can doesn’t mean you should.

Perhaps you read Dr. Ken Taraszka’s recent review of his new Control4 system. It’s $52,000 of high-level AV and wholehouse automation, and it could easily be controlled by Alexa. But Ken says “absolutely not.” The idea that a microphone is accurately recording every word said–all day, every day–is just too much for him. For example, Ken enjoys putting together these super-crazy 3D puzzles called Isis. He doesn’t exactly want to draw the attention of big brother for saying the word “Isis” all the time. Perhaps you think that Ken is being paranoid, but people are listening at some level or another–so why take the risk? You might argue that a person’s cellphone, computer, and other devices already do the same thing, but somehow voice activation seems like a much better, easier way to snoop on people. Do you really trust the government to not spy on you? Do you really trust hackers from China and Russia to not try to pry their way into your lives to steal your identity? Maybe I’m paranoid, too, but I agree with Ken. No Alexa for me.

Not to be outdone by Amazon, Google has its own voice control system. Much like Alexa, people love it for its power, convenience, and ease of use. Google bucked up for a Super Bowl ad, and apparently the voice commands within the ad made people’s actual Google Home systems go crazy. It was a total mess. Howard Stern’s sidekick, Robin Quivers, reported on a story where someone using Google Home tried to lower the lights via voice activation, and the system said “No”. Guess what, your home automation system isn’t allowed to say no. Ever. You are the boss. Unless, as in this case, you are being hacked. The next command reportedly was a computer-generated “change the password on your computer’s camera.” Yep, this poor sucker was officially being hacked–in a way that only these new technologies would allow. Very scary.

Home automation is great, and voice commands can be very cool. They just have to be appreciated for what they are, and you must weigh the benefits versus the downsides. For some, the sizzle of this new technology is just too much to resist. As for Ken and I, we’ll pass.

Where do you stand on the ups and downs of voice control of your AV and or smart home? Let us know in the Comments section below.