Apple has had a good amount of success with its dedicated retail stores, but other manufacturers haven't fared as well. Jeff Berman discusses why the "store within a store" approach might be the safer way to go. 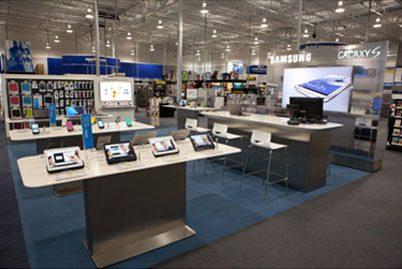 Apple opened up yet another U.S. retail store on July 30, this time in the Williamsburg neighborhood of Brooklyn, New York. It was the latest sign that–despite a retail sector that has continued to struggle overall in the face of e-commerce and despite Apple cutting back on the amount of information it discloses publicly on the performance of its retail stores–Apple Stores continue to fare better than rivals and non-rivals in the retail sector. That has especially been the case when one compares the success of Apple Stores with other consumer electronics manufacturers who have opened their own retail stores in recent years, including Sony–which has already been forced to phase out its retail stores.

When you factor in the huge expense involved in opening retail stores and the continued popularity of e-commerce, it’s easy to understand why manufacturers like Samsung are forgoing the Apple approach and instead embracing the “store within a store” approach in places like Best Buy and other traditional brick-and-mortar retailers. It seems safe to predict that we will see more new stores-within-a-store, as opposed to dedicated retail stores, in the foreseeable future.

“It would not be a good idea” for more manufacturers to open their own retail stores “in this environment,” said NPD analyst Stephen Baker. “It was a good idea years ago,” he said.

Sales by the Foot
Apple Stores have the highest sales per square foot of any U.S. retailer, said Dwight Hill, a partner at retail consulting firm McMillan Doolittle. Apple earns $5,009 per square foot for that top ranking, eMarketer reported in May last year. That was a 9.8 percent increase from the prior year. In March of last year, eMarketer reported that Apple was in first place, at $4,798.82 in sales per square foot-“far and away the highest” of any U.S. retailer, Hill said in a phone interview.

One key factor that Apple has in its favor is that it sells products, including the iPhone, that a lot of consumers want, Hill said. And consumers not only want those products, they also want the latest version of those products every time the manufacturer refreshes them, he said. They even stand in huge lines for hours just to make that purchase on the day those products are introduced.

Also a factor is that Apple refreshes not only its products, but the stores themselves, Hill said–pointing as an example to the drastically redesigned Union Square store that Apple opened in May in downtown San Francisco. The store’s standout features include 42-foot-high sliding glass entrance doors, a section called “The Avenue” where the walls are interactive-themed “windows,” an area called “The Forum” that is centered around a 6K video wall, and an outdoor plaza open to the public 24 hours a day and offering public Wi-Fi and seating.

Apple also goes to incredible lengths to make buying a product at one of its stores a seamless and pain-free experience, Hill said. Within minutes of walking into one of its stores, a consumer is greeted by an employee who learns what the customer is looking for, then you quickly get the product in your hands and receive help setting it up by an employee, he pointed out. 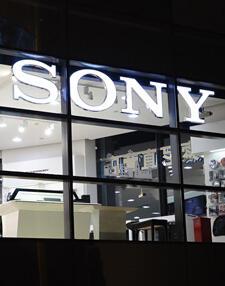 The Decline of Sony Stores
Sony stores were once a major force in CE retail, especially in the early 2000s–enough so that several of the manufacturer’s authorized retailers complained that Sony had become a competitor to them. About one decade later, though, Sony started closing stores due to a combination of factors–including the recession, TV price compression, and increased competition from Samsung and Apple on the product front and Amazon on the e-commerce front.

Sony stores initially worked, but “the business and the market changed, and they were no longer the right vehicle for Sony to go to market with,” NPD’s Baker said. “In general, I would say that, in electronics, there’s just not enough demand, traffic and, I think, mentality for CE manufacturers especially to think about being a retailer as well,” he said. The shuttering of Sony stores was “a reflection of both the problems that Sony was having and the problems of being a manufacturer and retailer,” he said. Those issues came to a head at about the same time. As Sony lost market share in certain product categories and the company “narrowed their business scope, that made the stores harder to justify,” he said, adding the stores also “began to struggle as consumer shopping started to change.”

Baker added: “If you look at other businesses, like apparel, where so many companies like Lands’ End or L.L. Bean are not just a retailer: They are a brand, and they have their own stores and sites, and they have a whole infrastructure around that. Electronics companies increasingly are not set up like that. They’re set up to sell to partners and work with partners, and being a retailer is just not in their DNA.”

Sony is a “great brand,” but you don’t hear as much about any of its specific products as you do about Apple’s, Hill said. (One exception, however, would clearly be Sony’s PlayStation game consoles and related products, which now include the PlayStation VR virtual reality headset.)

A Difficult Proposition
Retail stores are “expensive to operate” and “very difficult to pull off,” Hill said. Manufacturers opening their own stores also need the right branding and must put great teams in place to staff them, he said. It’s much easier and cheaper for manufacturers like Sony and Samsung to set up store-within-a-store sections inside the stores of existing traditional retailers like Best Buy, he said.

Dolak also pointed to another major reason why Sony decided to shutter its own stores: “Without our VAIO and smart phone business, our view is that owning and operating your own retail store is simply redundant and less efficient in view of customer experience and shopping convenience.”

Sony, in 2014, decided to exit the VAIO PC business. Its smartphone business, meanwhile, has failed to gain much traction in the U.S. and has struggled even more since Sony bought out Ericsson’s stake in their Sony Ericsson smartphone joint venture.

Samsung’s Strategy
Samsung, meanwhile, has dedicated retail stores in South Korea, but the company–which has taken considerable TV market share from Sony en route to becoming the top TV maker–has yet to announce any plans to open its own retail stores in the U.S. Samsung didn’t respond to requests for comment.

NPD’s Baker would be “shocked” if Samsung started opening retail stores in the U.S., considering how much money the company has invested in store-within-a-store departments at Best Buy. It would be just another “incremental cost on top of” the Best Buy investment if they opened their own stores, he explained. “That’s tough to see.”

Stores-within-a-store make sense because the manufacturer ends up “benefiting from the traffic that all the other brands create,” as well as “the traffic the retailer creates” and the comparison shopping that consumers do once they’re in a store, Baker said.

Microsoft and B&O Strategies
In addition to Apple, Microsoft continues to invest in its own retail stores, although that company remains, first and foremost, a software company–despite its entry into the hardware category with devices including Xbox game consoles and Surface tablets. 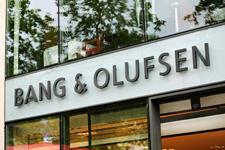 Neither Microsoft nor B&O provides many details publicly about just how well their stores are performing. But it’s safe to say that few, if any, of them attract nearly the same level of traffic that Apple does to its stores. B&O also disclosed in its August 2015 annual report that it closed 88 “low performing” stores globally in its fiscal 2014/2015 year and that it was rolling out a new store design.

Microsoft, on the other hand, has a “pretty good strategy” around its retail stores, Baker said. “They have a lot of similarities to Apple. They are an ingredient brand,” for one thing, he said, pointing to the fact that Microsoft also is involved on the software and content sides of the equation. “There’s a big advantage when you’re not just a manufacturer brand, but you’re also an ingredient brand. That adds interest for the customer and adds a lot of margin into the cost structure,” he said. But the strategy of Microsoft and Apple wouldn’t make sense for most CE manufacturers, he added.

At the end of the day, however, it’s hard to gauge how successful Microsoft stores are at this point because the company doesn’t provide detailed results about them publicly.

B&O and Bose have a long history of selling direct to consumers, Baker said. But “it’s easier when you’re a really high-end company–you don’t depend on customer traffic, you’re not dependent on awareness; the few people who know who you are, it’s pretty easy to attach to them,” he said. “Those are exceptions. That’s not mainstream brands. I think for a mainstream company, we’ve probably seen the end of manufacturer retail.”

Baker theorized that the closest thing we’ll see to a new CE manufacturer opening up its own retail store is some sort of “flagship” location where the company can show off its latest products and hold special events. But he warned, “You’ve got to be, obviously, a big brand to be able to do those kind of things.” Small kiosks during the holiday season also might make sense, he said, adding such “small-scale things work just fine” even for smaller manufacturers. “But trying to turn yourself into a retailer as well as a manufacturer, for almost everyone at this point, just isn’t in their cards anymore.”

Fifteen years or so into the existence of Apple retail stores, even they face challenges, Baker said. “If you look around, you can certainly see some of the stressors on their business model. They’ve acknowledged that they’d like to have more share” in smartphones, he noted. “Their iPad business has been tough” also. Tablet sales in general have been declining. “How do you get people into the stores? I think they’re seeing some of those challenges here in the U.S.,” Baker said. “They’ve got pretty much all the stores they’re going to have,” he predicted.

You'll automatically be entered in the HTR Sweepstakes, and get the hottest audio deals directly in your inbox.
0 0 vote
Article Rating
Subscribe
Connect withD
Login
Connect withD
0 Comments
Inline Feedbacks
View all comments
Author
Jeff Berman
When you buy through links on our site, we may earn an affiliate commission. Your support is greatly appreciated!
This is the static ad content. This is just a placeholder for now to get things styled.
Visit Website