When was the last time you heard someone say, "That movie smelled great"? It's probably a phrase that's never been uttered, but soon that may change. Looking back through motion-picture history, one trend continues to this day: movie theaters trying... 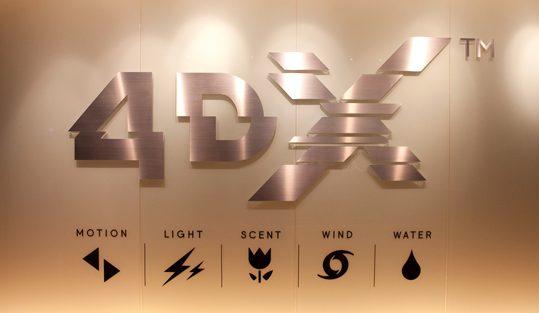 When was the last time you heard someone say, "That movie smelled great"? It's probably a phrase that's never been uttered, but soon that may change.

Looking back through motion-picture history, one trend continues to this day: movie theaters trying to outdo home televisions. First, the theaters went widescreen to give theatergoers a bigger picture. Eventually, so did television. Then came 3D movies, and again television soon followed. Next came surround sound, and before long that was available at home, too.

The fact is that movie theaters have been trying to stay one step ahead of the home viewing experience for decades. Why else would we pay $6 for a soda and sit through 20 minutes of commercials to watch a movie that will be on Netflix in three months? As home theaters have closed the gap with movie theaters, most home theater owners I know rarely go to the actual movie theater anymore. The movie industry knows this and now has a new trick up its sleeve, something you won't find in any home theater (yet). It's called 4DX.

What Is 4DX?
First off, here's what 4DX isn't. It is not D-Box, which is a (poorly named) company that has been outfitting theaters (and homes) with motion-controlled seating that syncs with the film onscreen. This technology has not taken the world by storm. For starters, it really only works for action-heavy movies. In addition, there aren't many D-Box-equipped theaters around because the initial cost to build them is much higher than a normal theater. And perhaps most damning, few people outside the industry have heard of it or know what it is.

As an evolution of the "motion seating" concept, 4DX doesn't add just one new aspect to the film-watching experience; it adds eight. It is not simply a seating system but a theater-wide experience that aims to envelop the audience in a way that's only been dabbled with in the past. Think William Castle's The Tingler with buzzing seats or Robert Rodriguez's Spy Kids 4D with Smell-O-Vision scratch-and-sniff sheets.

Since home theater manufacturers are getting quicker on the draw when it comes to evening the odds with movie theaters (witness curved TVs and Dolby Atmos for the home), it seems the folks at 4DX really want to throw down the gauntlet and create something that needs to be experienced, not just seen and heard, in a movie theater.

What Does 4DX Do?

The first and most obvious thing that 4DX offers is motion-controlled seating. A car swerves onscreen, and your chair tilts to the side. A building blows up, and your chair rumbles. It's a decent concept. The drawback thus far has been that, unlike similar "rides" at theme parks like Universal Studios, films aren't made specifically for motion-controlled seating, so all the motion effects are added afterwards and converted into a "motion code" waveform that the seats can respond to. While the motion control might be great for the aerial sequences in Top Gun, what about the other 90 percent of the movie where people just stand around and talk?

That's where 4DX ups the ante.

That's a lot of new technology to jam into a theater. With the possible exception of bubbles, I could see all of the effects being put to good use. Imagine feeling the wind pick up as a tornado approached in Twister. Or feeling the spray of the ocean in Point Break. The smell of the field of flowers in The Sound of Music. The rumble of a crumbling building in pretty much any Michael Bay movie. Really, the possibilities are endless.

Again, though, the films are retrofitted for the 4DX system by their own engineers. Don't think that Peter Jackson sat down and worked out all the wind and scent effects for his latest Hobbit film, because it wasn't him at all. Some people might think that may compromise the director's vision. Worse yet, what if the effect doesn't feel quite right or is too "on the nose"? Imagine smelling roses when Kane says, "Rosebud," or getting a mist of water when someone sneezes.

To find out who's behind 4DX and more about the 4DX experience click on to Page 2 . . .

Who's Behind 4DX?
4DX was created by CJ 4DPLEX, Co., Ltd, which is based in Seoul, South Korea, and has offices in Los Angeles and Beijing. The first 4DX theater opened in Korea in 2009, and theaters in Mexico, Brazil, Chile, Peru, Venezuela, Russia, Hungary, Czech, Indonesia, and Japan soon followed, totaling over 100 theaters in 24 countries. (Keep in mind that 70 percent of 3D ticket sales are in countries outside of the U.S. - they seem more receptive to gimmicks like this, so the tactic makes sense.) They are soon opening a 4DX theater at the LA Live Regal Cinema. This should prove an interesting test of consumer interest in the tech because, if there's one town that's all about movies, it's L.A.

CJ 4DPLEX is not alone in this endeavor, partnering with many backers. Asian and European theater chains like CJ CGV, Major Cineplex, Cinema Park, Blitz Mega, and VOX are onboard. Here in the States, AEG (owner of The Staples Center, The Los Angeles Kings, The LA Galaxy, and a major real estate developer) is a known name, but what 4DX really needs is the support of a theater chain like Landmark Theaters or a major movie studio like Sony. For now, they have a tough road ahead of them when it comes to educating potential consumers about their product and convincing theater owners to invest in more expensive equipment.

The 4DX Experience
One question will be how much cost the 4DX experience adds to the ticket. With 3D films already around $20 here in L.A., cost could be a big hurdle. Another is marketing. How do they plan to spread the word? The most obvious question is simply, do people want this? Is it easier to get immersed in a film when you are constantly bombarded by exterior environmental effects, as opposed to just sitting comfortably and focusing on the screen? I will soon attend the first U.S. showing of a 4DX movie (Transformers: Age of Extinction - a movie that begs to have smoke, rumbling seats, and the smell of gunpowder wafting through the theater). I will follow up this article with another describing how it went and whether or not I think 4DX is a viable option in today's cinema marketplace.

As for taking the 4DX experience home with you, that's not an option...yet. But I wouldn't be surprised if they're working on it. After all, D-Box did it, but its system is much simpler and less immersive. IMAX is also trying to reach the home market, albeit with mixed results. I would imagine a home 4DX system would be for those who travel to work by Gulf Stream, but who knows? Maybe a cheaper consumer version is a viable option. Then again, if the goal of 4DX is to get people back into theaters, perhaps the home market isn't even a concern at this stage.

The bigger issue is that the technology seems tailored for certain types of movies, meaning fewer films will be available to show. I don't think I need to see The Wedding Planner or Schindler's List with environmental effects. Come to think of it, up until now, I never needed to see any movie with environmental effects. Maybe 4DX will change all that and, in 20 years, will be as ubiquitous as theater seats with cup holders. Time will tell.

Check back soon to read all about my 4DX experience!

You'll automatically be entered in the HTR Sweepstakes, and get the hottest audio deals directly in your inbox.
Author
Brandon Eberhart
When you buy through links on our site, we may earn an affiliate commission. Your support is greatly appreciated!