Will CES 2009 Flop Because of The Sagging Economy?

Will CES 2009 Flop Because of The Sagging Economy?

Everybody who has ever been involved in running a convention knows the nerve-wracking dread of head counts. Will enough bodies come through the door to make the event worthwhile? It seems strange to imagine that this could be a consideration for the Consumer Electronics Show (CES). 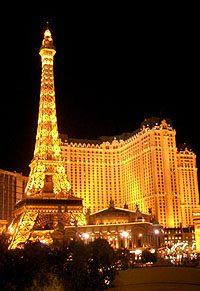 Big players like Sony have recently laid off over 10,000 employees and contractors. Circuit City is in bankruptcy protection and companies are pulling out of the show to save badly needed cash going into the New Year. "Cash plays" as they say in Vegas, which is the main reason why some companies are staying home for 2009.

The most notable absence from past CES shows has been the specialty AV dealer or installer. The CES show was once a sought after Vegas trip for the boys at the store but now is increasingly passed over for the September CEDIA trade show. It's not that any stereo salesman or chain buyer doesn't like the debauchery of Las Vegas but the sheer cost of CES has gotten out of control. Throw in the logistics of hour-long taxi lines and two hour cross town trips to see one brand's demo have become too much for many dealers to take. After a weak Holiday selling season, specialty dealers are even less likely to make their way to Vegas this year as block room rates for hotels are increasingly expensive (upwards of $700 to stay at The Venetian where the specialty AV suites are located) and airlines have cut flights and raised the price of tickets making the show even more difficult for the specialty AV dealer and or installer to attend.

CES will not be a failure in 2009 assuming you work in the computer and cell phone business. Microsoft and Intel will power the show and players like Motorola will keep the halls packed with the people that used to attend COMDEX in the late 1990's who now view CES as their main tradeshow.

The real draw for many who come to CES is the press and the press core loves the assignment of CES especially in the mainstream media. The press coverage that CES gets is worth billions of dollars. It's hard to predict if there will be a big story of the show like the "Blu-Friday" announcement at the 2008 CES show. Perhaps 3-D content will make a splash or perhaps 4k video resolution that is many times more resolute than 1080p?

In the end CES can rest assured that the "Adult" industry knows no recession and powered with HD video now - there is no stopping that part of the CES party even if the AVN Awards have taken on a life of their own.

Deflowering the Myth and Mystery of the CES Trade Show