Will the Tablet Kill the Small-Screen HDTV?

Will the Tablet Kill the Small-Screen HDTV?

In the lead-up to the International CES, several of the big-name TV manufacturers - including Samsung, LG, and Toshiba - held webinar press conferences to give members of the press a sneak peak at some of the planned product offerings... 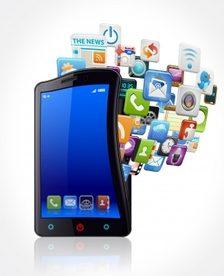 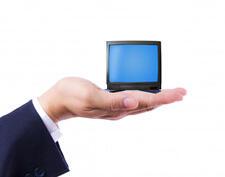 In the lead-up to the International CES, several of the big-name TV manufacturers – including Samsung, LG, and Toshiba – held webinar press conferences to give members of the press a sneak peak at some of the planned product offerings for 2014. Unlike the big-picture press conferences you get on CES press day, which are heavy on hype and attendees, these webinars are simpler, more intimate affairs (well, as intimate as an audio webinar can be) in which the company can provide more specifics to a smaller group of press people that cover a certain topic. In this case, the topic was video, particularly TVs, and I for one appreciated the fact that I didn’t have to sit through announcements about smart fitness devices, smart kitchen appliances, and even smart hair dryers to get to the details I care about.

An inherent element in each of these webinars is the breakdown of industry trends, where the manufacturers go over current and predicted sales numbers to help explain their design and marketing approach in the year ahead. This year, a couple of points jumped out at me in the TV category. First, all three companies seem to agree that the only major growth category in HDTVs, both in unit sales and revenue, is at the larger-screen sizes of 50 inches and above. This isn’t really a surprise. As the price of 1080p TVs drops, people are moving to larger screen sizes, thus there are more unit sales. Also, the expected rise of large-screen Ultra HD TVs that carry a higher price tag should help increase revenue in that category.

What really caught my eye, though, was that the smallest-screen TVs, sized 32 inches and less, are taking the hardest hit in terms of overall sales and revenue. Toshiba cited NPD numbers showing that, from October 2012 to October 2013, unit sales of TVs under 18.4 inches fell 68.4 percent, TVs sized from 18.5 to 21.4 inches fell 35 percent, TVs sized from 21.5 to 26.4 inches fell 22.2 percent, and TVs sized from 30 to 34 inches fell 12.3 percent Oddly enough, the 27- to 29-inch range saw a huge increase of 1,017 percent, but that’s clearly bucking the overall trend. While small by home theater standards, a 26- to 32-inch HDTV still seems like the ideal size for a bedroom TV and, given that you can pick up a fairly well-featured 32-inch HDTV for less than $300 these days, I would’ve thought that the sales volume would at least remain consistent. That clearly is not the case, however, and the explanation for this decline, suggested by more than one manufacturer, is the rise in popularity of the tablet.

It makes sense. For many of us, the tablet essentially acts as a portable TV, thanks to the explosion of streaming video-on-demand services like Netflix and Amazon Instant Video, as well as the TV Everywhere initiatives by the cable/satellite providers that actually allow us to watch live and recorded TV on the go. The numbers seem to suggest that someone who has a couple hundred dollars to spend on a video device would rather spend it on a portable device with a smaller screen than on a stationary device with a larger one. Then there’s the fact that a tablet can be more than just a TV; it can also be your computer, your camera, your phone … and then some. No matter how smart our networkable TVs are getting, I still find it faster and more intuitive to use a tablet or smartphone to check email, browse the Web, and engage with my friends through social networking. The tablet can wear many hats and wear them well; so, for many, it’s just a smarter investment than a small-screen HDTV, even a “smart” one.

Click on over to page 2 to find out how this trend will affect the Home Theater industry . . . 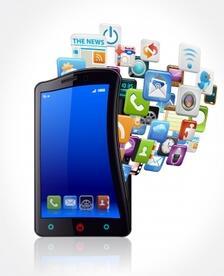 A few months back, I came across an article that I think reinforces the notion that tablets (and other portable devices) are hurting smaller-screen TV sales, especially amongst Millennials who may now be settling in to their first apartment or condo and deciding how to furnish it. A recent report showed that people ages 18 to 24 watch the majority of their video content via smartphone. The numbers break down as follows: this age group watches 20 percent of video via smartphone, a little over 15 percent via tablet, a little under 15 percent via computer, under 10 percent via live TV, and under 7.5 percent via DVR. Apparently this small-screen viewing is not just taking place on the go; young people are choosing to watch video on these devices even within the home. TV shows were still the number one video source being watched on these devices, at 37 percent, with user-generated content coming in a 33 percent and movies coming in at 28 percent. Younger audiences still love their TV shows; they just don’t feel compelled to watch them on a traditional TV set, so why buy one?

When I linked to that article on our Facebook page, I posed a question to them that I pose to you now: do you think this trend – this growing preference for smaller-screen viewing, even within the home – will affect the future of the home theater industry? It’s obviously affecting the sale of smaller-screen TVs in the present, but should there be cause for concern that it will move up the ranks? On the one hand, TV manufacturers are saying that the large-screen category is the only place where they expect to see real growth; on the other, we’ve got a large demographic of future spenders choosing to put their money into smaller-screen portable devices. The MP3 and iPod certainly affected the higher-end audio industry; is the higher-end video industry more bulletproof? I give the TV manufacturers props for trying to be forward-thinking in this respect – for embracing the popularity of tablets and smartphones by trying to make it easier to connect them as a source. Third-party devices like the Google Chromecast also allow you to easily meld the two, which may be all it takes to keep the big-screen TV relevant and interesting to the next generation of shoppers. Stuck in the middle, though, are those poor small-screen TVs – too big to be portable, too small to have any wow factor, and looking toward a grim future indeed.