Will the Wireless Home Theater System Ever Become a Reality? 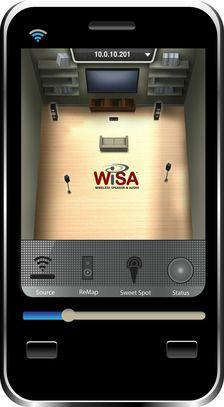 Will the Wireless Home Theater System Ever Become a Reality?

It was the year 2005 that I sat down to review my first "wireless" home theater system, which actually required the running of more physical wires than your standard 5.1-channel HT setup. The approach from the start was less about...

It was the year 2005 that I sat down to review my first "wireless" home theater system, which actually required the running of more physical wires than your standard 5.1-channel HT setup. The approach from the start was less about cutting down on the number of wires and more about creating a wire-free zone in the middle of the room: The front three speakers would be wired to the system's receiver in the traditional fashion, while the surrounds would be wired either to a subwoofer/amp or some type of wireless transmitter that had to plugged in behind the listening area. The rallying cry was, "At least you don't have to run speaker wire across the room from front to back."

About a year and a half later, I revisited the topic of wireless audio. At this point, music transmission over WiFi was gaining steam, and we were seeing more devices that let you wirelessly transmit audio from an iPod or computer to an audio system. A few wireless speakers were available on the market, usually a single speaker or pair of speakers that came with a wireless transmitter and receiver for use either as surrounds or as a wireless zone-two option (I wrote about the JBL OnAir Control 2.4G. We also saw some wireless adapter kits, like KEF's Universal Wireless Speaker Kit, that let you add wireless functionality to any speakers via a transmitter/receiver combo. Most of these systems worked over the 2.4GHz band.

Fast-forward to today, and we all know what has transpired in the area of wireless music distribution - that category has exploded, and there's certainly no shortage of AV receivers, AV servers, HDTVs, tabletop speakers, streaming media players, and gaming consoles that allow you to wirelessly move your music around the house. But what happened to the promise of a wireless home theater system? We've got plenty of active soundbars with wireless subwoofers, and the "wire-free zone" approach is still alive and well, as a number of HTiBs from big-name manufacturers like Samsung and LG offer a wireless surround option. But why hasn't it evolved beyond that? Why have we so successfully cut the chord in other areas, but we're still running speaker cable to the vast majority of multichannel speaker systems?

The short answer is, the signal quality and reliability simply wasn't good enough. In the world of network/Bluetooth/AirPlay audio streaming, signal dropouts happen from time to time, and we live with it. You're streaming music from your iPhone to a tabletop radio, you pop your daughter's lunch in the microwave, and the song cuts out for a few seconds. Most people are willing to accept the occasional interference issue in a casual streaming product, but the same is not true in the home theater. If you've invested thousands of dollars into assembling a high-quality multichannel HT system, even the rare signal dropout is simply unacceptable. The customer won't tolerate it, and the custom installer wants no part of that risk, since they will ultimately get the blame if the system performance is not reliable.

Click on over to page 2 to learn about the WISA and what it means for wireless . . 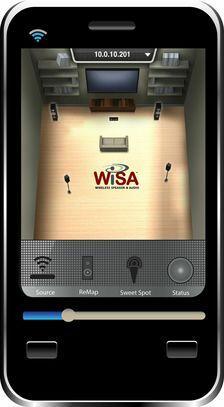 And thus the wireless HT system has remained the great idea that never quite was - destined to exist on the fringe but never become the norm, right? Not if WiSA has anything to say about it. The goal of the Wireless Speaker & Audio (WiSA) Association, first established in 2011, is to promote a wireless audio transmission standard that ensures high quality, high reliability, and interoperability between products. The WiSA standard, which is built around the Summit Wireless Audio integrated circuit, supports 24-bit audio at a sample rate from 32 up to 96 kHz, from two channels up to 7.4 channels. Steering clear of the crowded and interference-prone 2.4GHz band, the WiSA standard operates in the 5GHz U-NII spectrum - specifically, up to 24 channels in the Dynamic Frequency Selection (DFS) sub-band between 5.2 and 5.8 GHz. This sub-band is shared with military and weather radar, and the rule is that any equipment operating within it must use DFS and be able to immediately hop to a different, open channel when radar is detected. Because a WiSA system is always monitoring for clear channels, if it should encounter interference, it can automatically jump to a different channel in a purportedly seamless manner that the end user will never notice. WiSA claims a 5ms latency and a speaker-to-speaker delay under 160 nanoseconds, with an estimated signal range of 30 x 30 feet. You can learn more details on the Technology page of WiSA's website.

WiSA reps will admit that getting manufacturers and installers fully onboard was slow going at first; the phrase "once bitten, twice shy" can certainly apply to AV manufacturers in search of the next big thing, especially in a struggling economy. However, the tide does seem to be turning, as more high-profile manufacturers are signing on as members. WiSA doubled its membership in 2013 to 25 companies, including a few names you might have heard of: Definitive Technology, Polk Audio, Sharp, Bang & Olufsen, Paradigm, Anthem, MartinLogan, Onkyo, Gibson, Pioneer, and Klipsch. More member companies means more potential products that will bear the WiSA logo in the next few years, and one of the association's points of emphasis is to ensure that any product with a WiSA logo meets the standard's criteria in order to ensure interoperability between manufacturers.

At the recent International CES, several WiSA-certified products were on display. Bang & Olufsen showed off the BeoLab 17 ($3,990/set) and BeoLab 18 ($6,590/set) wireless active speakers, the BeoLab 19 wireless subwoofer ($3,395), the BeoVision 11 HDTV, and a transmitter and receiver that would add the wireless functionality to legacy B&O systems. Before anyone feels compelled to point it out in the Comments section, we will remind you that active speakers and components still need to be plugged in, so even these models are not 100 percent wire-free...but let's jump over one hurdle at a time.

Sharp introduced a WiSA-certified universal disc player (the SD-WH1000U, $3,999.99) that can be wirelessly linked to an active speaker system like the B&O to stream the audio signal directly from the player to the speaker system. The Sharp player sports three HDMI inputs to route your other sources through it, and it also supports wireless video transmission of the 1080p signal to a compatible TV. Sharp also introduced a wireless bridge (the VR-WR100U, $599.99) that allows your own speakers and amp to work with the SD-WH1000U. WiSA's CES demo room included a few other certified products, like an Accusound 5.1-channel bookshelf speaker system and a Hansong HDMI adapter.

I'm 100 percent onboard with the idea of wireless HT systems and can't wait to get rid of the speaker cable in my home theater, so I'm glad to see the establishment and enforcement of a standard and the progress WiSA has made amongst manufacturers. Simplifying the setup process and removing the need to run speaker cable could lead to the boon we've been waiting for on the audio side of the equation, especially in the entry- to mid-level categories where consumers are less likely to engage the services of a custom installer - although I also think custom installers can benefit from increased enthusiasm over the cool factor of wireless systems, if they're willing to take the plunge.

What do you think? Are you excited by the thought of wireless HT components and speakers? Would that motivate you to upgrade your system? I'm especially curious to hear from the custom installers amongst us? Will you add WiSA-certified products to your lineup, or are you still wary? Let us know in the Comments section.