Wishful Thinking: Products That AV Companies Should Make (But Don't) 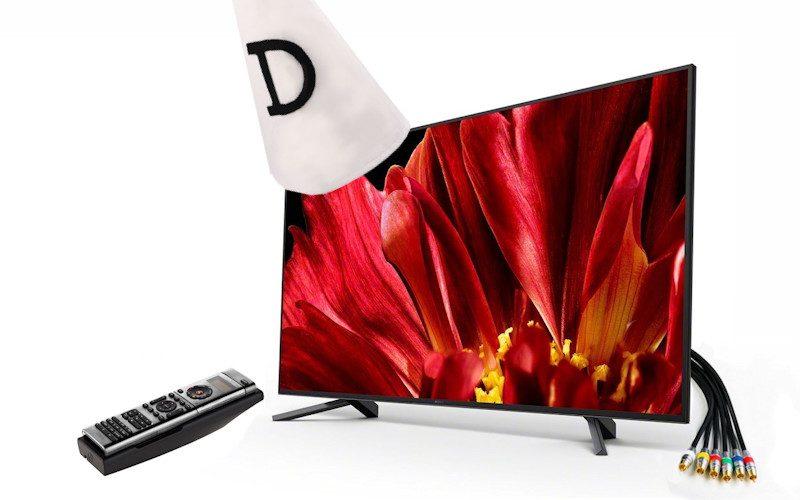 Wishful Thinking: Products That AV Companies Should Make (But Don't)

What AV product would you buy in a heartbeat... if only it existed?

We sometimes get angry emails from readers who, for whatever reason, want to read more one-star reviews. Truth be told, though, it's getting harder and harder to find bad AV products, let alone ones that are true stinkers. Moreover, we don't go out looking for the junk versus the gems. I can personally only say "yes" to 104 total reviews (featured and quick review formats combined over a 52-week schedule) in a given calendar year. When you look at all of the truly cutting edge products out there that we absolutely must cover (think: Sony Master Series OLEDs, Samsung QLED TVs), as well as fan favorite stuff like Oppo players (God, I miss those guys already) and Emotiva AV preamps, you can see that our plate fills up quickly.

We are also completely transparent in the fact that we like to review products from our advertisers (no, advertising doesn't influence the review, but they help us keep the lights on, so we do our part to give them some ink, good or bad), and we purposefully try to make sure that we allocate a few of the 104 spots to new companies whom nobody has heard of.

It's a tricky balance, as I am sure you can imagine. And part of deciding whether or not to review a product boils down to whether or not it looks like something we would want in our own homes before we've ever laid hands on it.

The are some products, though, that we reviewers would love to see made and that we would jump on for reviews the second we saw them. Except that we just don't see them. Nobody really makes them. Dennis Burger, Andrew Robinson, and I have been commiserating over our own personal crosses to bear in terms of review products and we want to them share with you, as well as hopefully inspire the companies to take action. Who knows? The power of the pen can be pretty mighty. But I think the power of the wallet is stronger, and we would open our wallets in a heartbeat for these, if anyone made them.

Jerry's Pick: A Bulletproof Universal Remote Control
The (sadly now discontinued) Crestron MLX-3 is one of the best remotes ever made, and I have raved about it over and over. I have one in damn-near every room of my home. Control4's SR-260 system remote is very nearly identical in many respects, and Dennis swears by it.

The advantage of this remote is that unlike a phone or iPad, it's literally perfect for channel surfing and management of so many other features. HVAC control? It'll do it. Lighting and shades? Super easy. Roku, Apple TV, Kaleidescape? Piece of cake. The little scroll bar on the right allows for fast access on the small but effective screen.

Don't get me wrong: I've got three iPads around my house dedicated to running the Crestron Application, all dialed in to my system's needs, but that's a different experience. The iPad is great for home control as you're walking from room to room. But plant your butt in a seat and start controlling an AV system, and touchscreen interfaces like this just suck.

As fantastic as the Crestron MLX-3 is, though, it's far from perfect. One stunning weakness is that the unit is made of pretty cheap plastic. The battery covers on two of my remotes are broken from basic use. Why in the world is there not an aircraft aluminum or titanium version of the MLX-3 (or the Control4 SR-260)? How much could the housing cost? Whatever it is, I will pay it for the rooms that I use the remote in most often. Some rooms are perfect for plastic. Higher-use locations (including outside) demand a better product. And while we are at it, let's add some footings on the bottom of the remote so that it sits flat on various surfaces without damaging them.


Have you noticed that nearly all 4K TV, from a Sony Masters Series or reference LG OLED down to the TCLs sold at CVS, are "smart TVs"? I have a Roku, and I bet you do too. The Roku can do pretty much any and everything you need: 4K video that rivals a UHD Blu-ray player, pretty much every app you could dream of, music streaming, and more, for less than $90. And unlike most smart TV platforms, it's updated pretty regularly.

So, do you really need a smart TV? It's a concept that Dennis throws out there from time to time. He just wants a top-notch, high-performance display with all of the video processing and calibration features of a flagship model, but without the stupid on-screen UI and built-in apps.

It's possible that it just doesn't make any sense for video companies to make a dumb TV of this sort. The licensing fees that they pay for their own apps and UI are probably less oppressive if stretched out across their entire line and. Perhaps making a dumb TV is a dumb idea. But I would love to pay say $200 less (or even $100 less!) for a TV that I can't talk to or that can't run Amazon Prime Video on its own. I want TV companies to do what LG has done and offer a legitimately calibrated display out of the box. Now that is kick-ass. I want to dial in "Cinema" or "ISF-Dark" mode and have the TV be SMPTE calibrated without paying $500 per set to get to these levels of video excellence.

Yes, I get that the TV companies want to "push blue" and be as bright as possible in the showroom. And I get that smart connectivity is another bullet point that manufacturers can slap on the side of the box. But I'd prefer a TV that's dumb and accurate.

Andrew's Pick: A 4K Display with 5.1/7.1 Analog Outs
Riffing a bit off of Dennis' dream component of a dumb TV, I would like a TV that gives you more than just a pair of stereo outputs. Wait, what!? Most displays in the modern era, along with giving you Apps like Netflix and Hulu, also give you Dolby Digital and DTS decoding, just like your AV receiver or preamp. So, at virtually every single step of your home theater signal chain you have the ability decode/process multi-channel audio, though virtually every manufacturer makes you wait until that signal reaches your preamp, processor, or receiver before finally deciding to do anything about it. That's just silly.

The truth is, you could build all the functionality of a modest AV receiver or processor into a display, put six RCA style analog outs on it (or a cable snake type connector), allowing users to feed powered speakers or go direct into a multi-channel amplifier, then to your speakers. It would cut down on a mountain of cable clutter, not to mention components, while at the same time giving displays a legitimate reason to cost more in a market that puts a premium on charging less. Due largely to copy protection concerns, there is only one company on the market today that makes a display like the one I'm describing--Bang & Olufsen--only their TV is part of a closed ecosystem, meaning it only works with their speakers, which is a non-starter for many. Still, imagine the possibilities. Imagine the idea of Sony or Samsung (which owns Harman now) making the World's First Audiophile Television. Wouldn't that be sweet?

So, we turn this question over to you, HomeTheaterReview.com readers... What Wishful Thinking products would you like to see made? Get creative and post your comments below. And take it from me: every AV industry executive that matters reads these articles. Who knows, you could be inventing the next 3M sticky note or perhaps something even more meaningful for our hobby. We can't wait to hear from you.

You'll automatically be entered in the HTR Sweepstakes, and get the hottest audio deals directly in your inbox.
Subscribe
Connect withD
Login
Connect withD
0 Comments
Inline Feedbacks
View all comments
Author
Jerry Del Colliano
This is the static ad content. This is just a placeholder for now to get things styled.
Visit Website