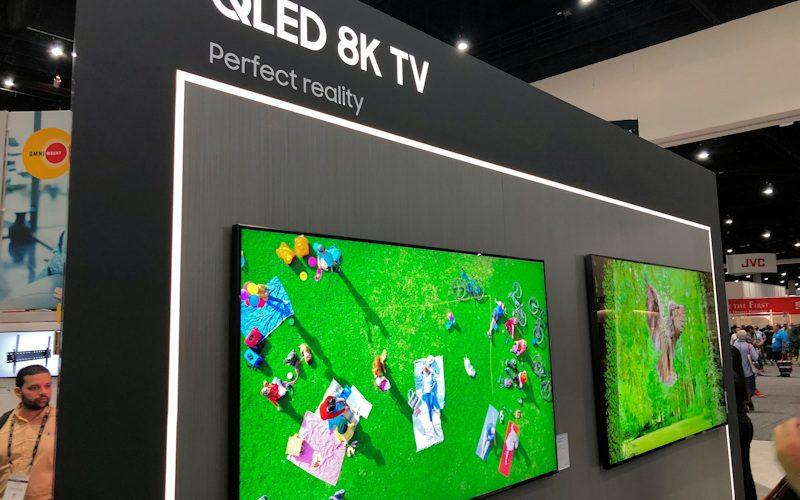 During my workday I talk with all sorts of people from every corner of the specialty audio/video industry. Public relations experts, AV manufacturer executives, dealers, distributors, consumers/readers... the list goes on. A few days ago, a PR buddy of mine,... 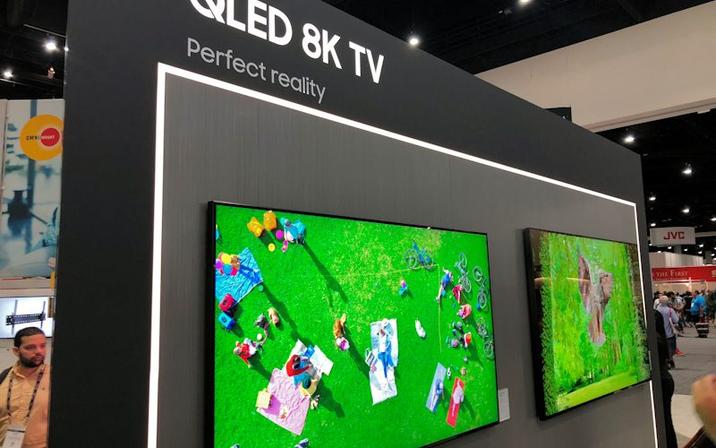 During my workday I talk with all sorts of people from every corner of the specialty audio/video industry. Public relations experts, AV manufacturer executives, dealers, distributors, consumers/readers... the list goes on. A few days ago, a PR buddy of mine, who used to work at one of the big-four video companies and whose current biggest client is one of the leading video companies, brought up an interesting question. The engineers at his client's factory say "8K is coming whether you like it or not," and in fact the panels will pretty much be hard to avoid, just as UHD panels have pretty much pushed HD panels out of all but the dustiest corners of the display market. The question on the call was raised: would you (the consumer) rather have a big 4K TV today, meaning a 75- to 85-plus-inch flat TV, or would you want 400 percent more resolution in what will be assuredly a smaller, more expensive, harder to make 8K set? The answer is a little trickier than you might expect.

Let's be clear about what sells 4K TVs today. It isn't the increased resolution. Yes, 4K UHD TVs have 400 percent more resolution than 1080p TVs. That is the math, but it isn't the real reason why people actually buy 4K UHD TVs today. Unless you sit seriously close to normal sized 4K sets, it can be hard to see the difference between 4K and 1080p, as shown in this nicely done breakdown over at ReferenceHomeTheater.com. The real reason why UHD TVs are highly compelling on a performance level is that they have better color space, meaning billions upon billions more colors than the former 1080p standard. Pair that with HDR (high dynamic range) contrasts, which adds clarity and detail to darker scenes in ways never available before, and there are two strong, real-world performance reasons why people buy or upgrade to 4K today. Of course, there are other factors, like old, flat TVs simply breaking, or price points and sizes that are so tempting that consumers can't resist getting a tasty new 4K set.

Other issues include bandwidth. Let's be honest about where we are at with 4K right now: there isn't all that much content in the mainstream, broadcast in 4K. Yes, Amazon and Netflix are cranking out award winning TV series and movies like Roma in 4K for streamers, which is fantastic, if not game changing. But take a look at the world of sports in 4K. ESPN is still broadcast in 720p. Very little sports beyond a scant number of MLB baseball games, NBA basketball games, and The Masters get to us in 4K. Most cable companies (outside of the fiber providers) have no 4K at all. DirecTV has a few 4K channels for movies and demo programming, but if you want to watch your favorite sitcoms or dramas in 4K, you aren't getting that today. The data pipeline isn't ready for it just yet, and to upgrade that costs one pretty penny. So other than over-the-air broadcasts in Japan, how is 8K going to make sense anytime soon? Video scaling? C'mon. I eBayed my Faroudja line doubler a long time ago.

Another problem with 8K is the fact that most Hollywood movies are finished in 2K when transferred from film to digital intermediate. To get them to 8K would require costlier postproduction (including digital effects rendering) at a time when Hollywood revenue is slipping.

So, in your system, would you rather high a higher-resolution 8K TV or a bigger, more immersive 4K UHD TV perhaps in the 75- to 85-inch range for about the same money? Right now, today's more value priced sets are pretty damn large, pretty fantastic, and perform within a reasonable few percent of the measurable performance of today's state-of-the-art displays for about one third of the price. That's incredible value paired with game changing performance. Today's large LEDs at upwards of 75 inches diagonal can smoke the performance of 4K sets from the recent past costing much more.

Additionally, more and more of these more huge-and-affordable sets are coming packed with pre-calibrated video modes that allows Joe Consumer to easily get the set out of "torch mode" (and yes, today's 4K sets still come preset to the worst, most damaging setting) and with three clicks of the factory remote meet many if not all of the ISF and or SMPTE video standards. That concept was unthinkable mere years ago. These affordable sets' black performance is actually approaching "absolute black," when the state-of-the-art sets like LG and Sony LEDs or Samsung and Vizio's quantum dot sets actually do meet this seemingly impossibly high video standard with a bigger investment. The short-short of it is: today is a very good day to buy a new 4K HDTV, even if 8K is coming.

In the end, as my buddy says, there is nothing any of us can do to stop the 8K movement, nor should we. 8K is coming even if there won't be discs to play it on, if Hollywood isn't really that into it, and broadcast pipelines are struggling to get to any meaningful level of 4K, let alone 8K. But until that time comes, we should celebrate the fact that today's 4K UHD TVs have ditched stupid technologies like 3D and curved screens and replaced them with upgraded color space and meaningful HDR technologies that make video look better than ever at a price that many can afford. It is an exciting time to buy or upgrade to a big, beaming 4K UHD TV, people. Exciting times, indeed.