X-Men: First Class sets the stage for the other movies in the franchise with style and very well executed action, directed by Matthew Vaughn and starring James McAvoy and Michael Fassbender 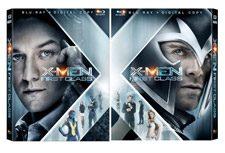 Before they were superheroes, the fate of humanity depended on an extraordinary group of youngsters who went on to become X-MEN: FIRST CLASS. This action packed blockbuster comes to Blu-ray on September 9 from Twentieth Century Fox Home Entertainment. X-Men fans will have the opportunity to choose between Professor X and Magneto with two versions of collectible Blu-ray packaging.