Yamaha continues to add to the company's Blu-ray player offerings. This time with the BD-S673 and the BD-S473, which both claim to work in concert with control apps and streaming options. 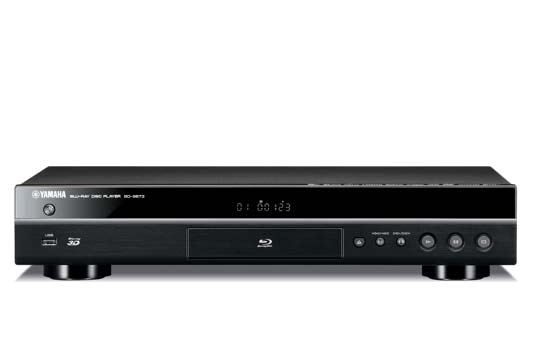 The Yamaha BD-S673 and BD-S473 deliver video and audio with 1080p/24kHz-compatible HDMI video output, full HD Audio decoding, and playback of all current HD formats and FLAC files. Fun and informative content from the Internet can be accessed via BD-Live and BonusView features. Additional content from portable devices and drives can be played back through the model's front and back USB ports.

The Yamaha SCENE mode with HDMI CEC, which is available on most of the company's AV receivers, enables users to power on the BD-S673 and BD-S473 models to playback content by pressing a single button on the receiver. Additional advanced operation and convenience features include DLNA client certification and on-screen display. An intuitive setup wizard instantly readies both models for operation and Internet connectivity makes it possible to quickly download future firmware updates.