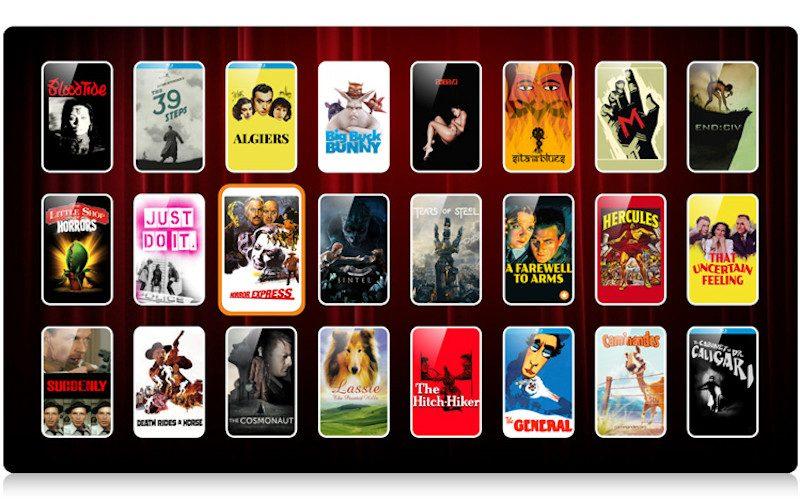 To enhance the experience of using the Dune HD Max player, there is the Zappiti Media Center Software. The software adds more functionality to the Dune HD player. Read on to see how well it performs. 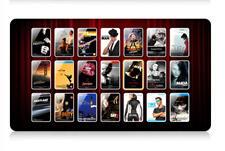 Earlier in the year, I took a look at the wonderful, and wonderfully powerful, Dune HD Max player. A true do-it-all product (minus SACD), the Dune HD Max is capable of being the centerpiece to any home theater system, and even a two-channel preamp in an audiophile one. What initially attracted me to the Dune was the promise of creating a Kaleidescape-like system on the cheap, a system that was capable of accessing true HD content stored elsewhere in my home and playing it back via the Dune HD Max. I found the Dune HD Max capable of carrying out my request, though the last part, that sexy K-Scape-like cover flow, fell to a third-party piece of software, Zappiti.

Zappiti is a Media Center front end, designed specifically for HTPCs and Dune players. Zappiti is free to U.S. customers, though it is a French program - in English, of course. The simple program can be downloaded from Zappiti's website, where you can immediately begin to use it in its fully functional demo mode. The demo period lasts for eight days, at the end of which you must apply for a permanent license - also free. To apply for a license, you must prove that you in fact live in the U.S. The best way to do this is to scan a bill or item of mail that shows your mailing address and email (there is an option for this on the registration screen) to Zappiti. Within 24 hours or so, you will be granted your permanent license, at which point Zappiti will be fully functional for as long as you use it.

Using Zappiti, in my opinion, is easy and straightforward, far easier than many of its competitors that include MyMovie and yaDIS. I don't consider XMBC a competitor, for it does not work on Dune products, and it's more of a full-featured program, whereas Zappiti is more or less a customizable front end or skin. To get started, you're going to set up Zappiti on your PC or laptop. From there, you'll direct it to look at your home network, specifically your Network Attached Storage drives (NAS) where your movies are stored. At present, Zappiti only catalogues and skins movies and television content, so those seeking a music interface are going to have to look elsewhere. Once you've shown Zappiti where your content is located, you simply tell it to scan those drives and/or folders and wait. It should be noted that for Zappiti to work properly, you should first make sure that your video content is set up in the following manner: Movies (master folder)/Movie Title (folder)/ Movie Title.chosen file extension. For example, I have the movie 2013 in HD stored on one of my local NAS drives. That film should be saved as 2013.mkv (my chosen format) inside a folder labeled 2013, which rests inside my Movie folder. Doing this will ensure smooth, trouble-free operation by not only Zappiti, but by all Media Center programs you may ultimately encounter or choose to use.

Once Zappiti has found or scraped your content, it will begin to populate those folders and subsequently your computer screen with metadata that also includes cover art. Ninety-nine percent of the time, Zappiti gets the information right. If it doesn't, it's easily remedied by simply right-clicking on the egregious art or metadata and selecting the appropriate info from a drop-down menu from the top menu bar. Because Zappiti populates your library with cover flow and metadata, it also breaks your library down for easy surfing should your collection be counted in the hundreds or even thousands of titles, rather than dozens. This is very cool. For sheer wow factor, though, there is nothing better than having to scroll through entire screens of cover art, which Zappiti provides with exceedingly smoothness.

Migrating Zappiti data to your Dune player is easy, thanks to Zappiti's export to Dune feature. You can store the Zappiti metadata locally on your network or NAS drive, but I would urge you instead to get yourself an SD card from Staples or Best Buy, something along the lines of 4GB, and store your Zappiti data there. The reason for this is simple: it will keep your cover flow and user interface smooth and quick to load, as well as making updates easier. Yes, you'll have to see if your PC has an SD card slot or you'll have to invest in a USB to SD converter or dongle for a couple of bucks, but I assure you, it's worth it. Exporting your library's metadata to an SD card via Zappiti is easy and, depending on the size of your library, will take anywhere from a few seconds to several minutes. My budding library is currently hovering around 200 Blu-ray quality discs and it takes around 10 minutes on my AMD A6 laptop. From there, you simply pop the now-populated SD card into the front of your Dune player and select the Zappiti folder from the menu, and boom: K-Scape-like cover flow. For free. Because Zappiti is really just a front end, it doesn't afford you any playback enhancements, audio or video; it is merely an archival tool meant to make searching your movie and television content easier.

Read about the high points and low points of the Zappiti software on Page 2.

High Points
• In a world where anything in the home theater game not only costs money but more money than you feel it should, Zappiti is a solution that truly solves a problem and does so free of charge.
• Zappiti may not be as robust as some Media Center software, but it's powerful and slick enough to do the job, not to mention it's simple (I say intuitive) to use.
• When asking it to scrape metadata for over 200 movies Zappiti only got two of them wrong, and only because the films were remakes that shared the same title info as their predecessors. Fixing the mistake was easy and straightforward.
• When you load your metadata onto a simple SD card, load times and control response are greatly improved, a worthwhile upgrade to this otherwise free program.
• Zappiti's graphics are crisp, clean and easily viewed, legible from across a room.
• Zappiti's free Android and iPad App brings control and cover flow to your tablet or smart phone - very cool.

Low Points
• I don't like the licensing procedure of Zappiti. I feel it could be easier, though one cannot complain too much about a free piece of software that works brilliantly.
• Zappiti will not catalogue nor provide cover flow or metadata for music files.
• While I recommend everyone write their Zappiti data to an SD card, it does add a step o
r two every time you want to update your library. Because I'm a control freak, I don't mind, but you may.
• Zappiti will not auto-update as you add content to your NAS drives. You must always launch the program, then hit the scan button, at which point it will then automatically scan your drives for new content. This may seem impractical, but some of the more automated alternatives a) cost money and b) make me nervous, for they keep your collection online, which could be problematic should a legal issue arise.

Competition and Comparisons
There are numerous HTPC or online media management solutions. Some of these are even free, though few work as seamlessly with the Dune players as Zappiti does. Among those that are compatible with Dune are MyMovies and yaDIS. MyMovies is probably the program more users turn to, though in my experience it's been buggy, unreliable and difficult to use. You may disagree, but its need for a constant Internet handshake has been nothing but a pain for me. As for yaDIS, I do not know if it is currently available any more and, since I'm not comfortable with beta editions or sketchy downloads, I've chosen to stay away. It is my opinion that if you're looking for an easy-to-use, nicely appointed and free solution for bringing organization and cover flow to your Dune experience, Zappiti is the best way to go.

For more on Dune and the various programs that are compatible with it, please visit Home Theater Review's Applications page.

Conclusion
When shopping for any product or service, few things beat free, especially when the free item turns out to be exactly what you've been looking for, which is how I feel about Zappiti. In terms of bringing K-Scape-like cover flow and organization to your existing movie and television collection, few do it better, or easier, than Zappiti. Try it - you have absolutely nothing to lose.