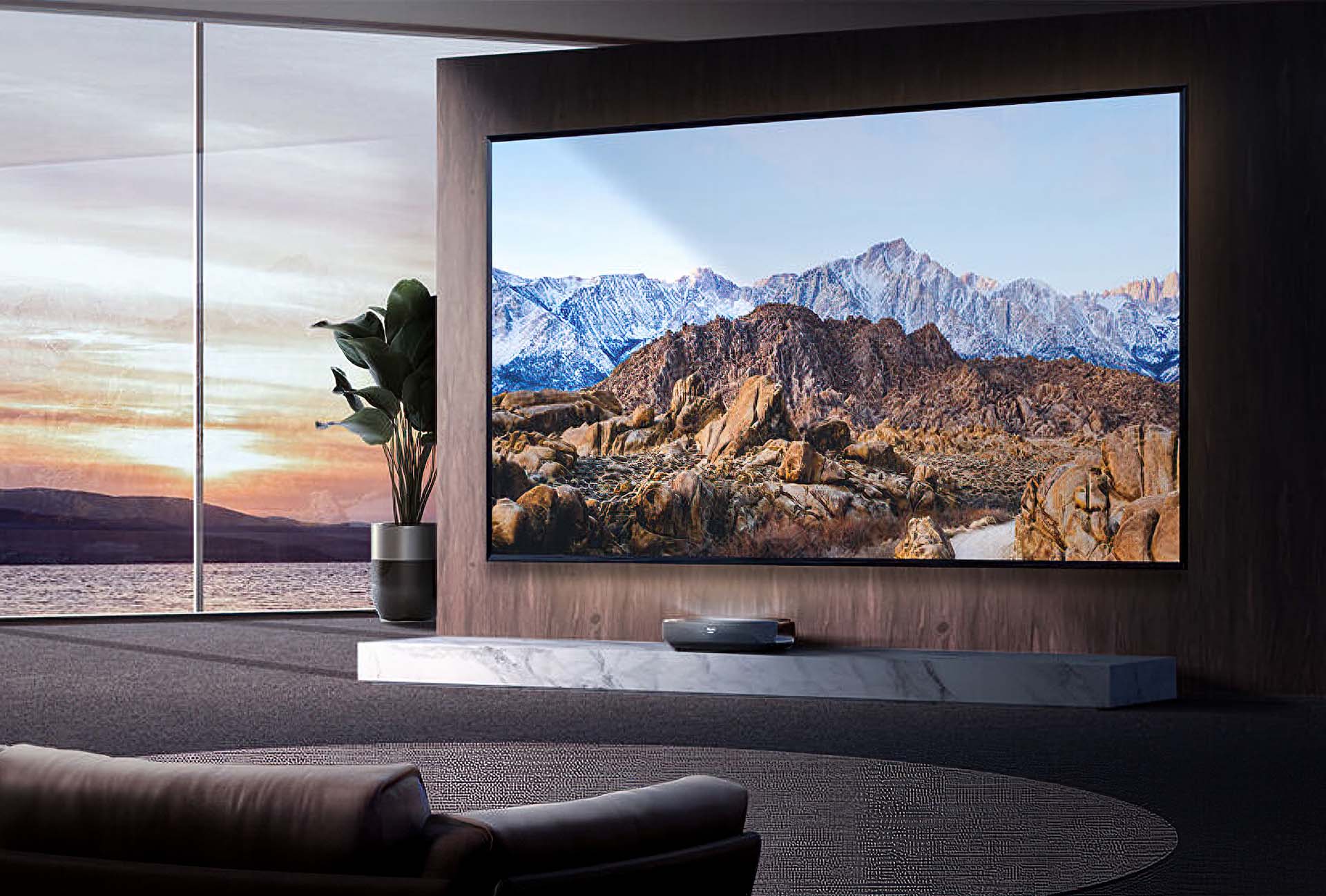 The Hisense L9G is a standout performer in a fast-growing and competitive category of ultra-short-throw home projection. 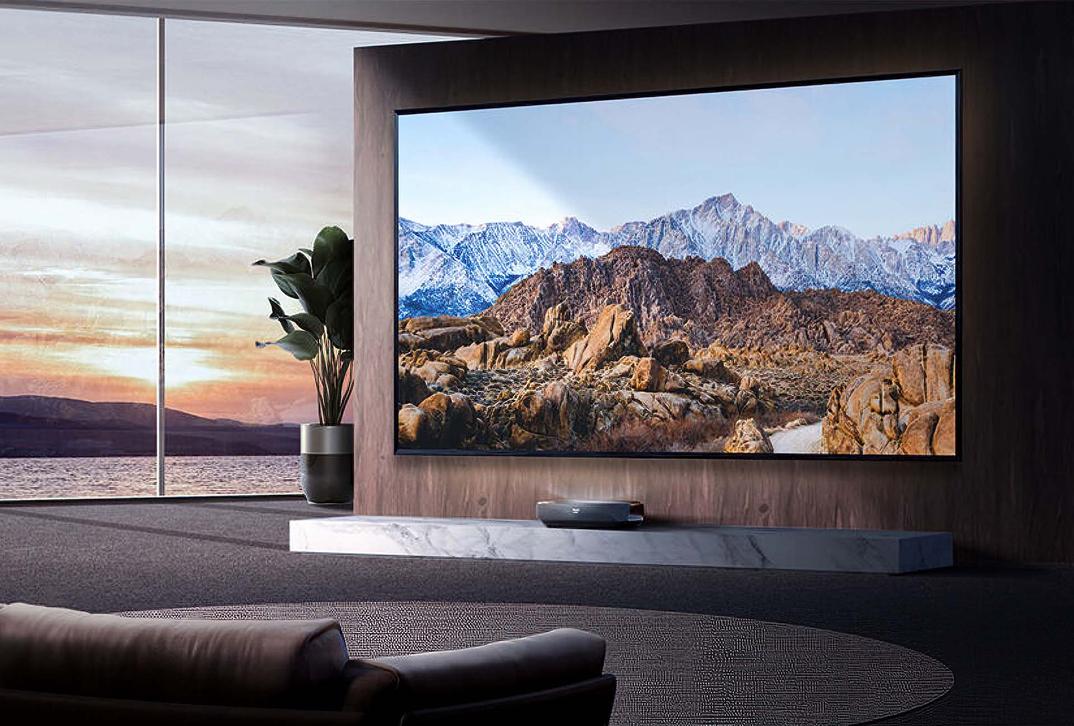 4K laser UST projection has recently blossomed into a competitive and growing category for consumers interested in a big-screen viewing experience that goes beyond what TVs can offer. These ultrashort throw models have a specially designed lens, and work with dedicated ultrashort throw ambient light rejecting screens, to create a cinematic viewing experience. All this, from a projector that can sit underneath the screen, and mere inches away from the wall. And among the 4K UST projectors currently available, the triple-laser Hisense L9G TriChroma model with 3000-lumen output is among the very best.

The reason we're giving the nod to the Hisense L9G is it is a very bright triple laser model. That means it can legitimately create some HDR-like effects, and it is bright enough to overcome a significant amount of ambient room lighting. The triple laser light source is a key part of the design, it allows the projector to achieve an extraordinarily wide color gamut, all the way up to rec.2020. In the process, it completely covers the rec.709 and DCI/P3 gamuts that are commonly used in HD SDR and UHD HDR mastering, respectively.

This Hisense has a game mode with reasonably low input lag, it also has calibration controls that allow you to dial in even more impressive color than what comes out of the box, and it's really quite good right out of the box.

The main thing is that the L9G offers a path to putting a 100-inch or 120-inch screen in your home, without the logistical nightmare of dealing with a TV that size, or for that matter the cost. This is a projection system that is at home in the living room, and for that matter, it even has a built-in tuner so it can act like a legitimate TV. It's both perfect for sports in the daytime and home theater-quality movie watching at night. And because it is ultrashort-throw, you never have to worry about anybody walking for the projector and blocking the light, plus installation is easy because the projector is located right next to the other electronics, instead of the opposite side of the room.

With this award-winning Hisense UST, you get the option of either a 100-inch or a 120-inch screen, which is included in the package. The screen is no afterthought, its high-quality frame is designed for adjustability after you've mounted it on the wall, which makes the installation process a lot easier. Plus, Hisense offers two different screen types, a cinematic lenticular screen that offers optimal viewing with dimmed lights, and a lenticular model that makes the most of the projector's output in brighter settings. We strongly recommend going with the lenticular screen that's designed for a more cinematic, high-quality presentation—it still looks great with some light in the room.

You'll automatically be entered in the HTR Sweepstakes, and get the hottest audio deals directly in your inbox.
Subscribe
Connect with
Login
Connect with
2 Comments
Oldest
Newest Most Voted
Inline Feedbacks
View all comments
Check Product Price
This is the static ad content. This is just a placeholder for now to get things styled.
Visit Website